Since we arrived in Los Angeles, we’ve journeyed to the Los Angeles Convention Center to grab a few pictures of E3 before it begins. We’re technically about two days away from the actual expo, but we wanted to get you some photos of the big event before it opens up.

We’ve already blown open a story about Sonic Lost World being playable in just two days, courtesy of some escalator banners, and here are the other highlights:

Batman: Arkham Origins and The Elder Scrolls Online are sharing some space between the South and West Halls, while Assassin’s Creed is taking up its usual banner stretch, this year for Assassin’s Creed IV: Black Flag, of course.

Inside the convention center, we found amazing posters for LEGO Marvel Super Heroes, Plants vs. Zombies: It’s About Time, Dying Light, and a new title from Square Enix called Murdered: Soul Suspect. Take a look below and let us know which games you’re most excited to see! 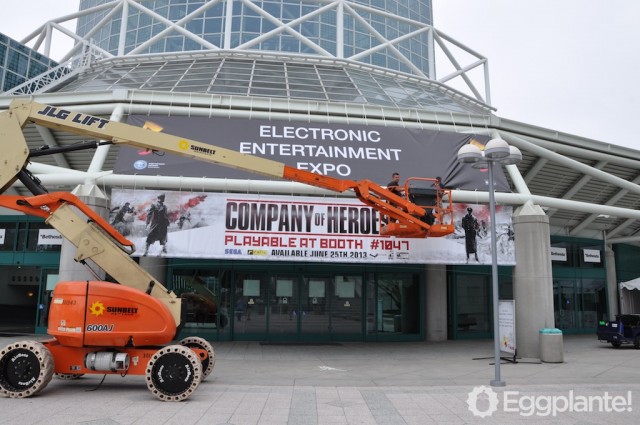