With this Summer’s currently-screening Iron Man 3 grossing over a billion dollars worldwide at this point, it seems that audiences still can’t get enough of Robert Downey Jr. as genius billionaire playboy philanthropist, Tony Stark! Despite that, RDJ’s five-picture contract with Marvel Studios expired with the release of Iron Man 3, which was also satisfied not just with Iron Man and Iron Man 2, but also by Stark’s appearances in The Incredible Hulk and The Avengers.

Following this, RDJ has expressed uncertainty about returning to the role that made him an A-list star, particularly following a nasty injury on the Iron Man 3 set that delayed production. This has resulted in intense negotiations with the highly money-conscious Marvel Studios, who clearly want to keep their main moneymaking star in the fold! In an uplifting display of altruism, RDJ countered by hitting the studio’s wallets, claiming that he wouldn’t return unless his Avengers co-stars received pay raises.

If you aren’t aware, RDJ was paid tens of millions of dollars for his role in The Avengers, whereas co-stars Mark Ruffalo, Chris Hemsworth, Chris Evans, Scarlett Johansson, Jeremy Renner, Samuel L. Jackson and Tom Hiddleston, were comparably short-changed. Each reportedly earned just shy of a single million, including Ruffalo, Jackson and Johansson, who are not only big-name actors, but received extensive praise for their standout performances in the movie; Ruffalo especially. 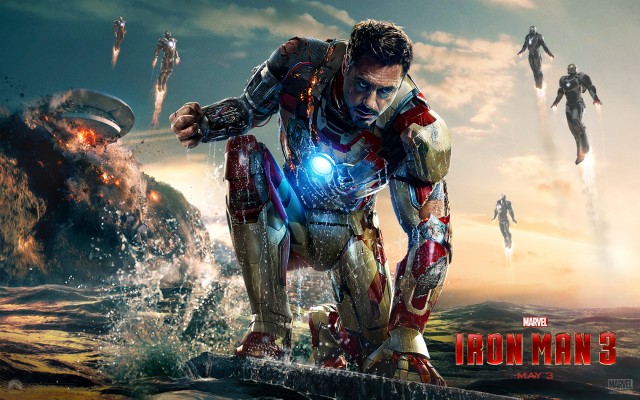 Considering that Marvel Studios has now grossed over a cool billion with Iron Man 3, and with The Avengers now being the third highest-grossing movie of all time (and the highest-grossing movie that James Cameron wasn’t involved with), they can surely part with a few more dollars for the other actors, as RDJ suggests.

Marvel Studios’ thriftiness has even gone as far as to spark another conflict with Thor and Avengers star, Chris Hemsworth, whose own contract is apparently up with this November’s release of Thor: The Dark World. Hemsworth is reportedly locked in a dispute with Marvel about being underpaid, leaving him unsure of whether he wants to take on the physically demanding role of Thor anymore.

Fortunately, after all of that drama, it appears that Marvel Studios has now accepted RDJ’s terms! The Iron Man star has inked a new contract with Marvel Studios, which will see him return to the role of Tony Stark/Iron Man for The Avengers 2, set to conclude Marvel’s Phase Two movies on May 1st, 2015, and The Avengers 3, which has been announced for the first time with this news, and is currently without a release date. 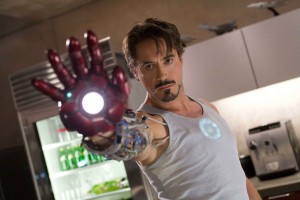 At this point, after Iron Man 3 was meant to definitively wrap up the character’s planned solo trilogy, it seems that RDJ has not accepted any role in a potential Iron Man 4, which Marvel no doubt wants, but has not confirmed work on in any fashion. It would seem that another solo Iron Man movie could be a long way off. To this end, Marvel Studios president, Kevin Feige has suggested that, if need be, Iron Man will be recast for future movies, though he will be the same character as RDJ has already established in the Marvel Cinematic Universe.

Still, the fact that we’re at least getting RDJ for two The Avengers sequels is no doubt great news to many fans of his portrayal of the Armored Avenger, particularly since he has been seen as the perfect Tony Stark by most of the Marvel community! Details are unknown as to which direction the character may take in the two sequels, or whether Gwyneth Paltrow and Don Cheadle will return to either movie as Pepper Potts and Colonel James Rhodes/War Machine/Iron Patriot respectively. Frequent rumours suggest that Cheadle’s character may suit up and join The Avengers in the 2015 sequel, though this remains unconfirmed.

Iron Man 3 is currently screening in theatres, and, as our recent review stated, it’s a great Summer blockbuster that is well worth seeing! Marvel’s Phase Two of movies will continue later this year with Thor: The Dark World on November 8th, expanding further with next year’s Captain America: The Winter Soldier on April 4th, and Guardians of the Galaxy on August 1st of 2014. Phase Two will conclude with The Avengers 2 on May 1st of 2015.

The Avengers 3, without a release date at present, will presumably conclude Phase Three, which so far only includes the long-delayed Ant-Man, set to release on November 6th, 2015. Marvel Studios has recently set the release dates for two mystery movies within Phase Three; One for May 6th, 2016, and one for May 5th, 2017. This could potentially place The Avengers 3 as late as Summer of 2018, where it would join the recently-set The Amazing Spider-Man 4, and fit the same three-year gap between Avengers movies.

Both mystery projects have no details at all, though it’s heavily believed that at least one of them is Doctor Strange, the frequently-rumoured film adaptation of Marvel’s Sorcerer Supreme, who still has yet to appear in Hollywood’s superhero renaissance. Marvel Studios head, Feige has made it no secret that he very much wants to adapt Doctor Strange in the near future, fuelling the fires of that speculation. A movie adapting Black Panther, Luke Cage or Iron Fist is believed to be the other mystery project. Sadly, as we said, nothing is confirmed at this point, leaving most of Phase Three up in the air beyond Ant-Man and The Avengers 3.

For any and all news about Iron Man, The Avengers and the Marvel Cinematic Universe as a whole, be sure to keep your browsing helicarriers coming back to Eggplante!