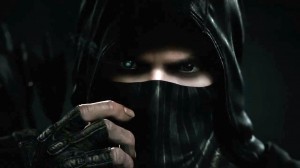 Excited at the news that Thief is being revived by Square Enix Montreal for next year? Disappointed that it’s only for PlayStation 4 and Xbox One, if you don’t have a top-tier PC capable of running it, and don’t have the money for a costly console upgrade yet? Well, worry no longer!

Square Enix has recently confirmed that their highly-anticipated sequel/reboot to the cult classic Thief franchise is now also coming to Xbox 360 and PlayStation 3, on top of the previously announced next-gen platforms and PC! It seems that Nintendo gamers remain out of luck however, as Thief is still not planned for release on Wii U.

Though Thief’s story will apparently follow the events of the former games, it will take the style of a reboot, since master thief and series protagonist, Garrett will have left his stomping grounds, simply known as ‘The City’, for a lengthy period of time. Since then, the area has changed and become infested with a plague. A villain called ‘The Baron’ has also dominated The City, with the chaos leaving plenty of tantalizing windows for Garrett to line his pockets!

It’s unclear at this point whether the technical elements or gameplay package of Thief will be downgraded to accommodate the Xbox 360 and PlayStation 3 platforms. This is in particular consideration of the fact that the game was originally designed from the ground up for next-gen technology. At this point, it seems that the Xbox 360 and PlayStation 3 versions will be identical to their next-gen cousins, albeit likely with a reduction in graphical assets. 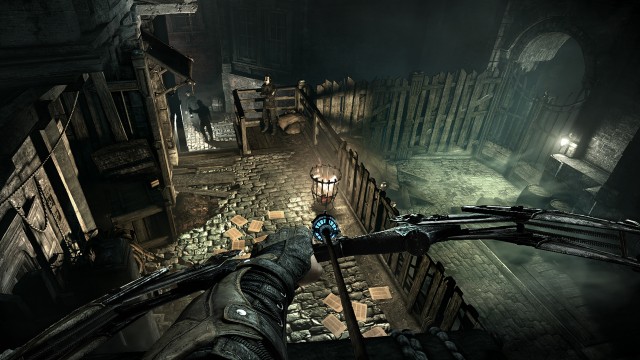 Should you be unfamiliar with Thief, it was a series of stealth-heavy games originally developed by now-defunct Looking Glass Studios, before being passed on to Eidos, who in turn were later absorbed by Square Enix. The series, originally spanning three games on the PC (though the third received an inferior Xbox port under Eidos), tasks players with plucking any plunder they can before escaping an environment, no easy task when the environments are massive and filled with sentries! The games actively discourage combat, as Garrett’s fighting ability is extremely limited. He’ll be easily injured and killed if spotted by anyone, making the games quite challenging stealth offerings indeed!

Despite Metal Gear Solid releasing on the PlayStation a couple of months beforehand, the original Thief: The Dark Project is considered by many to be the first game that truly perfected three-dimensional stealth, further refined by its sequel, Thief II: The Iron Age. Since then, numerous modern games and game franchises have taken inspiration from the Thief mechanics, including Assassin’s Creed, Batman: Arkham, Splinter Cell, Deus Ex, and even Metal Gear Solid itself in its later sequels!

In particular, last year’s original new stealth blockbuster, Dishonored very proudly admitted its Thief inspiration, going as far as to include both dialogue and Easter Eggs in the game that directly referenced the Thief games of old, also mimicking Thief’s steampunk-style setting. Ironically, the Thief reboot featuring a plague epidemic was in turn borrowed from Dishonored!

Thief will release sometime next year on PC, Xbox 360, PlayStation 3, PlayStation 4, and Xbox One. Any taffers wishing to keep up to date on all news and updates related to Thief and the Thief series had best continue sneaking to Eggplante!