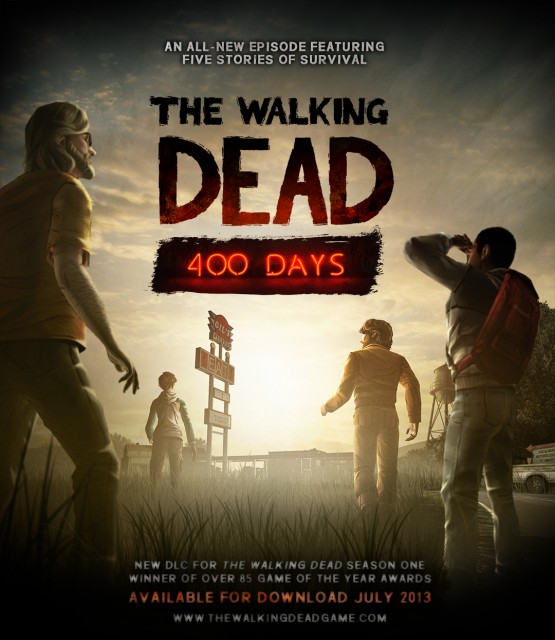 Last year, Telltale’s episodic adventure game, The Walking Dead: The Game was considered an outstanding new standard in interactive storytelling. Receiving Game of the Year noms and wins in several outlets, it was inevitable that Telltale would want to continue the series with a so-called ‘Season Two’. While a timetable still hasn’t been nailed down for that, despite frequent teases, the second series of episodes has now come closer to a reality, thanks to bridging DLC episode, 400 Days.

Setting the stage for the upcoming Season Two of The Walking Dead: The Game, 400 Days follows the backstories of five different survivors. You can choose which order you play the five short stories in, Mega Man-style, which may have slight effects on what characters may or may not encounter in their tales, depending on the order you play them. Beyond that however, the gameplay is exactly the same as the prior five episodes.

With Lee and Clem’s story arc wrapped up at the end of these first episodes, we now shift to the perspective of completely new characters; Convicted murderer, Vince, runaway criminal, Wyatt, young lone wolf, Russell, ex-drug addict, Bonnie, and concerned big sister, Shel. The decisions you make with each will change the outcome of the epilogue, and where Season Two will likely present its own stories in response.

If you haven’t played The Walking Dead: The Game before, it operates thusly; You steer around a targeting reticule with your right stick/mouse/touch input, depending on which version of the game you’re playing, and use it to interact with people, environments and tools. You also use the left stick/virtual keypad/keyboard to move around as necessary. Some speed-sensitive time events will demand quick and proper inputs, and will need to be repeated if you fail, getting your character killed. Performing actions properly will proceed the story.

The real star of this show however are the complex and highly intelligent dialogue prompts. Using either face buttons, key inputs or touch inputs (again, depending on the platform you’re playing on), you have a limited time to choose certain dialogue responses and/or actions when interacting with other characters. Your personality, honesty, actions and everything else all shape the story in drastic ways. 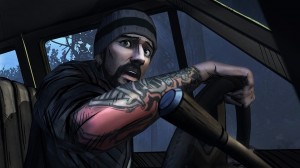 As with the five prior episodes, in 400 Days, the dialogue decisions you make will affect other characters’ opinions of you, forge or break alliances, save or kill certain characters, and affect the plot in other noteworthy ways. As mentioned, the decisions you make here will inevitably influence the plot direction of the Season Two episodes. You will also see a couple of throwbacks to the decisions that you made in the five Season One episodes as well, even if none of the Season One characters actually appear in 400 Days for the most part.

If you love story-driven games and have yet to play The Walking Dead: The Game, we extensively recommend that you do so! The gameplay is very linear and limited, but the interactive story component is truly top-notch stuff, unlike anything you’ve ever seen in a video game before!

The game is widely available on many platforms, specifically, Steam for PC and Mac, Xbox Live Arcade, the PS3’s PlayStation Store, and the App Store for iPhone and iPad. It also recently arrived on the Vita, complete with 400 Days handily along for its debut on Sony’s handheld! 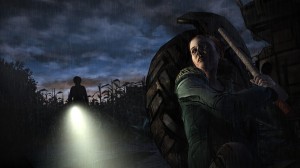 If you have played the first five episodes of Telltale’s narrative opus however, then you no doubt already know all of this. You’re reading this review because you want to know how 400 Days stacks up to the previous five episodes, and whether it’s a worthy tide-over and tease for the upcoming Season Two. Well then, let’s get to it!

Yes, 400 Days is just as awesome as the five former episodes! It’s done in a different style, and it undeniably feels more like add-on DLC than a full game release, since the new survivor stories are all very short and simplistic. Still, each one contains a tough decision that will affect the plot of Season Two, and the characters remain very well-designed and likeable, even if they’re sometimes forced to do some awful things in this harsh, zombie-infested world.

Obviously, this is for all intents and purposes ‘Episode Six’ of Season One, so if you haven’t played the previous five episodes, you’ll need to do that before the game will properly let you play 400 Days. Thus, this release likely won’t mean anything if you haven’t already played, or perhaps didn’t enjoy, the Season One episodes. If you have however, then 400 Days definitely continues the same high quality, and presents a superb tease for what’s to come in Season Two. 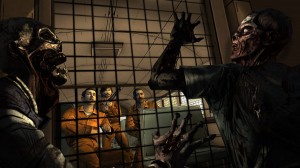 Of course, we can’t spoil story details. We will say that the experience is largely the same, and largely gripping on all of its platforms however. Xbox 360 gamers who had to put up with poor optimization, aliasing issues and loading problems in the game’s Xbox Live Arcade build will also be relieved to hear that 400 Days fixes these technical problems, finally. Of course, the pacing is still a little bit smoother when you’re not limited to a controller, and can instead use a mouse on Steam or a touch screen on iOS or Vita, but even if you played the first five episodes on Xbox 360 or PS3, the experience has lost none of its appeal here.

Trust us, if you already finished Season One and are eagerly anticipating Season Two, 400 Days is a mandatory download! It’s an effective bridge between the two sets of episodes, and will introduce you to important characters that we will no doubt be seeing again whenever Season Two arrives. Yes, it’s in-game DLC, and this means that you can’t switch platforms from the one you’ve already committed to, but that’s hardly worth worrying about.

The Walking Dead: The Game remains a stellar story-driven experience, and 400 Days continues to raise the bar for interactive storytelling as a result. It will only get you more rabidly excited for Season Two! Hopefully Telltale doesn’t waste any time putting that together, since the new cast is just as appealing as the old!