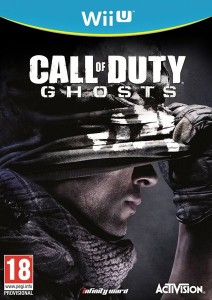 Despite the lack of big-studio support for most multi platform titles, Activision has announced that its latest entry in the Call of Duty series will be released for the Wii U on November 5th of this year.

Call of Duty: Ghosts has been rumoured to hit Nintendo’s console, but a variety of factors have been driving other developers away from the console. Last year’s Black Ops II was a great game, even when ported to the Wii U, but we still picked the PlayStation 3 and Xbox 360 versions as our preferred consoles to play the game on.

Activision CEO Eric Hirshberg seems to be taking a different tone with Wii U development, saying that the company is “committed to doing everything we can to support the Wii U.” They’ve been doing a half-decent job, too; every Activision game except for the upcoming Deadpool title isn’t coming to Wii U so far as we can tell. That’s support, and it’s from one of the world’s largest publishers.

Nintendo is supporting its own console quite heavily in 2013, with four major releases for the system coming out in the rest of this calendar year, including Pikmin 3, The Legend of Zelda: The Wind Waker HD, The Wonderful 101, and Super Mario 3D World. Support from Activision should only help to strengthen that support and hopefully bring the Wii U some much needed love.