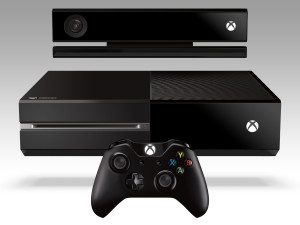 After Microsoft’s reversal of their controversial DRM policies that were once planned for their upcoming Xbox One console, they initially claimed to be upholding the stance that independent developers could not self-publish on their next-gen platform. This was planned to be a continuation of the current business plan on Xbox 360, where fully independent games are given their own section, while the more high-profile Xbox Live Arcade games must go through a publisher channel, or Microsoft themselves for approval.

Now however, it seems that Microsoft has caved to public demand yet again. The Xbox maker has now announced that they will allow independent developers to freely self-publish their own digital games on Xbox One’s currently-unnamed digital game channel. This now places them on equal footing with both Sony and Nintendo, who freely allow independent developers to self-publish on the PlayStation 3, PlayStation 4, and PlayStation Vita, and the 3DS and Wii U respectively; Though Nintendo recently claimed that Japanese indie developers can’t self-publish on 3DS or Wii U due to region issues.

This reversal seems to fall in line with Microsoft’s prior declaration that the Xbox Live Arcade brand will only be an Xbox 360 brand. Xbox One’s digital game catalogue will apparently undergo a different moniker. Regardless, the competing PlayStation 4 and Wii U have placed far more emphasis on their digital and indie catalogues compared to Xbox One. Whereas numerous indie offerings have been announced on Sony’s and Nintendo’s platforms, Microsoft has placed far less emphasis on them, preferring to focus on the console’s retail offerings over digital download games so far.

With the increased attention on indie development going into the next console generation, allowing independent developers to self-publish on Xbox One is no doubt a wise move by Microsoft. This being yet another policy reversal however, one has to wonder if Microsoft is losing their backbone in contrast to the competition, with both Sony and Nintendo becoming more bullish on their policies in recent months, not less. Still, you can’t argue with the big jump in Xbox One preorders and publicity that Microsoft has received in response to its business plan alterations!

Xbox One launches in November for $499.99, though preorders are largely sold out at most high-profile retail outlets at this point. Does the ability for indie developers to self-publish on Xbox One make the console more attractive to you now? Feel free to voice how this may or may not change Microsoft’s projected Xbox One success in the comments below!