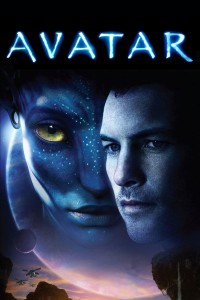 If it’s good enough for The Amazing Spider-Man, it’s good enough for Avatar! Also initially planned as a trilogy, James Cameron has now confirmed that his landmark two-plus billon-grossing 3D opus will now be receiving not two, but three sequels! Distributing studio, 20th Century Fox has also corroborated the story.

Along with the fourth Avatar movie’s announcement are confirmations of the (many) scriptwriters that will be writing the three screenplays. These screenwriters include Josh Friedman (War of the Worlds, Terminator: The Sarah Connor Chronicles), Rick Jaffa and Amanda Silver (Rise of the Planet of the Apes) and Shane Salerno (Savages). This is a switch from the original 2009 movie, which James Cameron wrote the script for himself, on top of directing duties. At this point, it appears that Cameron will man the director’s chair for all three planned Avatar sequels.

The drought of credible movie franchises outside of the superhero industry appears to be hitting Fox as hard as many other studios. The studio has also lost their hallmark Star Wars franchise to add insult to injury, following the sale of LucasFilm to Disney. Unsurprisingly, the increasing genre demand has seen numerous superhero franchise extensions, and stretching of any proven franchise outside of the superhero medium, Avatar included. The Hobbit, Twilight and The Hunger Games were all expanded past their initial franchise plans in response to this, following the example of the Harry Potter movies, which split their finale into two separate movies.

Are you excited at an additional Avatar movie to look forward to? Do you think Avatar even needs sequels? Would you rather that James Cameron just finally got to work on that Battle Angel movie that he keeps going on about? As usual, leave your comments below.

Eggplante will continue to bring you your Avatar news, as we can channel it!