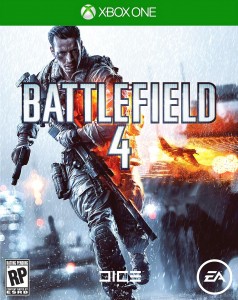 How long will you have to wait for Battlefield 4’s second DLC expansion? Not long apparently, that is, if you’re planning to buy the game for Xbox One!

Battlefield 4’s Xbox One edition will feature the ‘Second Assault’ DLC pack right from the game’s launch day. It’s unconfirmed when the other versions will offer it, but regardless, Battlefield 4 Premium members will still be able to access the game’s five announced DLC packs two weeks early.

The Second Assault DLC includes four revised maps from Battlefield 3, specifically, Gulf of Oman, Operation Metro, Caspian Border, and Operation Firestorm. It will follow Battlefield 4’s first DLC expansion, China Rising, which will be given free to anyone who pre-orders the game.

Battlefield 4 is currently featuring an open multiplayer beta on PC, Xbox 360 and PlayStation 3. The PlayStation 4 and Xbox One editions will include several unique multiplayer features, including Commander Mode, which lets you direct a team of players using a mobile device. The next-gen versions will also feature a much-higher sixty-four player cap in multiplayer sessions, as will the PC version. On top of that, the Xbox One version of Battlefield 4 is being given Kinect support on top of priority DLC, though developer, DICE has yet to elaborate on how Kinect will function in that version of the game.

This news comes on the heels of Battlefield 4’s list of Xbox 360 achievements being leaked online, which only feature five multiplayer achievements, and have over thirty others exclusively dedicated to the single-player campaign. This is likely in response to complaints regarding the poor quality of the previous Battlefield 3’s single-player campaign, with most of its achievements/trophies only able to be earned in online multiplayer sessions to boot.

Battlefield 4 will come to Xbox One, alongside the Second Assault DLC for that version, on November 19th. This will be the final release of the five planned editions, with Battlefield 4 coming to PlayStation 4 on November 12th, and arriving on PC, Xbox 360 and PlayStation 3 on October 29th.

Eggplante will continue to bring you news and updates on Battlefield 4 and the Battlefield series, as we can pinpoint it.