Nintendo has got plenty of great 3DS and Wii U games on offer from throughout 2013 to put under the tree this year, but they have no intention of slowing down! 2014 already has numerous high-profile Nintendo blockbusters in the pipeline for both platforms, and to hammer that point home, Nintendo announced even more games during what was a surprisingly busy Direct to close out the year!

Naturally, there was also plenty of coverage for 2014 games coming to 3DS and Wii U that we already knew about as well, with some exciting new details given for several of 2014’s most anticipated Nintendo games. Some will even be coming to retail and/or the eShop selections sooner than anticipated!

So, as usual, we have all of the details from today’s Nintendo Direct announcements right here, in case you missed the broadcast, or just want a handy recap of the highlights. Without further ado then, let’s get to the essential 3DS and Wii U news that you need to know going into 2014!

Nintendo may have started off their past several Direct streams on a low-key note, but not this time! They immediately dropped a bomb that absolutely nobody was expecting, announcing a crossover with Tecmo Koei tentatively titled, Hyrule Warriors. As you can imagine, it’s a Dynasty Warriors game with a Legend of Zelda theme, having players control Link and use various over-the-top attacks to dispatch armies of Bokoblins, Lizalfos and Dodongos, likely among other things. 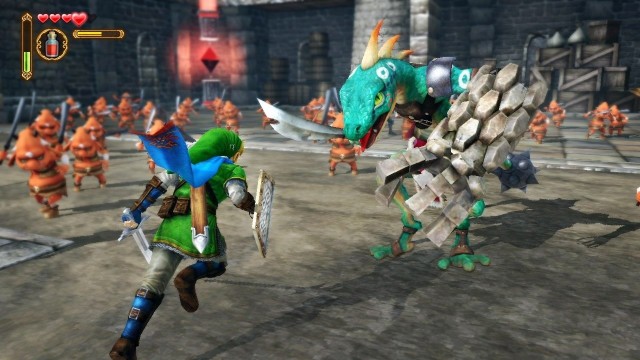 Yes, it’s an unexpected announcement, but even better is that the idea is sort of brilliant, allowing Nintendo to satisfy both their first-party fans who love The Legend of Zelda, while addressing the common criticism of their platforms lacking third-party support. Better still, the Warriors franchise at Tecmo Koei has plenty of fans in the PlayStation and Xbox communities, but the series has largely shied away from Nintendo platforms, beyond the odd (mostly mediocre) handheld spin-off. Hyrule Warriors offers mutual gain for both Nintendo and Tecmo Koei, since it gives the Wii U a much-needed high-profile third-party exclusive, while also giving Tecmo Koei the chance to convert even more Warriors fans from the Nintendo camp that they couldn’t reach before.

There wasn’t much information beyond the announcement and some sharp teaser footage, but the game was confirmed to be coming to Wii U sometime next year, even if the title, Hyrule Warriors was stressed not to be final. Nintendo also stressed that this is NOT the next core entry in the Legend of Zelda franchise, which still has a formally-unannounced all-new installment in development for Wii U, one that probably won’t be released before 2015 at the earliest, given the series’ pattern of four-to-five years between mainline console installments. No, there was no new info on this new Legend of Zelda game during this Direct either.

That said, it’s nice to see that the Big N still knows how to lead off with a great surprise that nobody was expecting, while still have plenty of compelling announcements and content to follow after!

KIRBY TRIPLES DOWN ON A DELUXE BET!

One of the games that was most likely to show up during this Direct was the new Kirby game that Nintendo teased for the 3DS just a short while ago in a previous Direct. The game was finally given some concrete details in this Direct, including its official North American title, Kirby: Triple Deluxe.

A big hook in this new Kirby game is the ability to leap into the background and foreground to proceed through stages, which is, understandably, a potent way to make use of the 3D effect offered by a 3DS or 3DS XL. Kirby also has the all-new contextual ability to use Hyper Nova, which allows him to inhale even massive enemies and objects to open new paths ahead. You’ve never seen the pink puffball so ravenous! 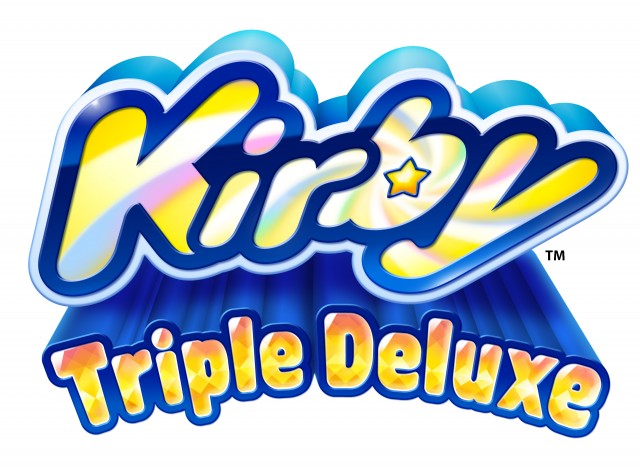 Over twenty of Kirby’s defining copy abilities are promised for Kirby: Triple Deluxe, four of which are all-new. These include a beetle-like horn attack, a bell-ringing attack, a ball-balancing attack, and an archery attack. The teaser footage also revealed that Kirby’s familiar foes will often show up throughout the game, including frequent nemesis, Kracko being among the boss selection.

Kirby: Triple Deluxe will also uphold the series’ reputation for extra modes. These modes include a Super Smash Bros.-esque four-Kirby battle that pit various copy abilities against one another in Kirby Fighters, which can be played for up to four 3DS owners (it’s suggested that Download Play will only necessitate one copy/download of Kirby: Triple Deluxe), or by oneself. Dedede’s Drum Bash will complement it with a minigame that has players pressing buttons in the rhythm to music from familiar Kirby franchise tunes, while also trying to steer Dedede to collect coins for a high score.

Kirby: Triple Deluxe appears to be an especially fun and colourful offering for this adorable series of platformers, but unfortunately, the game was still merely given a vague 2014 release window, making it unlikely to arrive before the latter half of the year at this point. Still, Kirby fans appear to have a strong 3DS debut to anticipate for the champion of Pop Star!