If you’re one of many die-hard Sonic the Hedgehog fans with choice words to level at the recently-revealed multimedia reboot, Sonic Boom, which redesigns the characters and world quite considerably, Sega and Japan’s Sonic Team want you to calm down! They’ve verified that the old Sonic the Hedgehog style and canon is not in fact being scrapped!

In fact, while still giving their blessing to Sonic Boom, Sonic Team in particular have somewhat distanced themselves from the reboot, giving longtime fans two bits of assurance. First, that Sonic Boom will not be released in Japan in any fashion, not the game nor the TV show, and second, that Sonic Team is in fact working on an entirely separate Sonic the Hedgehog game in the old canon, with the old character styles, and one that is completely independent of Sonic Boom. 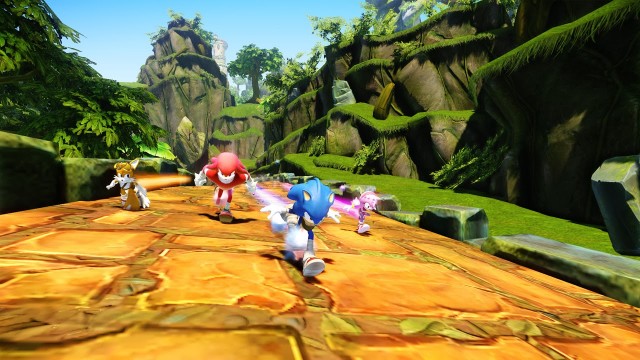 This could very well be the mysterious next-gen Sonic the Hedgehog game that was apparently leaked at the Nuremberg Toy Fair recently, and apparently planned for a 2015 release. The untitled Sonic the Hedgehog game was listed as coming to Wii U, PlayStation 4 and Xbox One next year, but Sega has claimed that the information is inaccurate. Still, if what Sonic Team says is true, the game they’re making must be coming to at least one of those consoles at some point, right?

Regardless, this reboot strategy would seem to fall in line with examples such as Marvel’s Ultimate Universe of comics, which started completely new canon in a completely new universe for the entire pantheon of Marvel characters, or Konami and MercurySteam’s Castlevania: Lords of Shadow games, which take place independently of the series’ main canon, rebooting the established characters and world completely. In Marvel’s case especially, the reboots effectively existed as a way to bring in potential new fans without the intimidation of decades of canon to figure out, while also having the option of coming up with new stories without having to honour events of the past. If established and longtime followers of these franchises want to ignore the rebooted universe and stick with the old one, they have that option, as the old canon isn’t stopped, simply existing in parallel, yet independently with the new one.

For those unaware, Sonic Boom is a new CG cartoon series set to debut for the 2014/2015 season on Cartoon Network. It’s seen some drastic redesigns of the lead characters, with Sonic now sporting longer legs, athletic tape and a scarf, Tails having goggles, and Amy now being more accessorized and wielding a giant hammer. Knuckles has seen the most blatant redesign however, now being a hulking, oversized brute with a bunch of athletic tape around him.

The new redesigns are meant to modernize the Sonic the Hedgehog personalities, while also making them appealing and cool to children. Naturally however, many adult fans took issue with the new designs, despite them coming from former employees of highly acclaimed PlayStation developer, Naughty Dog. 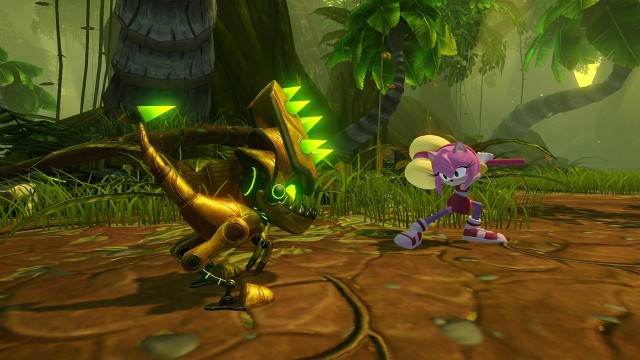 Fortunately however, not all Sonic the Hedgehog fans received the new designs negatively. Some publicly approved Sonic Boom’s revised direction, while others even shared a good chuckle with some sly, but lovingly good-natured photoshop ribbing.

Sonic Boom will naturally be receiving a tie-in game as part of its multimedia initiative, apparently the final game of Sega’s exclusive three-game deal with Nintendo, which has so far given us Sonic: Lost World for Wii U and 3DS, and Mario & Sonic at the Sochi 2014 Olympic Winter Games for Wii U. Sonic Boom, the video game will serve as a prequel to the TV series, and will release for 3DS and Wii U towards the end of this year, alongside the premiere of the show. It is said to have a focus on ‘collaborative gameplay’ between the four lead characters. The 3DS version will be developed by Sanzaru Games, best known for Sly Cooper: Thieves in Time on the PlayStation 3 and PlayStation Vita, and the Wii U version will be developed by Big Red Button Entertainment, the studio formed from those former Naughty Dog employees.

Sonic Boom on Wii U will also apparently be powered by CryEngine 3! Wow… Not only is that proof that CryEngine 3 does indeed run on Wii U, but that shows at least some level of dedication to realizing some of the best graphics in a Sonic the Hedgehog game yet!

So, there you have it. Western developers and television executives will have Sonic Boom, but good old-fashioned Sonic the Hedgehog is staying in Japan and proceeding under the old canon and style. It’s the best of both worlds when it comes down to it!

Eggplante will keep speeding you your Sonic the Hedgehog news, as it spins to us.