Nintendo doesn’t seem to have any intention of slowing down with their 3DS XL bundles! After high-profile 3DS blockbusters like Fire Emblem: Awakening, Animal Crossing: New Leaf, Mario & Luigi: Dream Team and The Legend of Zelda: A Link Between Worlds received their own 3DS XL bundles throughout 2013, packing in digital copies of their respective games pre-installed on a specially branded 3DS XL unit, Yoshi’s New Island appears to be spearheading the first 3DS XL bundle of 2014.

Nintendo hasn’t yet issued an official confirmation, but European online retailer, base.com seems to have the following item for sale: 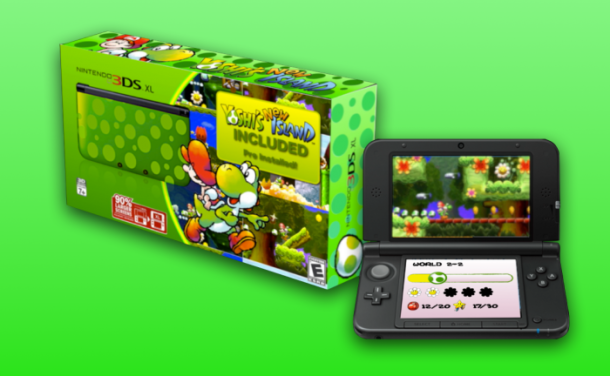 Looks pretty legitimate to us, even if it curiously seems to be a North American package rather than a European one. You can tell by the ESRB rating where there should be a PEGI rating.

This isn’t the first time that a 3DS bundle has been leaked online by an over-eager retailer before Nintendo has officially announced it. In fact, it happens surprisingly often! The Legend of Zelda: A Link Between Worlds 3DS XL bundle was leaked before its announcement most recently, along with the standard 3DS Luigi’s Mansion: Dark Moon bundle, the 3DS XL Mario & Luigi: Dream Team bundle, and two specially-branded 3DS XL’s for Pokemon X and Pokemon Y that didn’t come with either game, and were previously only made available in Japan.

Given that Nintendo is normally an excellent company when it comes to keeping secrets and preserving surprise announcements, it’s a bit strange that they can’t seem to keep their 3DS and Wii U packages under wraps. Regardless, fans who have been eagerly awaiting a new Yoshi’s Island game and have yet to take the plunge on a 3DS XL will certainly be excited at the existence of this bundle.

According to the listing, the bundle is set to be released alongside the game, naturally, on March 14th, 2014 in North America and Europe, with Australia getting the game at least a day later, on March 15th. Strangely, Japan won’t be releasing Yoshi’s New Island until this Summer.

Eggplante’s carrying your news for Yoshi’s New Island and all future developments in the series, as it’s dropped to us. 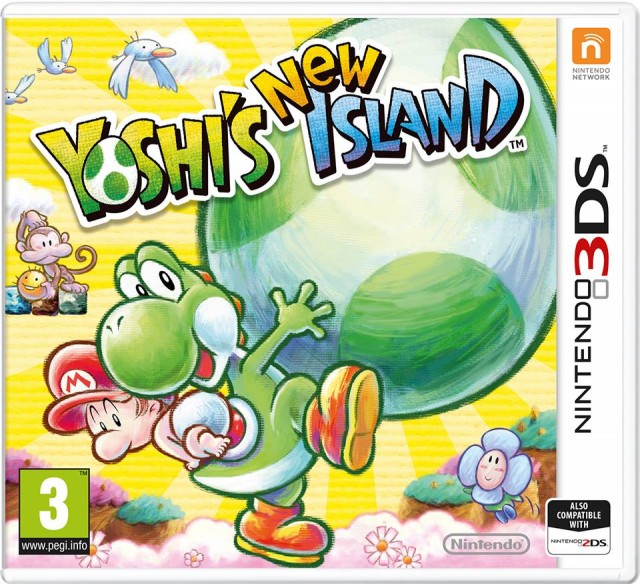