Released in Europe and Japan last year, Professor Layton and the Azran Legacy has finally hit store shelves in North America. The game rounds out the second of two trilogies, connecting some dots, but mostly wrapping up loose ends in Professor Layton’s journey and character. Azran Legacy doesn’t exactly jump to new heights with a radical change in formula–on the contrary; it sticks to what it does well–but that can only be a good thing for a game as methodical and well thought out as this.

Professor Layton and the Azran Legacy is clearly a game by Level-5, as it continues the Studio Ghibli-like art style of the previous games in the series. It is wonderfully whimsical and layered in creative ways. 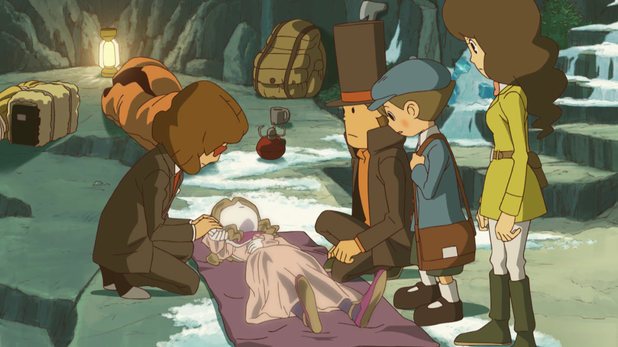 Art in Azran Legacy is centred around shadowboxes of creativity. Cities and towns, ice caverns and airships are all somehow brought to life, even though the scenes themselves are very static and barely move. The layering of flora, fauna, and other ornamentation, as well as the parallax motion effect as you scan through the scene all contributes to the creation of a scene like no other on Nintendo’s handheld.

The 3D effect, while not required, is also quite enjoyable and surprisingly effective. The layers come to life when 3D is turned on, and the effect is subtle enough that it’s worth having on throughout the entire playthrough.

There are also some amazing cutscenes that are not only unexpected for a Layton game, but also exceptionally well made. There’s an interactive guided trench run-like puzzle and zip lining from one airship to another, just to name a few. Seeing some of those for the first time kept us coming back, wondering what surprises lingered around each corner.

While the audio is as whimsical as the graphics are in some moments, the soundtrack is probably the lowest point of the game.

The music is sophisticated and elegant, and fits with the elegance of Layton’s demeanour, though nothing is rambunctious or out of the ordinary, meaning the game doesn’t take any risks in this department. There is, however, some incredibly well-produced voice acting worth noting.

Limited to a slower style of play, utilizing the stylus, you scroll around the environment with a magnifying glass, looking for clues to solve the mystery presented to you. This is where the parallax view really helps the graphical prowess of Azran Legacy shine, and it’s best observed in every single area of the game. 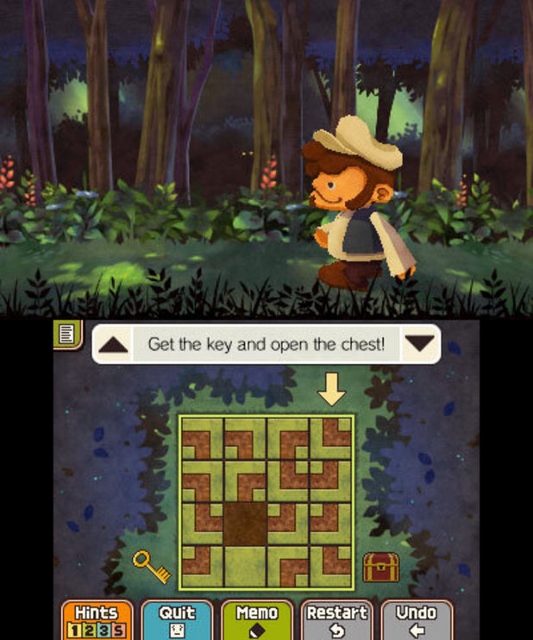 There are hundreds of puzzles scattered throughout the experience, some of which are simple and easily cracked, and some that are head-scratching brain-destroyers. The mix is pleasant and never overwhelming, though it would’ve been nice to have a varying degree of difficulty in the puzzles. A puzzle could challenge your math skills, powers of observation, and even accuracy with the 3DS stylus. Regardless, solving any puzzle, no matter how simple, is a rewarding experience.

In fact, with gameplay centred around whimsical storytelling and compelling puzzles, sitting down with Professor Layton might just give you the same kind of relaxation as you’d find reading a book. Intellectual and deep, but lighthearted and fun.

Without giving much away, Professor Layton is called in to solve another mystery, this time involving a massive airship, a living mummy, and, well, we wouldn’t want to spoil anything. 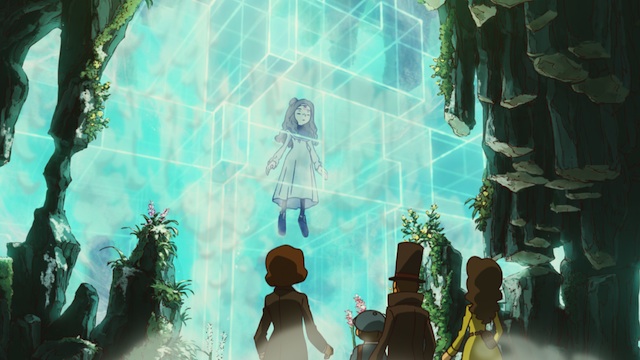 We can say this: the mystery becomes increasingly intriguing, especially as new characters are introduced and more of a supernatural twist becomes apparent. Of course, we’re not going to ruin it for you, but we will say that, should Professor Layton and the Azran Legacy be turned into a book, it would be one that keeps us biting our nails and on the edge of our seats.

Professor Layton and the Azran Legacy does exactly what is expected of it given its place at the end of a six-game streak. When all the games are set up as well as they have been, however, that is only a good thing. This game is more of an experience than just a handheld title, and while it will unfortunately be looked over by hardcore gamers (as portable titles are, in general), this is an experience that anyone with a 3DS and an affinity for puzzles or great storytelling should have.