With the next E3 on the horizon, we thought it important to rattle off the titles we’re most looking forward to see, as well as the few titles we’re just not sure will show up. These are the big games to watch at E3 2014!

The next entry in the legendary series started by Bungie all those years ago is sure to delight in Los Angeles in a few weeks. We’re looking forward to the next evolution of Master Chief, though we can’t say we’re not a bit worried that the franchise is being shuffled a bit more than we’d like. We’re looking at you, cryptic title “Halo for Xbox One.”

This one is even more of a toss-up, given that Microsoft hasn’t exactly been forthcoming about how that Halo digital series ties-in with the rest of the franchise or any Halo game that happens to launch this year. Then again, it is the 10th anniversary of Halo 2 this year, and Steve Downes practically confirmed the game’s existence a few months ago. Plant this one firmly in the maybe-not-but-probably column. 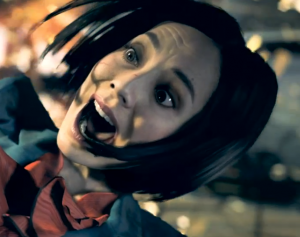 Remedy Entertainment’s latest opus is a game we haven’t heard about in a long, long while. In fact, the last time we got a ton of information about it was E3 2013. The question is: will a full year of development mean that this game is closer to existence? Microsoft has remained remarkably tight-lipped about it, and with all the talk of exclusive episodic content lately, you’d think Remedy would be chiming in since Quantum Break ties-in with a live-action television series on Xbox One. We’re still quite excited for the storytelling masters to work their magic on this time-shifting title, so expect to see it at E3 2014 in full force.

The fact that we know very little about what Microsoft is going to show off is hugely exciting. We know bits and pieces about Halo and such, but beyond that, there’s very little to go on. That leaves tons of room open for surprises. Of course, it doesn’t hurt that surprises are our favourite part of E3.
Sony

Nathan Drake is confirmed for a return to form in the first Uncharted game for PlayStation 4. We’re very curious how the game will shape up without Amy Hennig or the others from Naughty Dog who recently departed Sony. Regardless, fans have been clamouring for Drake to return, and while we’re not sure when we’ll see the next game released, we can say that we’re stoked to know we’ll have more details in less than two months. Who knows, Sony might even treat us to a playable version of the game, running at 60 frames per second in full 4K. Okay, maybe not that last part.

Having seen a few minutes of gameplay, this Assassin’s Creed-like title combines the free-running perspective of Mirror’s Edge with the cover system of Gears of War, and shoves it all into a period piece worth waiting for. Santa Monica Studios and Ready At Dawn have seemingly produced a beautifully dark game that we can’t wait to get our hands on, and with the title launching at the end of the year, we’re sure it will be playable in Los Angeles.

Call us stubborn. Say we’re fools. Frankly, we don’t care. We believe that The Last Guardian is coming, and while it might not be this year, and it might not be next, we’re going to keep hope alive for this title that still makes us wonder how a game ever made us feel the way it did. We say it every year, but we’re going to bank on The Last Guardian showing up at E3 2014.

With its release date out in the wild (finally), you can bet Sony will have a bunch of play area dedicated to Driveclub, and we’re actually going to go right ahead and say it now: they’re going to reuse the red racing seats from their Gran Turismo demo at E3 2013. No matter, the game looks phenomenal, and with a worldwide October release, you can bet Sony and Evolution Studios will be hyping the hell out of Driveclub. And we’ll buy into every second of it.

While not a game, Sony unveiled Project Morpheus, its virtual reality headset, at GDC in March. We’re not expecting the headset to hit store shelves anytime soon, but with any luck, the headset will be shown off in greater detail. Better yet, we’ll get a little hands-on time with the new peripheral and be able to report back how wonderfully wonderful or horrendously horrible the experience is.

Sony has a decent amount of exclusives announced, but not yet shown off. New concepts like Project Morpheus will help set it apart, but we’ll be looking for a way to satisfy our gaming needs in the next six months, not just in the next few years. Then again, if they pull The Last Guardian out of their hat, we’re not sure we’ll really care about anything else.

Next Page: Nintendo and Third-Party titles