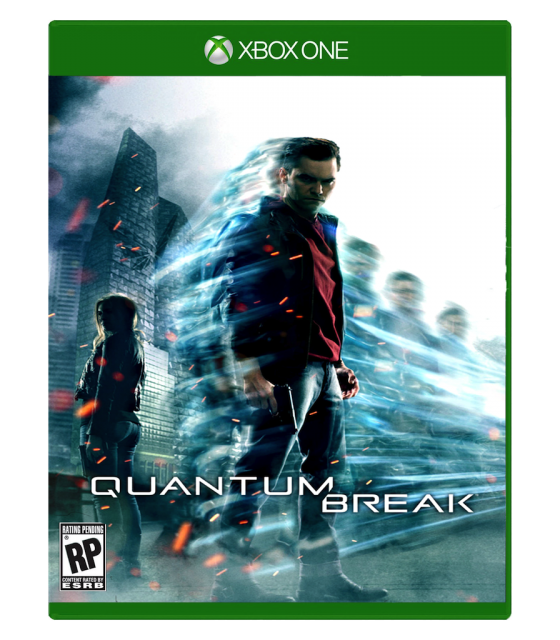 Remedy Entertainment announced their latest game, Quantum Break, at the Xbox Reveal event on May 21st. The game, which also ties in with a “high quality” television show that will come bundled on the disc, is not due out until 2014 sometime. That didn’t stop Remedy from showing us what they’ve done so far behind closed doors, and it looks amazing.

The development team at Remedy is famous for Max Payne and Alan Wake, both very different games, but set in unique and environment-altering universes. While Max Payne couldn’t actually slow down time, the “bullet time” technique developed in the game was later used in movies such as The Matrix, in addition to countless parodies of the effect. Alan Wake, on the other hand, was very much a psychological thriller delving into the paranormal.

Quantum Break is based around a failed science experiment at a university. The three people at the experiment when everything went awry were given the ability to affect time in some limited ways. Throughout the game, fractures in time occur whereby time stutters or freezes, and violently skips forward and backward, and the three people present at the experiment site are the only three who can move freely within time when this happens.

You are one of three playable characters, two males and a female, all of which were at the experiment. Who you play really depends on the storyline, and you will take on both characters at different parts of the narrative. The main antagonist in the game is a man named Paul Serene, one of those three characters. You might have also guessed that he, for whatever reason we don’t know yet, has the strongest of the time-maniulation abilities.

The narrative of Quantum Break is going to be told in an episodic manner. The developer was very clear to state that it will not be delivered in an episodic manner, however. The game’s nature will simply be that it plays out in a mix of gameplay and live-action television. Episodes of the television show (which, as far as we know, will only be available on the game disc, not as extra content elsewhere) will be interleaved with episodes of the game. We don’t have any details on how to watch the television show after the fact, or if it will even make sense to do so.

Remedy Entertainment was also very keen to note that the game is not a choose-your-own adventure in the sense that the narrative can change. On the contrary, in fact: the game will be very much static as it needs to stay in line with the live-action content. However, Remedy did say that the game will essentially be season one of potentially bigger plans, though they were careful not to elaborate further. 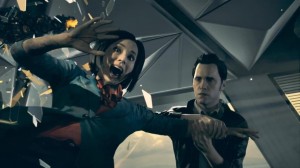 The story is told in multiple ways. With a story-telling dynamic called “Junctions in Time”, moments from the game and director’s cut of the television show are intertwined. We were told the concept couldn’t be explained further without giving details away, so we’re not really sure that will make much sense to you. It doesn’t to us.

Another way the story plays out is through your control of the baddie, Paul Serene. Playing the antagonist in Quantum Break will allow players to see how he controls what he does, as well as feel the elevated abilities he has in time-manipulation.

So how does it all play? In a word: beautifully. We didn’t get our hands on the game itself, but what we saw was nothing short of stunning. The game is likely the best looking game we’ve seen on any console to date, and while it isn’t running natively on Xbox One hardware yet, it is on a development kit running in real-time. The demo featured lush environments with a ton of particle effects and incredible textures. Skin, teeth, eyes; everything looks real. Character’s mouth movements matched speech almost perfectly, and the lighting system powered by something called Northlight Technology is the most vibrant, extensive lighting system we’ve ever seen.

It sounds like we’re gushing, but it is much deserved as Quantum Break is easily on the top of our list for Xbox One exclusive titles we can’t wait to get our hands on.