UPDATE: A few additional details have been released about LEGO Batman 3: Beyond Gotham’s storyline. While The Joker and Lex Luthor will appear as villains in the new game, the primary antagonist is actually Brainiac, who has stolen the power of the Lantern Rings. Using the Lantern Rings, Brainiac is stealing and trapping worlds, with Earth next in his sights. The DC heroes travel to outer space to liberate the trapped worlds, and prevent Brainiac from destroying our world, which will serve as the game’s key conflict.

Warner Bros. and TT Games have just jointly announced the next entry in their highly successful LEGO game series, that, perhaps predictably, being a third LEGO Batman game, in celebration of Batman’s 75th anniversary this year. The announcement comes with a pre-rendered teaser trailer.

LEGO Batman 3: Beyond Gotham is set to release some time this Fall, and will once again feature a LEGO Batman and Robin in the lead roles, along with an ensemble cast of other LEGO-ized DC superheroes. The game will reportedly involve another team-up by Lex Luthor and The Joker, who aim to seize the Justice League Watchtower from the heroes and leave them helpless. Superman and The Flash are the first confirmed playable characters aside from Batman and Robin, though as with all LEGO games, the total cast of playable DC personalities will no doubt he huge in the final product.

LEGO Batman 3: Beyond Gotham will continue to feature the series’ tried-and-true blend of platforming, puzzle-solving and co-operative-friendly gameplay. It will also place a greater emphasis on Batman and Robin using all sorts of various alternate costumes to bypass specialized new obstacles in extended DC Universe locales well outside of Gotham City, as the title suggests. TT Games has even promised some space combat sequences that will take their cues from the PlayStation 4’s massively successful downloadable launch title, Resogun. 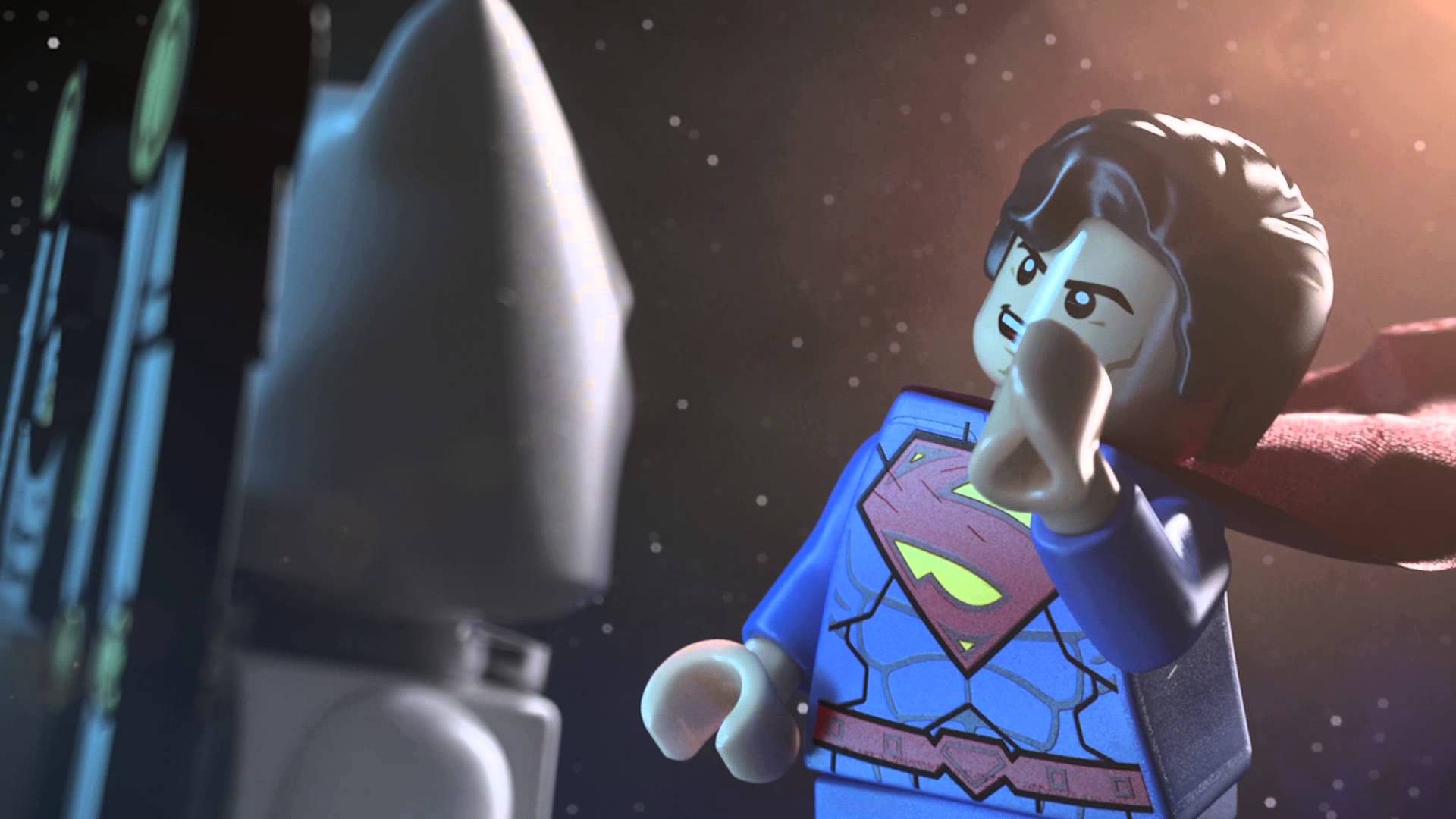 While real-life LEGO Batman toys and play sets have been around for many years, the first LEGO Batman video game didn’t arrive until 2008, where it solely focused on Batman, Robin, and their established rogues gallery of villains in Gotham City. Its sequel, LEGO Batman 2: DC Super Heroes, introduced LEGO versions of DC heroes and villains outside of the Batman mythos, and is widely considered to be one of the best LEGO games made to date. This also happened to be the game that introduced full voiceovers and an open-world hub area to the series.

The teams at TT Games have already released two other LEGO games this year, those being movie tie-in game, The LEGO Movie Videogame from February, and LEGO The Hobbit from April, which spans the events of the first two Hobbit movies, and will offer extended content based on this December’s big screen release of trilogy finale, The Hobbit: Battle of the Five Armies. Both games are available for all modern consoles, handhelds and PC.

LEGO Batman 3: Beyond Gotham will join at least two other new Batman-related media releases for the Fall months. Warner Bros. will also be releasing the supposed finale to their enormously successful Batman: Arkham video game franchise, Batman: Arkham Knight for PlayStation 4, Xbox One and PC in October, while FOX will be introducing a live-action Batman prequel TV series, Gotham for the 2014/2015 season, likely also starting its run in October. Might LEGO Batman 3: Beyond Gotham also release in October to give fans a triple dose of Batman launches?

Regardless, expect LEGO Batman 3: Beyond Gotham before the end of 2014. It will come to PC, Xbox 360, PlayStation 3, Nintendo 3DS, PlayStation Vita, Wii U, PlayStation 4, and Xbox One.

Eggplante is continuing to assemble your news on the LEGO games and all things Batman.