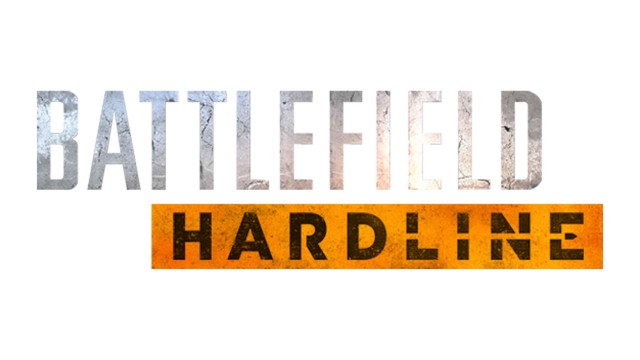 The first inevitable E3 leak appears to have taken place. After online assets were uncovered related to what was very likely one of EA’s planned new announcements during their E3 2014 keynote, EA has come clean with the existence of an upcoming Battlefield spin-off, Battlefield Hardline.

Unlike the former games in the series, which were set amidst the backdrop of war and unfold from the perspective of various military outfits, Battlefield Hardline will instead focus on urban combat. Players will control a squad of elite police officers, pursuing hardened criminals, and naturally, squaring off against other players in cops-vs.-robbers-style multiplayer.

Unlike the past several Battlefield games, which were all developed by DICE, Battlefield Hardline is instead being put together by Dead Space and Dante’s Inferno developer, Visceral Games. This is likely because DICE is hard at work on a new Star Wars: Battlefront game, as well as an undetailed follow-up to their 2007 cult hit, Mirror’s Edge. Visceral is also said to be working on a Star Wars game of some kind, though no concrete details have come to light about this mystery project at this time.

EA and Visceral are hoping to deliver, “New twists and turns” in the series’ highly celebrated multiplayer component, with Visceral’s experience in pulse-pounding action games apparently being put to good use in developing a tense and action-packed single-player campaign. Beyond that however, EA is staying mum on Battlefield Hardline beyond confirming its existence, urging fans to tune in to their E3 keynote in June for more information.

EA’s traditional E3 press conference will take place on June 9th, at 12:00 P.M. PDT/3:00 P.M. EST. EA has promised six all-new game announcements at the keynote, though that number is likely reduced to five now, as Battlefield Hardline seemed to be intended as one of those announcements.

Recently, 343 Industries’ Frank O’Connor, development director of the newly-announced Halo 5: Guardians, drew press by publicly lamenting leaks and chastising online whistleblowers who expose unannounced game details and surprise reveals before a publisher or developer intends. O’Connor claimed that these leaks lead to suspensions and firings for innocent game developers, cause unnecessary online confusion amongst fans and journalists, and went on to label leakers as jerks and criminals who are sabotaging game makers for attention.

Unfortunately, it would seem that his appeal has fallen on deaf ears, as the E3 leaks continue to inevitably come forth.

Battlefield Hardline is nonetheless set to release this Fall, for PC, Xbox 360, PlayStation 3, PlayStation 4, and Xbox One. Tune in to EA’s upcoming E3 press conference to hear more details on this game, along with other high-profile EA game releases to come. We at Eggplante will be providing updates on Battlefield Hardline, and other high-profile E3 2014 announcements as well.