With The CW proudly announcing a slew of DC Comics personalities joining their upcoming third season of Arrow, between Katana, The Atom and a revised Count Vertigo, it’s about time that soon-to-debut Arrow spin-off, The Flash received such announcements of its own.

Finally however, we’ve got a 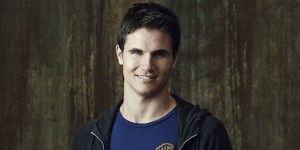 nother familiar DC face joining the new show! None other than Robbie Amell, cousin to Arrow’s lead star, Stephen Amell, and former lead of the recently-cancelled original superhero drama, The Tomorrow People, has been cast in The Flash, as Ronnie Raymond.

DC Comics readers would no doubt recognize Raymond as half of the nuclear energy-powered superhero, Firestorm. Yes, half. In the character’s original incarnation, Firestorm was created by a nuclear accident that fused high school student, Ronnie Raymond with nobel prize-winning physicist, Dr. Martin Stein. While Raymond controlled the body of Firestorm, Stein was often a voice in the mind of the character.

The CW’s press release confirms Raymond’s comic book heritage as Firestorm, and possibly suggests that, should the character become his nuclear-powered alter-ego, he may do so without Dr. Stein. Regardless, Ronnie Raymond is set to debut in the third episode of The Flash’s debuting season this Fall, with Amell remaining on the show in a recurring role from then onward.

Ronnie’s incarnation on the show will be as a maintenance worker for S.T.A.R. Labs, and he will also be the fiance of Danielle Panabaker’s character, Caitlin Sn 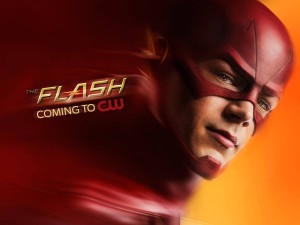 ow. It’s suggested as well that Ronnie may have had something to do with The Flash receiving his powers, though The CW was predictably vague about what this could mean.

The Flash stars Glee alum, Grant Gustin as the titular super-speeding superhero, commonly known as Central City forensic investigator, Barry Allen. The series involves Barry battling super-powered threats that emerged from a tear in the fabric of reality, which resulted from the particle accelerator explosion that gave Barry his abilities as The Fastest Man Alive.

DC will be presenting the full pilot of The Flash, along with other DC-related entertainment news and reveals, at San Diego Comic-Con this month. The DC Entertainment panel will be held on Saturday, July 26th, and will be hosted by Arrow star, Stephen Amell.

The Flash is set to publicly begin its premiere season on Tuesday, October 7th meanwhile, at 8:00-9:00 P.M. EST.