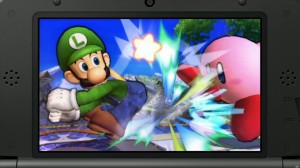 Nintendo is offering quite a solid promotion for anyone who is thinking of adopting a new 3DS or 2DS handheld for the rest of this year. At any time between now and January 15th, 2015, if you buy a 3DS, 3DS XL or 2DS, then register it on Club Nintendo, along with a retail or digital copy of Super Smash Bros. for Nintendo 3DS, Pokemon Omega Ruby or Pokemon Alpha Sapphire, you can choose from one of seven free digital download games to add to your new handheld.

Should you register one of the qualifying three games along with Nintendo’s handheld within the deadline, you can choose a digital copy of one of the following games:

– The Legend of Zelda: A Link Between Worlds

This is a pretty good incentive for late adopters of Nintendo’s handheld who are thinking of getting any one of the three current models, including those packaged with bundles that include other 3DS games!

Be quick to redeem your codes if you plan to participate in the promotion though! The codes can only be redeemed on the Club Nintendo page until February 15th, 2015, and the code will expire on March 15th, 2015, if you fail to download your game of choice from the 3DS eShop in time. If you want our suggestions, The Legend of Zelda: A Link Between Worlds, Kirby: Triple Deluxe and Mario Golf: World Tour come especially recommended, since we reviewed them all quite highly! 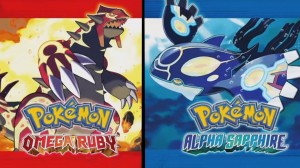 Bear in mind though that Nintendo recently announced the ‘New 3DS’, an upgraded version of the 3DS and 3DS XL handhelds with enhanced visual and 3D performance, along with additional buttons, a second control stick, and exclusive compatibility with certain top-tier games, like a new handheld port of Wii RPG champion, Xenoblade Chronicles. This upgraded handheld has only been explicitly confirmed for Japan at this point, but if you’re not extremely eager for Nintendo’s handheld yet, you may want to wait for a bit and see if the upgraded handheld doesn’t come stateside, with several promising games in tow that won’t work on the current 3DS or 2DS line of handhelds.

Keep surfing back to Eggplante for all news and updates on Nintendo platforms and incentives.