NOTE: Moderate spoilers for this episode of The Big Bang Theory are present in this review.

The Big Bang Theory moved into more sturdy territory this week, after a weak season debut and a reasonably better follow-up episode last week. Now, the show is back to doing what it does best; Pushing a Sheldon-exacerbated conflict with Leonard, and having a goofy laugh at the expense of how ‘uncool’ another character is, in this case, Howard.

The main plot of the episode, and the reference of its title, comes from Howard being chosen to throw the first pitch at a Los Angeles Angels game, in honour of the city’s Space Day. With the support of his (naturally) sportier wife, and the amused and unhelpful Raj standing beside her, much of the episode is devoted to Howard’s complete inability to throw a baseball. Hey, the show has had worse jokes at Howard’s expense. 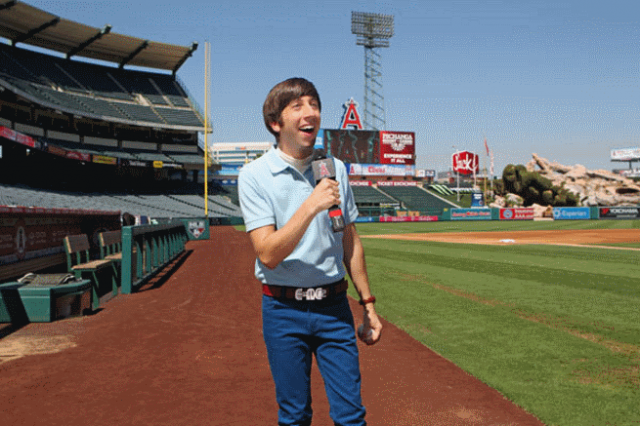 To be fair, the resolution of this plot is kind of cool, even if things nonetheless don’t go Howard’s way, despite the good intentions of getting around his ineffective pitching arm. It would have been nice if the episode hadn’t ended prematurely before the scene was finished, but at least it was a reasonably funny end to a middling Howard story.

For this episode though, the better story was the B-plot, where Sheldon must go on a repeated slew of dates with Amy to make up for the lost time he spent running away on his (wasted) train trip. This leads to an argument with Leonard over Sheldon and Amy supposedly having a better relationship than Leonard and Penny, after Leonard and Penny are talked into a double date, with the argument stemming from Sheldon claiming that his Relationship Agreement with Amy trumps the more unstable, passion-driven foundation of Leonard and Penny. 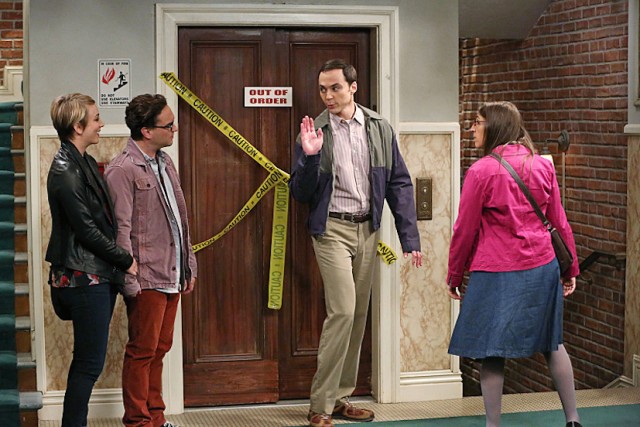 This joke worked because, to an extent, Sheldon is kind of correct. As much as he and Amy have a bizarre and inexplicable relationship dynamic, when you stack them up against Leonard and Penny, they actually have far less drama between them. Yes, Amy still has the patience of a saint, but at least these two don’t often find their relationship strained, despite how difficult Sheldon can be.

Fortunately though, the episode avoided any real Leonard/Penny drama. It skimmed the line when the two confessed that they were both scared and nervous at the idea of being married soon, but thankfully, the show avoided the urge to make a huge deal out of this. The two resolved the admission maturely and mercifully peacefully. Perhaps the writers have learned from Season Seven that the show has virtually run out of credible Leonard/Penny relationship issues, and that they should stop pretending that the relationship is in jeopardy at any given moment, because clearly, it isn’t, and it won’t be in the long-term. That’s why it was great that Leonard and Penny just cut the bullshit and got engaged towards the end of last season. 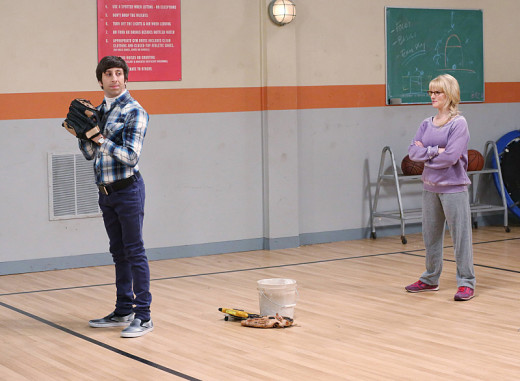 I was glad to see that the engagement seems to be sticking, and both Leonard and Penny seem to have genuinely matured as characters because of it. This allowed the conflict with Sheldon to still be reasonably funny, without the jokes coming from Leonard being inept or Penny being abrasive. This is proof that the show is fine without leaning on the Leonard/Penny drama as a crutch at this point, and that’s wonderful.

All in all though, this was a serviceable episode of The Big Bang Theory, even if not an outstanding one. Much of the jokes re-treaded old ground, but at least the core plots of the episode were good ideas. It’s still easy to wonder if the show’s best seasons are behind it, but at least Season Eight is so far managing to keep itself afloat with reasonable quality after the premiere episode.