NOTE: Moderate spoilers for this episode of Gotham are present in this review.

After spending the pilot just silently skulking around in the shadows, the future Catwoman has decided to step out into the limelight, or so the title of Gotham’s second episode claims. In truth, there’s less development given to Selina than you may think, but at least viewers can now get an idea of what kind of proto-Catwoman exists in this new self-contained prequel variation of Gotham City.

The core plot of this episode involves a pair of criminals abducting homeless children from the streets of Gotham City for some unknown purpose. Narrowly escaping an initial capture is Selina Kyle, or, “Cat”, as her street name goes. Everyone apparently calls this version of Selina, “Cat”, and she even insists that Gordon call her that upon her first introduction. It’s anyone’s guess as to why Selina hates her birth name, but maybe it will be addressed in a future episode, particularly given the vaguely deceitful claim that Gordon’s report on Selina’s family is wrong when it states that her mother isn’t dead.

Anyhow, while Gordon and Bullock investigate the disappearance of the children, we got some material with the other developing villains and other such personalities in Gotham City that were introduced in the pilot. Oswald Cobblepot begins the episode by having to hitchhike, leading to him being picked up by some goofy college kids. After one of them makes the mistake of saying that Cobblepot walks like a penguin however, Cobblepot gets angry and violently murders him, kidnapping the other and holding him for ransom. Again, it’s still unclear exactly why Cobblepot resents his future super-villain moniker so much, but we know that he’ll inevitably get used to it at some point I suppose.

As much as this episode wants to continue developing Cobblepot, even introducing his undeniably ghastly mother, played by Carol Kane, the future Penguin kind of sat in the background this time. As great as it was to see more of the clash between his outwardly polite demeanour and repressed psychotic edge, this week felt like it was just getting the character to a different spot that was necessary for a future episode. We don’t even see what happens when the young man’s mother refuses to believe Cobblepot’s ransom demand, though it’s perhaps more frightening that way.

A character that continues to be given great moments however is Fish Mooney, who is confronted by Don Carmine Falcone. Beyond teasing future developments with Falcone family rivals, the Maroni family, another set of personalities that should be familiar to avid Batman fans, Don Falcone really made an impression when he ends the conversation by having Fish’s undercover lover beaten before her eyes. After Falcone and his men make their exit, Fish initially appears calm, but eventually breaks down and screams at her establishment’s guests to leave. 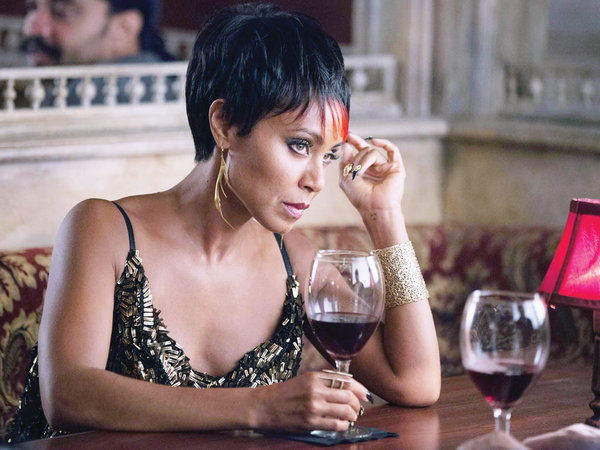 The Fish Mooney material is still superb, and she’s still proving to be the best original character invented specifically for Gotham at this point. Given that her screentime ended with a desire that Cobblepot was still alive so that she could really make him suffer, good things are no doubt going to remain ahead for this character.

For the most part though, even if much of her is still shrouded in mystery, this episode appeared to lay the foundation for Selina Kyle to develop into a character with larger bearing on the story, particularly when she finally meets Gordon, and the episode ends with her dropping the bomb that she witnessed the Wayne murders, and could possibly identify the killer. I can see this being a red herring, since it’s no doubt too early to solve that mystery, but at least it should get viewers amped for next week’s episode.

Speaking of the Wayne family, David Mazouz was given some great character moments this week as the young Bruce Wayne, who has started to really respond to the death of his parents. Some of this involves the predictable drawing of violent art and listening to heavy metal tunes, but the real standout moments come from him burning himself with a candle early on, to which we see Alfred respond with aggression, before catching himself and just holding the boy close in assurance. This all came to a head when Bruce confessed to Gordon that he wished to test himself, then started opening up about how he wanted to help the less fortunate in the city. It was another inspiring glimmer of the hero that Bruce is destined to become one day. 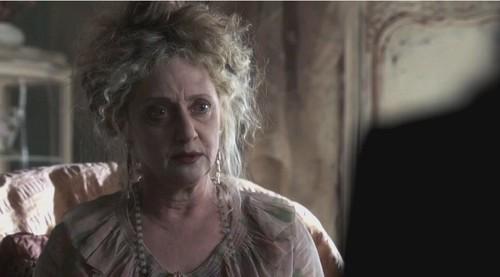 Just like in the pilot, Sean Pertwee continues to be a great new live-action take on Alfred as well. It’s interesting to see a more raw and less refined version of the character, and that’s particularly evident when he confesses to Gordon that he has no idea how to raise a child. Yes, that’s going to be the least of his worries when Bruce one day dons the cape and cowl, but it was very refreshing and undeniably cool to see the child-less Alfred admit that he has no idea how to raise the young Bruce Wayne, and who could blame him? It’s progressive and smart to have an Alfred here that doesn’t necessarily have all of the answers, and is still trying to fill the shoes of Bruce’s late father, rather than be an independent father figure in his own right.

If it seems like this wasn’t really an episode about Selina Kyle, so much as one that simply gave Selina Kyle an actual character, then you’re right. Ironically, “Selina Kyle” barely focused on its titular character, beyond finally giving her a voice and some mysterious background. It was great to see Camren Bicondova finally get to speak as the young Selina, and thankfully, she’s got a fantastic mix of streetwise courage and sassy charm. It’s easy to see the future Catwoman in her eyes as she talks and sneaks around, and that makes her remarkably well cast.

Even if the show is still trying to cover a lot of ground at once with its large scope, Gotham’s second episode felt a little better polished and well-structured. There wasn’t as much effort made to force in a bunch of needless Batman nods this time, even if there was the revelation that the child abductors are working for the Dollmaker, a villain that should be familiar to DC fans, or even anyone who has already taken up watching fellow DC show, Arrow. Still, this was a cool tease, as were the first mentions of Arkham Asylum, and the implication that the closed-down institution may soon be re-opening for a shady new purpose. Does this mean that Professor Hugo Strange will be introduced soon?

In any case, Gotham continues to improve on an already strong foundation with “Selina Kyle”. It ultimately failed to answer most of the questions about the character it advertises, but at least it proves along with the rising quality of the show that Gotham’s young Catwoman has been well chosen!

Gotham 1.2: "Selina Kyle" Review
We learned little about its title character, but "Selina Kyle" finally gave the future Catwoman a voice, along with packing in plenty of great moments with the other characters.
THE GOOD STUFF
THE NOT-SO-GOOD STUFF
2014-09-30
83%Overall Score
Reader Rating: (0 Votes)
0%