Constantine debuted quite a promising new personality this week, as Jim Corrigan made his debut on the show, played in a guest role by Emmett J. Scanlan. DC fans would recognize Corrigan as Justice Society hero and vengeful spirit of the murdered dead, The Spectre, though at this point, he’s simply a disbelieving cop with a sarcastic side.

Fortunately, Scanlan is already developing a fun and effectively snarky rapport with Matt Ryan in the lead role of Constantine. The interactions that Constantine and Corrigan share are equal parts entertaining and unsettling, with the DC faithful no doubt finding Corrigan’s story particularly ominous, given that they know he’s doomed to die badly at some point, and be denied entrance to the afterlife. 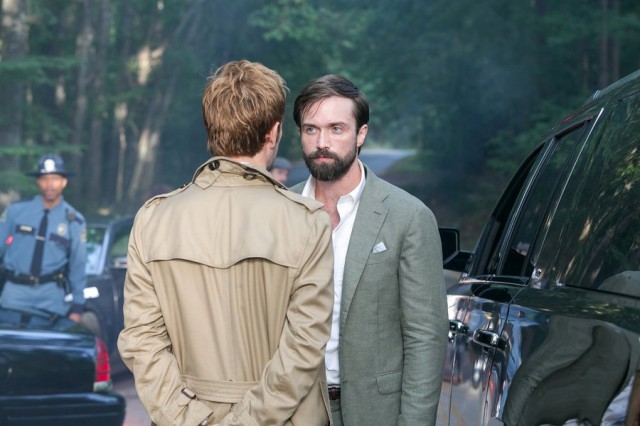 NBC and DC have both brought up the possibility that Scanlan may eventually headline a spin-off show centering on The Spectre, which could lay the foundation for a televised DC Occult Universe, similar to what The CW is doing with the shared DC Television Universe between Arrow and The Flash. This is an exciting possibility after seeing Constantine’s take on Corrigan in action, since he already feels like a character with an interesting story, and an inevitably tragic past. Just the fact that we first see Corrigan drunk and urinating an alley when he accidentally witnesses the first villainous killer of the episode is enough to create intrigue about who Corrigan is, and what kind of career he’s led.

Yes, the first killer. There are three separate killers this week, all of which being harmful undead spirits that have begun to kill the living. A disfigured former model, a runaway teenage hitchhiker, and a cancer-stricken husband are among the killers, with Constantine not able to cover every last stretch of ground. Not only must he team up with a disbelieving Corrigan then, but also Papa Midnite, who is still sore over what happened with the acetate in “The Devil’s Vinyl” a couple of weeks back.

Papa Midnite is one of the more complex characters from the Hellblazer comics, since he’s served as both friend and enemy to Constantine, depending on the occasion. It was cool to see this episode showcase the other side of their strained relationship, with Papa Midnite also appearing in over his head when the spirits he contacts suddenly appear to be rising from the grave. This episode also revealed Papa Midnite’s dead sister, Cedilla, whom Midnite communicates with to seek answers from the underworld. Most chilling of these was an answer for Constantine, claiming that someone close to him will soon betray him, and that all of his efforts against, “The coming darkness” are in vain.

The idea that Constantine may, through accident or intention, be betrayed soon is an interesting one, but this, “Coming darkness” could really use an explanation soon, or at least a small clue. So far, it’s been an easy device for the writers to use to justify their one-off ghosts, but it’s getting to be a pretty vague excuse for the show’s weekly evils. You’d think that a pressing threat like whatever’s going on would spur characters like Cedilla or Manny to be a little less vague, considering that the fate of the world probably hangs in the balance, assuming it’s not even the next world’s too! 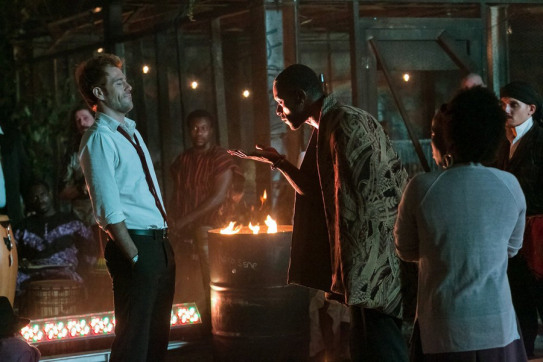 One thing that was especially effective between Constantine and Papa Midnite however is that Midnite accused Constantine of being an intruder who is not welcome in the spiritual realm. The dialogue wherein Midnite explained that Constantine is a trespasser who makes sloppy magic, and doesn’t respect the traditions or cultures of anyone was quite well-written, as was Constantine’s retort that he has to do what he has to do. It nicely illustrates the complicated partnership between these two men, with neither seeming to be fully right or wrong.

In any case, the way each case played out was interesting, effectively showcasing how clever Constantine can be, even when he’s away from a threat. Chas and Zed finally got some much better use this week, with Chas sorting out the model (complete with exploiting his inability to die to draw the attention of Corrigan when he initially doesn’t believe Constantine and co.), and Zed taking care of the hitchhiker. The hitchhiker plot even did a good job of touching upon Zed’s mysterious backstory, hinting that she parted with her family on bad terms, and that Corrigan remembers her from a missing persons report. Does this mean that New Orleans also happens to be around where Zed used to live? Zed foreseeing Corrigan’s murder could also be a hint that this sort of thing may be revisited after Corrigan inevitably becomes The Spectre. Let’s hope so. 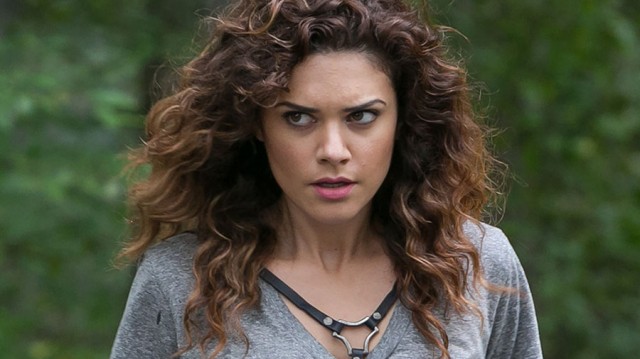 “Danse Vaudou” was another strong episode of Constantine that seems to be indicating that the show is starting to really find its footing. It didn’t quite reach the highs of “A Feast of Friends” from last week, but it made better use of the supporting cast, and helped to show a nicely different side to Constantine’s tactics. Jim Corrigan was also introduced effectively, even pre-Spectre, and while the villains were just more wayward ghosts, at least the episode was entertaining throughout.

Hopefully we start getting an idea of exactly what is going batty in the spirit world soon though.