Marvel had some big movie news today, confirming the casting of the title villain in X-Men: Apocalypse, though DC also took the opportunity today to make a big movie announcement of their own! 2017’s Wonder Woman movie has just hired a director, and as rumour suggested, Warner Bros. and DC were exclusively considering female helmers for the gig. 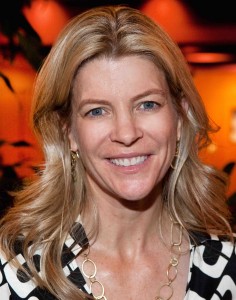 Michelle MacLaren has snagged the job, after first appearing on a leaked short-list of female directors that the studio was considering for Wonder Woman, with Variety claiming that MacLaren was in talks a couple of weeks ago, apparently being Warner Bros.’ preferred option. It seems this rumour was correct. MacLaren is said to have been meeting with Warner Bros. over Wonder Woman since August, months before its release info was made public in October, alongside the rest of the DC Cinematic Universe movies through to 2020. She will be working with the (currently unconfirmed) script writers on the movie’s story, as well as Zack Snyder, Deborah Snyder and Charles Roven as producers.

Gal Gadot has already been cast as Wonder Woman for the upcoming movie, though Gadot will debut the character during the previous year, in 2016’s Batman v Superman: Dawn of Justice. Gadot seems to be playing Wonder Woman twice in one year at this point too, as she will also be reprising the role in the first DC Cinematic Universe crossover flick, Justice League: Part One, also set to release in 2017. While it’s unconfirmed at this point, it’s also pretty well certain that she’ll return to the role in 2019’s next crossover movie, Justice League: Part Two.

Michelle MacLaren has primarily worked in television, though her resume is an extremely impressive one. She has helmed eleven episodes of Breaking Bad, more than any other director during that show’s run, and has also directed episodes of Game of Thrones and The Walking Dead. Her Game of Thrones experience should serve her particularly well for the fantastical world of Wonder Woman, which is heavily rooted in Greek mythology especially.

Obviously, no plot details have been set for Wonder Woman at this point, including any indication of who the villain of the movie might be. So far, Gal Gadot is the only confirmed cast member as well, playing the title role.

Keep lassoing Eggplante for all news and updates on Wonder Woman, and the DC Cinematic Universe at large.