The next X-Men flick has found its title villain! 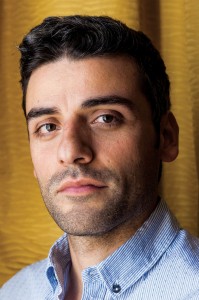 The news has just been broken, via official Hollywood source, Variety, that Oscar Isaac will portray mutant menace, Apocalypse in 2016’s upcoming X-Men: Apocalypse. Isaac has formerly appeared in Sucker Punch and Ridley Scott’s Robin Hood, and will soon have a hot gig in next year’s enormously anticipated December blockbuster, Star Wars: The Force Awakens.

Apparently, Isaac won the role over Tom Hardy, who was apparently 20th Century Fox’s first choice for the part. Hardy has evidently passed on the role though, and appears to have shacked up with DC instead, who were also apparently grooming Hardy for the role of squad boss, Rick Flag in their competing 2016 blockbuster, Suicide Squad. DC has not yet confirmed the rumour of Hardy’s casting in Suicide Squad, which has also had Will Smith, Margot Robbie and Jared Leto pegged for the roles of Captain Boomerang, Harley Quinn and The Joker respectively, but the fact that Hardy passed on being Apocalypse would seem to be decent evidence that he’s planning a return to the DC Universe, after portraying main antagonist, Bane in 2012’s Batman flick, The Dark Knight Rises.

Apocalypse, also known by his birth name, En Sabah Nur, is the first mutant in the majority of X-Men media, having been born in ancient Egypt around 3,000 B.C. Arguably the X-Men’s second-most dangerous and powerful arch-nemesis, behind Magneto and the Mutant Brotherhood, Apocalypse is immortal, seemingly invulnerable, and can manipulate both matter and energy on a sub-atomic level, on top of having immense psychic power. Needless to say, he’s a bruiser! X-Men: Apocalypse will also mark Apocalypse’s first proper portrayal in the live-action X-Men movie series that 20th Century Fox has had going since 2000, though a young incarnation of the character was teased in a post-credits scene right at the conclusion of this past May’s previous X-Men movie, X-Men: Days of Future Past. 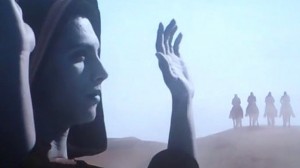 X-Men: Apocalypse will take place in the 1980’s, and will be the conclusion of the prequel trilogy of X-Men movies that started with 2011’s X-Men: First Class. Aside from Oscar Isaac, James McAvoy (Professor X), Jennifer Lawrence (Mystique), Michael Fassbender (Magneto), Nicholas Hoult (Beast), Evan Peters (Quicksilver), and Hugh Jackman (Wolverine) will reprise their roles from the previous movies. It’s also rumoured that younger incarnations of X-Men characters, Storm, Jean Grey and Cyclops may appear in the movie, with Channing Tatum also debuting a new portrayal of card-slinging X-Man, Gambit.

X-Men: Apocalypse hits theatres on May 27th, 2016. It will follow another long-gestating spin-off set in the X-Men movie universe that year, Deadpool, set to hit theatres on February 12th, 2016.

Keep manipulating Eggplante for all news and updates on X-Men: Apocalypse, and other projects to come in the X-Men movie series.