UPDATE: After Sony’s big reveal of Spectre as the 24th James Bond movie, Casino Royale and Quantum of Solace actor, Jesper Christensen, who played minor villain, Mr. White, has confirmed that he will reprise his role as Mr. White in Spectre. This would seem to indicate that the Quantum organization that Mr. White is affiliated with is either a rival or subsidiary of the titular SPECTRE organization. Either way, it looks like Quantum hasn’t disappeared from the new Bond franchise after all.

The 24th James Bond movie has been discussed and hyped up since soon after the release of 2012’s 50th anniversary hit, Skyfall. Now, as they promised earlier in the week, Sony Pictures has revealed several bits of key information about the upcoming movie.

First, and most importantly, the title. James Bond 24 will officially be titled Spectre. Old-school Bond fans should be able to draw plenty of conclusions from said title, namely in how it relates to the classic villains from the original Sean Connery era of Bond movies. Filming on Spectre begins this Monday.

On that note, the finalized lead cast includes Daniel Craig as James Bond, Ben Whishaw as Q, Rory Kinnear as Tanner, Naomie Harris as Moneypenny, Ralph Fiennes as M, Andrew Scott as Denbigh, David Bautista as Mr. Hinx, Monica Belluci as Lucia Sciarra, Lea Seydoux as Madeleine Swann, and, as rumoured, Christoph Waltz as a character called Oberhauser, who would appear to be the movie’s villain.

Since Waltz’s casting first became rumoured, “Oberhauser” is claimed by some sources to be a false name that the character uses. Rumour has it that Waltz is in fact the modern incarnation of classic Bond super-villain, Ernst Stavro Blofeld. Given the movie’s rather unambiguous title, it would appear to be another John Harrison ploy, for all of you Star Trek fans. Naturally, Sony Pictures is keeping the secret of Oberhauser’s identity a surprise though, even if, like Khan’s re-appearance in Star Trek into Darkness, it might end up being another worst kept secret in film for 2015.

Sony Pictures doesn’t appear to be wasting time with the title of Spectre, which they had to aggressively negotiate for, after not

initially having the rights for it. A forerunner to SPECTRE (an acronym that stands for SPecial Executive for Counter-Intelligence, Terrorism, Revenge, and Extortion) came in 2008’s Quantum of Solace, where Bond dealt with a widespread criminal syndicate called ‘Quantum’. After audiences failed to take to this new band of criminals though, it would seem that Sony Pictures wants to go back to the established villains, as they now have the rights to use both the name and logo of SPECTRE, along with its various members, including leader, Blofeld.

In some modern James Bond-themed video games, SPECTRE was featured, though it was renamed, ‘Octopus’, due to the Bond producers not having the rights to the SPECTRE name. This is in reference to the SPECTRE logo resembling an octopus, though even the logo had to be altered for use in the games. 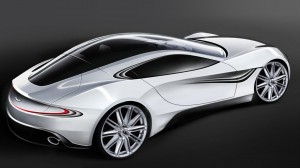 Along with the title and cast list, Sony confirmed that Bond will be driving a brand new Aston Martin DB10 in the movie, which is a new Aston Martin model that is being created specifically for Spectre. The Aston Martin has always been 007’s make of vehicle, and it’s great to see that this tradition is being upheld. The car will be featured across various filming locations, which include Pinewood London Studio, Mexico City, Rome, Tangier & Erfoud, Morocco, Solden, Obertilliach, Lake Altausee, and Austria.

The official synopsis for Spectre has also been revealed. It claims that a mysterious message from Bond’s past sends him on the trail of a secret and sinister organization. As M battles political forces behind the scenes to keep MI6 alive, Bond uncovers the many layers of deceit that reveal the terrible truth behind SPECTRE.

You can check out the first official poster for Spectre, including a rather neat new take on the organization’s classic logo, below: 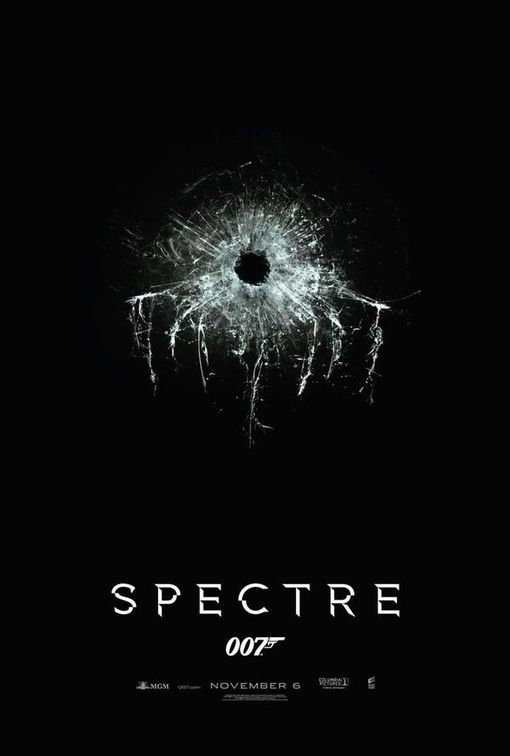 Spectre will be directed by Sam Mendes, returning to helm after Skyfall, and will come to theatres on November 6th, 2015.

Keep sneaking to Eggplante for all news and updates on Spectre, and any other 007-related projects to come.