The second episode of the final season’s two-hour premiere, “Ron and Jammy” continued the story of Leslie and Ron’s 2017 feud over whatever “Morningstar” is supposed to be. Nonetheless, the two were forced into an uneasy alliance, when the prank of Ron and Diane setting up Tammy Two with Jeremy Jamm, Leslie’s City Councillor nemesis, comes back to haunt Ron and Leslie both in the battle for the Newport land.

Outside of that business, Andy and Tom go to Chicago after Tom is contacted by his ex-girlfriend, Lucy, reprised in a guest role by Natalie Morales, which is naturally carried by Andy’s oblivious inability to understand absolutely anything. Tom may be enjoying his huge success as a restaurant mogul, but ultimately, he’s still a self-serving crybaby at heart, in a good way. It was very funny to see him tell Andy all about being a busy and successful restaurant manager, only to decide to just up and take a vacation to pursue a woman. Yeah, Tom would do that, wouldn’t he? 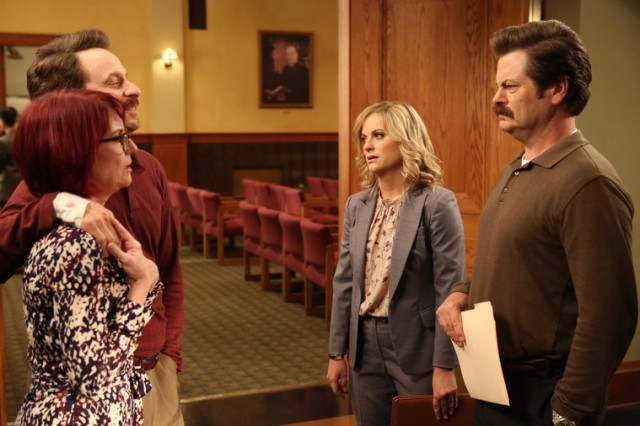 The vast majority of the episode however revolved around Leslie and Ron trying to rehabilitate Jamm, whom Tammy Two has twisted into a sort of Ron doppelganger. Jamm is apparently force-fed so much steak and whiskey that he’s ruined his digestive system, but Tammy Two nonetheless checks his stool to make sure that he’s following Ron’s diet. We knew that Tammy Two was nuts, but it seems like she always manages to raise the bar for crazy during every appearance. She particularly outdid herself for the final season, with Ron also revealing that she once hid in his attic for six days when he was away to try and ambush him, surviving on rats and rainwater. Wow.

Naturally, the comedic highlight of the episode was the actual attempt to snap Jamm out of being entranced by Tammy Two’s insane charms, with both Leslie and Ron trying to sway his vote for the contested Newport land. Amy Poehler does a hilariously accurate impersonation of Megan Mullally in trying to pose as Tammy Two, and hearing Leslie try to sound as oversexed and unhinged as Tammy Two is nothing short of side-splitting hilarity. Likewise, it’s sort of satisfying to see her getting the chance to slap Jamm senseless repeatedly in another scene, no doubt getting some frustration out after Jamm’s hysterically immature hindering of her government plans throughout much of Season Six.

Likewise, Nick Offerman excelled as much as ever in conveying his fictional hatred of his real-life wife, Megan Mullally. Some of his barbed comments to Tammy Two were actually a bit diminished compared to some prior seasons, but he did give one great line to Jamm, suggesting that he should tell Tammy Two to find a pet store and feed herself to the snakes. 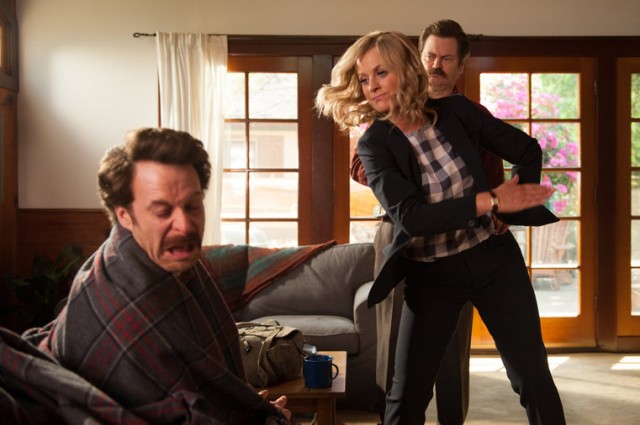 It’s actually kind of sad to consider that this could be Tammy Two’s final appearance in the series. At least she went out on a high note though, with the best part of all of Jamm’s training leading to him successfully being able to brush her off, only to have Tammy Two get naked in the middle of a crowded library and try to seduce Jamm. It was especially funny when Leslie gets scolded for exclaiming that Tammy Two is naked in public, responding with, “Are you not seeing this?!” to the librarian scolding her. Jamm may be a dick, but it was fulfilling to see Tammy Two’s powers defeated by someone other than Ron. She’s the kind of character that people love to hate, which is why it’s sad to potentially see her go after this episode.

It was also cool to have Ron acknowledge that Leslie sacrificed winning the feud between them by having Tammy Two give Leslie her vote if she gives up on saving Jamm. It shows that there is hope for these two to become friends again, regardless of whatever drove them apart, and that Ron is still a man of integrity, even if Leslie still gets pretty carried away with her convictions. Jamm ends up abstaining, which once again leaves them at a stalemate. Oh well. More fun for next week on this note. 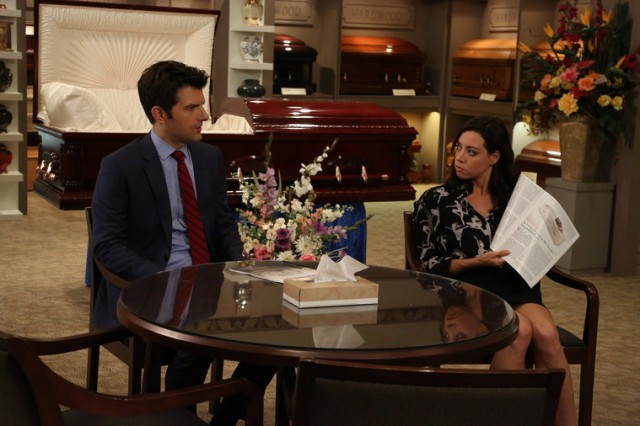 As for the subplot in Chicago, Tom’s confession of being lonely and wanting to share his success with someone was kind of heartfelt, and it was uplifting to see him appear to get another shot with Lucy after he successfully hires her to be a restaurant manager, and move back to Pawnee. Tom then gets blindsided by the revelation that Lucy has found a boyfriend however, and it looks like she won’t be his happily ever after. Damn. On the bright side, this sets up a fun audience guessing game as to who Tom’s ultimate sweetheart may end up being by the end of the final season, especially when Andy appears to state to the audience as much as Tom himself that Tom’s soulmate may well be someone he’s already met over the course of the show. An intriguing tease indeed…

The only slightly weaker plot came from April being “inspired” by an increasingly deranged Joan Callamezzo to find her real passion. Joan was quite funny, but Ben and April traipsing around a funeral home to try and rediscover April’s ten-year-old passion was only mildly entertaining, and predictably went nowhere. April suddenly being unhappy with her life doesn’t really make sense, and feels like it’s at odds with her being bothered by domestic and career bliss just thirty minutes earlier in the prior episode. This arc also proved pretty unmemorable in the end, being quickly overshadowed by the other two, and especially Ron’s and Leslie’s arc with Jamm and Tammy Two. 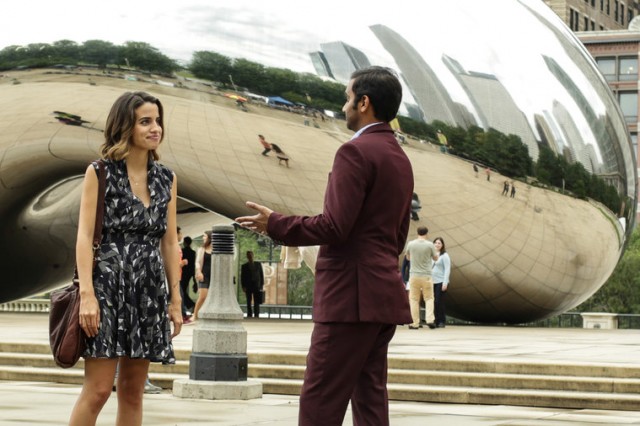 Despite that, “Ron and Jammy” continued the awesome double hit of premiere episodes for the final season of Parks and Recreation. We got a hilarious swan song for Tammy Two and Jamm, and the tease of a happy romantic ending for Tom, even if it wasn’t this episode. The rest of the cast didn’t leave much of an impact this episode, but that’s ok. After everyone got great moments to shine in the first episode, it’s forgivable that the second of the two is more focused on raw laughs with fan favourites.

Parks and Recreation 7.2: "Ron and Jammy" Review
"Ron and Jammy" brilliantly spotlighted Tammy Two and Jamm in a hysterical swan song for both of their insanity, and provided an equally fun tease for Tom's final hunt for love.
THE GOOD STUFF
THE NOT-SO-GOOD STUFF
2015-01-14
90%Overall Score
Reader Rating: (1 Vote)
90%