On the heels of The CW renewing virtually their entire Fall lineup of shows for new seasons, and CBS renewing three of their new shows from this season, FOX has announced at the Television Critics Association that several of their own especially beloved programs will be getting new seasons for the 2015/2016 TV season that begins this Fall. 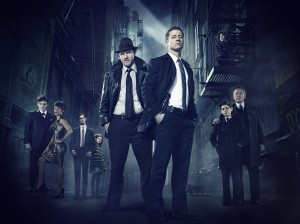 Unsurprisingly, FOX’s new Batman prequel series, Gotham has been renewed for a second season. Despite some mixed critical reception, the show has been a ratings record-breaker for FOX, with Gotham’s pilot being their most watched show debut in 14 years, and the show currently standing as the most-watched broadcast drama between the coveted adult male 18-49 audience in all of television at present, not just FOX. The series centers on a younger, rookie detective version of James Gordon, first beginning his tenure with the Gotham City Police Department and squaring off against the great mobsters and villains that will one day menace Batman, as a young Bruce Wayne realizes his destiny in the shadows.

Gotham will join The CW’s new DC Comics-inspired series, The Flash with its renewal for next television season, with The Flash also being a top show and record-breaker for The CW, and recently being renewed alongside its sibling DC series, Arrow after its massive success. This means that the only DC Comics-inspired primetime network show that remains on the bubble is NBC’s Constantine, which didn’t have new episodes ordered past the initial 13 for Season One, though has been moved to an earlier timeslot for its recent midseason return in an effort to boost ratings and viewership, with its fate undecided for next season.

Another successful new drama that FOX launched just recently is Empire, a new series set amongst a family dynasty in the music business. Empire proved to be a ratings sensation, being the only show this season to see a climb in ratings from its first episode to its second, overtaking Gotham in overall ratings beyond the 18-49 male viewer audience, though Gotham is still in a firm second place overall, and is the preferred drama of the 18-49 male viewership. Due to the huge breakout success of the show, Empire has been renewed already, and will air its second season next Fall.

Outside of FOX’s new dramas, one veteran comedy series has also been renewed. Brooklyn Nine-Nine, a series set amongst the eccentric dealings of an underdog New York police precinct, will return next Fall for a third season. The series has seen a huge climb in viewership and ratings in its currently-airing second season, representing the highest year-over-year viewership growth of any series overall for this season, even beyond FOX.

One fan-favourite drama that has ended up on the bubble however is Sleepy Hollow, which FOX hasn’t yet committed to renewing for the Fall. FOX wishes to make some changes to the show, believing that it needs to be more episodic and less serialized. It would appear that they want to see if this creative change can boost viewership, or if the show has gone as far as it can go for the network. Either way, fans of Sleepy Hollow had best be cautioned that the future of that series is a little more precarious. 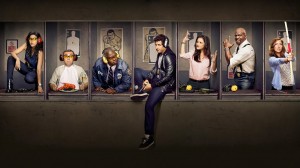 Beyond the news of the renewals, FOX spoke a bit about the possibility of reviving hit 1990’s sci-fi series, The X-Files, saying that such discussions had been made, but there are no commitments for a new X-Files series made quite yet. They also re-affirmed interest in bringing back hit action-drama, 24 again, after the huge success and acclaim of its revival miniseries, 24: Live Another Day last year. The next installment of 24, whatever it may turn out to be, may not necessarily star Jack Bauer however, with Kiefer Sutherland expressing apprehension about signing for any new developments in the series. Given that he’s just inked a new contract with Konami and Kojima Productions to be the new voice and motion-capture actor for Metal Gear Solid hero, Snake, that’s probably understandable.

Keep surfing to Eggplante for all news and updates on high-profile FOX shows, including further coverage of Gotham and Brooklyn Nine-Nine.