Nintendo has been employing a loyalty program called Club Nintendo for years now. The program has offered incentives for loyal customers that fill out registration surveys and comment on post-play satisfaction for products on Nintendo’s platforms, usually the 3DS and Wii U, though many first-party and third-party DS and Wii games have also been affiliated with the program. Rewards include exclusive Nintendo merchandise that can’t be attained anywhere else, as well as free digital copies of Nintendo eShop games and/or Virtual Console games for Wii, 3DS or Wii U. 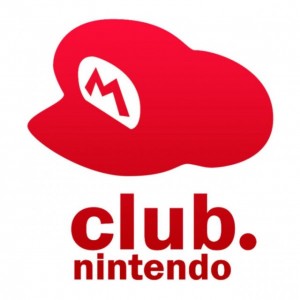 Unfortunately, Club Nintendo’s days are now numbered. Nintendo has announced that Club Nintendo will be terminated on June 30th, 2015 in North America, and the rest of the world on September 30th. Any 3DS or Wii U games released after January 20th will not be eligible for registration on Club Nintendo (i.e. The Legend of Zelda: Majora’s Mask 3D, Code Name S.T.E.A.M., Kirby and the Rainbow Curse and Splatoon, to name a few), nor will the soon-releasing New 3DS XL, which comes to North America on February 13th. People will only be able to register for a Club Nintendo account, as well as register games and earn Coins, the dedicated currency that allows members to redeem rewards, until March 31st as well.

Nintendo also promises that ‘dozens’ of new game offers and exclusive limited edition merchandise will be offered to Club Nintendo members leading up to June 30th, to help existing members clean out their remaining Coin balance. ‘Elite’ members with Gold or Platinum status will also get to choose an additional free reward for the program’s final bow. Any Coins not spent before June 30th will obviously be wasted, so be sure to keep coming back to the Club Nintendo page to check on any potential new rewards to spend your Coins on. 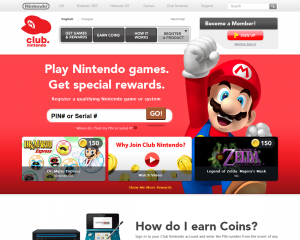 Any alarmists and naysayers had best calm down though. The elimination of the program is not related to any kind of financial trouble, nor the Wii U’s well-publicized under-performance. In fact, Nintendo had their best month yet in terms of Wii U sales in December, and saw big success during the Holiday 2014 quarter overall, not to mention that they’re currently more cash-solvent than both PlayStation and Xbox!

Instead, it seems that Nintendo might be looking toward the highly successful premium membership programs offered by competitors, PlayStation and Xbox, PlayStation Plus and Xbox Live Gold respectively, and may wish to offer something similar with their own platforms, especially if the future 3DS and Wii U successors may need to charge a subscription fee to maintain online services, as with the current PlayStation 4 and Xbox One consoles, and the last-gen Xbox 360. Given that Sony and Microsoft try to placate gamers having to pay fees to do things like play online with incentives like free games, exclusive beta access and exclusive discounts on digital game content, Nintendo may want to provide more gamer-dedicated content for their loyal consumers in the same fashion, beyond some monthly Virtual Console and eShop downloads from their own catalogue, which must still be ‘bought’ with time spent on surveys and registration, as well as owning enough Nintendo products.

The elimination of Club Nintendo for a new Nintendo membership program also seems to be further evidence that Nintendo is moving away from the so-called ‘casual gamer’ market, and appears to be trying harder to please more dedicated core gamers now. The New 3DS XL that launches in North America this February includes additional shoulder buttons, a second Circle Pad, more stabilized face-tracking 3D, Amiibo support, and a more powerful processor that strongly reduces boot-up and download times, and increases overall performance and graphical potential, all frequent requests by serious 3DS gamers. Nintendo has confirmed that the upgraded handheld is meant to help nudge Nintendo away from the casual market that they increasingly courted with the ultra-successful DS and Wii during the previous decade, and position themselves so that they can more aggressively appeal to more dedicated core gamers with the current market. 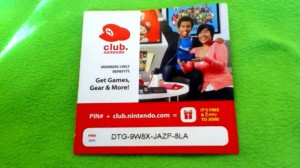 Nintendo’s General Manager of the company’s Research and Entertainment Development arm, and Mario and The Legend of Zelda creator, Shigeru Miyamoto, recently spoke on the subject of the company’s shift in priorities with their audience, in regards to the announcement of the more core gamer-focused New 3DS for Japan last year. Miyamoto stated that Nintendo felt that the widespread rise of smartphones and other such mobile devices had already seized the casual market completely, and that the DS and Wii’s casual-friendly marketing made more sense in a pre-smartphone market. Miyamoto also expressed personal distaste with what he labeled, “Passive consumers”, who weren’t interested in working with Nintendo to foster creativity and embrace truly innovative game design (another potential reason why the survey-heavy Club Nintendo is being eliminated), and simply demanded that they be entertained without wanting to put in any real effort, an attitude that Miyamoto, and Nintendo at large, is rapidly growing sick of.

What do you think of the elimination of Club Nintendo? Are you sad to see it go? Are you indifferent? Would you be interested in Nintendo adopting a premium membership program like PlayStation Plus or Xbox Live Gold, or would you rather that they not tempt things like online fees, even if it came at the cost of free games and other such incentives? As usual, your comments are welcome below.

Keep revisiting Eggplante for any news and updates on major Nintendo incentives and membership programs.