After a great pilot episode that set up a very promising new TV series in iZombie, the second episode, “Brother, Can You Spare a Brain?” proved equally impressive!

It didn’t take long for Liv to learn that she’s not the only zombie in town, as the dealer who formerly offered her the zombie drug and scratched her, Blaine, is seen in visions, and later meets Liv directly while she’s working her next case. The introduction of Blaine creates an effective new dramatic stake for Liv, as Blaine represents the worst direction she could go in, should she abandon using her zombie condition for the greater good. 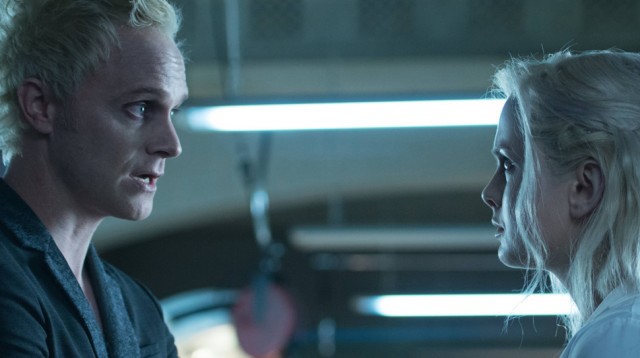 Thankfully though, Blaine certainly isn’t a buzzkill, and fits right in with the show’s tongue-in-cheek comic book vibe. Liv meeting another zombie in Blaine leads to all sorts of amusing dialogue, namely in the woes of eating brains and having pale complexion, and it’s very amusing to watch. Even the reaction of fellow coroner, Ravi to another zombie is pretty priceless. He’s probably going to have a hell of a time obtaining that urine sample though.

Liv was also met with a pretty interesting case this week, where an artist is murdered in his own studio. Detective Babineaux assures Liv that it’s the wife, because it’s always the wife, but Liv isn’t so sure. After eating the artist’s brain, she sees visions of alternate lovers, which the artist’s wife dismisses as being consented polyamory. When Liv starts seeing scorned boyfriends however, with the evidence pointing to a killer much taller than the wife, she starts poking further, believing that there is far more to the story.

The influence of the brain leads to Liv trying to win back Major, but it just results in her being scorned and kicked out for her behaviour. Ouch. As much as you’ll laugh at Liv’s state of mind throughout most of the episode, this was a heartbreaking moment, which reminded us of the fact that Liv’s brain inheritances aren’t just goofy fun all the time. They can have a serious impact on her personal life, even if she still found the taste to get a better portrait for her apartment. You win some, you lose some, I guess. 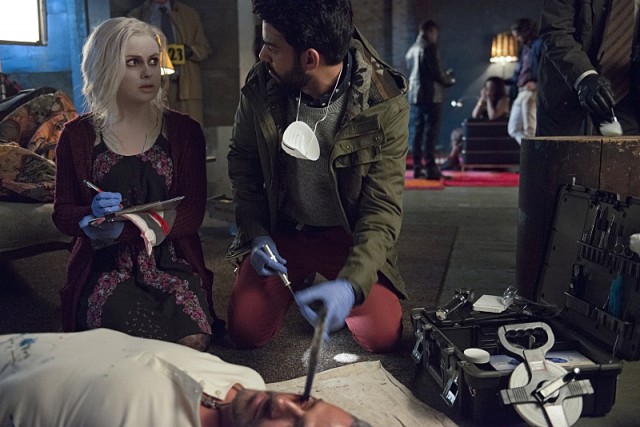 As for the case, there were tons of red herrings, but in the end, the wife is indeed found to be the culprit. Ravi deduces on a whim, while talking to a girl at an art party no less, that the killer could have been mistaken for being taller, had they stabbed the artist from a higher step on the nearby staircase. Apparently, since the artist impregnated the 18-year-old daughter of his agent, and agreed to start a family with her, despite refusing children with his wife, that drove the wife over the edge. Detective Babineaux tells Liv again that it’s always the wife, but the outcome of the case didn’t feel unsatisfying. Seeing the artist’s passion help Liv rediscover her joy of living felt like victory enough, with the obvious suspect still feeling like a twist, thanks to the episode’s sharp writing.

As for Blaine, he immediately breaks his promise not to be a menace to Liv, murdering two of his former illicit associates, and beginning a bid to start taking over the city’s underworld, starting with converting himself a zombie mate in a local cougar. Yes, one has to wonder why he went for someone like that, but hey, call it quirkiness. Blaine’s explanation to the poor woman about her new zombie state was very amusing as well. I think I’m going to like this character, even though he’s supposed to be a complete zombie douche bag.

“Brother, Can You Spare a Brain?” proves that iZombie’s pilot was no fluke. This really is shaping up to be an incredibly entertaining and clever show. It’s great enough that it subverts the over-crowded and same-y zombie genre, but the fact that it does so with so much wit and inspiration is all the better. DC has been on a real hot streak with great primetime TV shows, and the fact that they can turn to their Vertigo imprint of graphic novels for equally entertaining shows is very exciting indeed!

iZombie 1.2: "Brother, Can You Spare a Brain?" Review
iZombie once again shines as one of the best dark horse hits of this TV season in its second episode, with Liv meeting another zombie, and getting a real kick out of her latest brain and case.
THE GOOD STUFF
THE NOT-SO-GOOD STUFF
2015-03-26
91%Overall Score
Reader Rating: (0 Votes)
0%