NOTE: Some small spoilers from the various Marvel Cinematic Universe movies are present in this article. 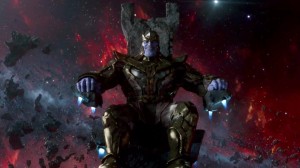 The plot of the two-part Avengers: Infinity War movies is largely unknown, though actor, Josh Brolin has confirmed that it’s, “Thanos against everyone”, following his debut portrayal of Thanos in last year’s other Marvel Studios mega-hit, Guardians of the Galaxy. Marvel also teased a big battle against Thanos in these two movies, showing a teaser image of Thanos wielding a completed Infinity Gauntlet, powered by all six Infinity Stones, upon their reveal of the Marvel Studios movie slate through 2019. So far, three Infinity Stones have been properly showcased in the Marvel Cinematic Universe, taking the forms of artifacts like The Tesseract from Captain America: The First Avenger and The Avengers, the Aether from Thor: The Dark World, and the mysterious orb that serves as a key macguffin in Guardians of the Galaxy. The Infinity Gauntlet itself, sans Infinity Gems, can be glimpsed quickly in Odin’s treasure vault during Thor. It is also believed that Loki’s Scepter from The Avengers holds an Infinity Stone, particularly after the Scepter is used by Baron Von Strucker to create Scarlet Witch and Quicksilver during a mid-credits scene in Captain America: The Winter Soldier. The potential whereabouts of the other two Infinity Gems in the MCU however are currently unknown. 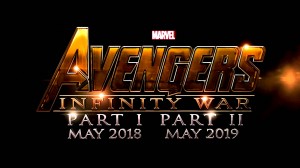 Avengers: Infinity War – Part I will come to theatres on May 4th, 2018, with Avengers: Infinity War – Part II releasing in theatres on May 3rd, 2019. Marvel Studios boss, Kevin Feige has claimed that both movies will be shot back-to-back, and that the principal Avengers actors, namely Robert Downey Jr. (Iron Man), Chris Evans (Captain America), Chris Hemsworth (Thor), Mark Ruffalo (Hulk), Scarlett Johansson (Black Widow), Jeremy Renner (Hawkeye), Samuel L. Jackson (Nick Fury), and Cobie Smulders (Maria Hill) are all contracted to appear in both movies. Josh Brolin has also confirmed his involvement as Thanos, naturally. Contrary to initial belief, these movies won’t serve as a finale to the MCU, as Marvel’s Inhumans movie follows these releases on June 12th, 2019, and Feige has stated that they have movie plans that almost approach 2030 for the MCU at this point.

In any case, catch the second Avengers movie, Avengers: Age of Ultron, on the big screen very soon, on May 1st of this year. Advance tickets are currently available, with the movie being offered in 3D, 2D and IMAX 3D formats.

Keep assembling Eggplante for all news and updates on the tw0-part Avengers: Infinity War movies, and other important updates for the Marvel Cinematic Universe.