Beloved Japanese developer, Level-5 hosted a special summit today, where they were set to make some major gaming announcements. Fans of Level-5 were quite excited, particularly when a new Professor Layton game and a Fantasy Life sequel were revealed!

… Problem is, these sequels were only announced for Japanese smartphones, despite being massive successes for the Nintendo 3DS, and even the last-gen Nintendo DS in the case of the Professor Layton series. New developments in other beloved Level-5 IP’s such as Ni no Kuni and Dark Cloud weren’t brought up at all to boot. 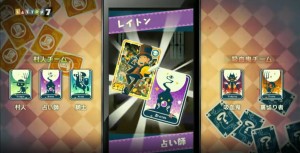 Naturally, outside of Japan especially, fans of Professor Layton and Fantasy Life have met these announcements, and Level-5’s hype around them, with extreme scorn and disgust. Things only got worse when the new Professor Layton game was revealed to be some sort of tabletop card game/party game hybrid, not the beloved puzzle-adventure games that the series has found its huge success with previously. Likewise, the Fantasy Life sequel appears to be taking more than a few cues from social games such as Farmville.

Level-5 has suggested that these new games could be released for 3DS to help bring them to international audiences, namely Layton 7, but frankly, one has to wonder if Western gamers would even want them at this point.

Regardless, keep puzzling Eggplante for all news and updates on Professor Layton, Fantasy Life, and other Level-5 gaming brands.