Agents of S.H.I.E.L.D. felt like it was spinning its wheels a bit this week, though we did finally see Coulson and Hunter’s first move against the other S.H.I.E.L.D. Likewise, Skye got her first taste of Inhuman culture, which, while feeling disparate from the rest of the episode’s plot, managed one considerable bomb to drop on the audience.

The episode gets off to a funny start, with Coulson trying to negotiate a ride with a used car salesman, only to have Hunter jack the guy’s own vehicle, forcing Coulson to ice him. It’s great to see that these two are such an entertaining double act, which helps to compensate for the lack of the ensemble that Agents of S.H.I.E.L.D. has accustomed its audience to. 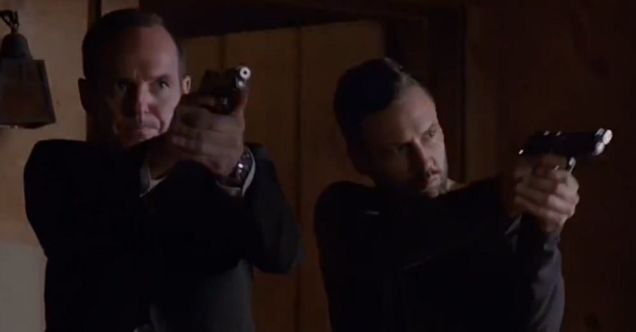 In fact, “Afterlife” seemed to be all about fracturing that ensemble. May remains captured and questioned by Gonzalez, while Skye is with the Inhumans in a sanctuary called, “Afterlife”, hence the episode’s title, Bobbi and Mack catch heat from their former allies for being in league with Gonzalez, and Fitz and Simmons continue to grow apart. Nick Fury’s mysterious toolbox remains impenetrable, though Simmons finally explains that it’s not mechanically locked, but genetically locked. Apparently, only Coulson can open the thing, catalyzing an effort for Gonzalez and the other S.H.I.E.L.D. to bring in Coulson and Hunter.

Apparently, Gonzalez is under the belief that Coulson is assembling gifted individuals, given the potentially incriminating evidence of his affiliation with Skye, who has disappeared from the radar after being whisked away by Gordon at the end of last week’s episode. Things are certainly looking bad for Coulson again, even if this does seem to be re-treading the whole arc of Coulson being an alien experiment. Ok, we get it. Coulson’s constantly suspicious, and will inevitably be found to be benign. We’ve been through this already.

At the very least, seeing Coulson and Hunter hide out in Bruce Banner’s old cabin was entertaining, particularly when the two make an amusing hologram of them playing cards, allowing them to get the drop on Gonzalez’s men. With that said though, even if it takes an hour, is a little battering ram like that seriously able to get through a reinforced door that’s meant to contain the freakin’ Hulk?! That felt a little far-fetched. 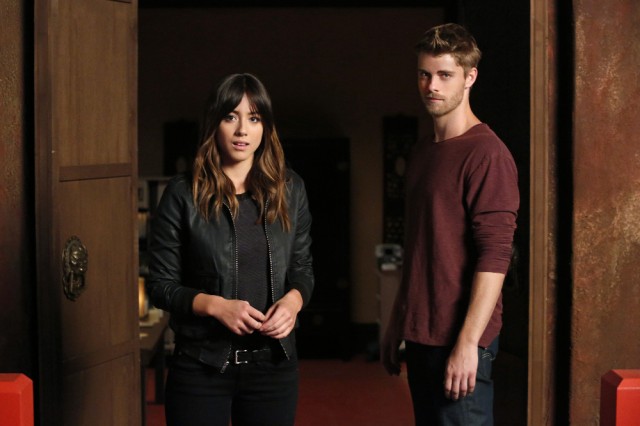 Regardless, despite their best efforts, Coulson and Hunter end up captured again, despite Coulson alluding to preparing backup… of just one man. Things seem lost, until the mysterious man shows up, and is revealed to be none other than Deathlok! Yes, at long last, J. August Richards reprised his role as Marvel’s cyborg anti-hero, taking out the squad that came that close to bringing in Coulson and Hunter, and giving the two a valuable new ally in their efforts against Gonzalez. Hunter’s reaction to Deathlok was highly amusing as well (he wasn’t around during all of the Deathlok madness in Season One), and the end reveal that Coulson is going to make contact with Ward was pretty intense to boot, with Ward being the only connecting thread that has ties to all of the chaotic elements of Season Two, namely S.H.I.E.L.D., HYDRA, Skye, and Skye’s father.

Meanwhile, plenty of entertaining material was had with the veteran S.H.I.E.L.D. crew, with Gonzalez handing May a loaded gun with which to shoot him if she seriously believes he’s a traitor (that was quite the risk!), and Fitz appearing to “quit” S.H.I.E.L.D. This appears to result from Fitz throwing up his hands with Simmons, only to have the episode end with Fitz taking a cab to the airport, with the toolbox in his inventory, and his favourite sandwich made by Simmons. Apparently, Fitz and Simmons never truly grew apart after all, and that was very heartwarming to see. It should also be quite exciting to see the target no doubt painted on Fitz’s head now, since Gonzalez now has a separate piece of Fury’s puzzle to chase!

As for the Inhuman material, it continues to unfold in the background more or less, though the insight into how other dormant Inhumans have gotten by was very interesting, as was the reception to Skye’s powers being activated without the Inhuman movement’s permission. The allusion to elders could point to the familiar Inhumans of Marvel lore (i.e. Black Bolt, Medusa, Gorgon, etc..), though it’s also possible that they exist far away from the earthbound Inhumans. We’ll no doubt find out when the Inhumans movie hits the big screen in 2019. Gosh, that’s such a while from now. 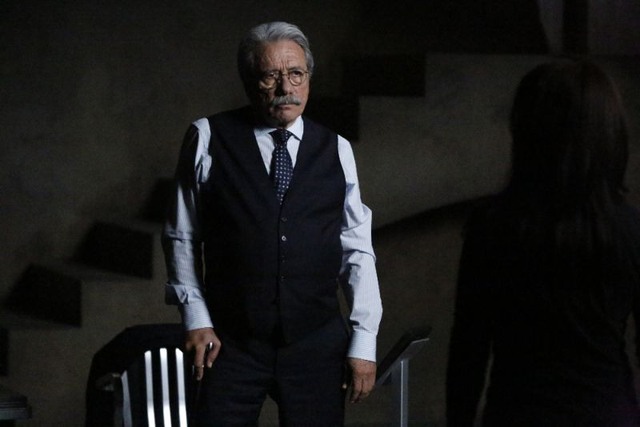 Anyway, the big bomb this week came from Skye reuniting with Raina, and forced to stand down, as Inhumans are forbidden to fight each other at Afterlife. Skye also meets Raina’s guide to mastering her abilities, who turns out to be… Her mother?! Yes, Skye doesn’t recognize her, but Skye’s mother is apparently very much alive, despite Whitehall and Cal both claiming that she was killed off earlier in the season. To prove that it’s not a trick, we even see Skye’s mother interact with Cal in his ‘cell’, who is having a rather rough go of being confined. Cal asks to see Skye, but his better half refuses. That’s about all we get of Cal this week, but it didn’t hurt to check in on him.

With Skye’s mother volunteering to be Skye’s guide as well as Raina’s, it will be very interesting to see how this story unfolds. It will also be interesting to learn about how Skye’s mother apparently survived being ripped apart and gutted by Whitehall (she’s supposed to be immortal, but still!), and whether Cal’s super-strength as Marvel’s Mister Hyde may have come about from a botched attempt to restore his former love. All’s well that ends well? 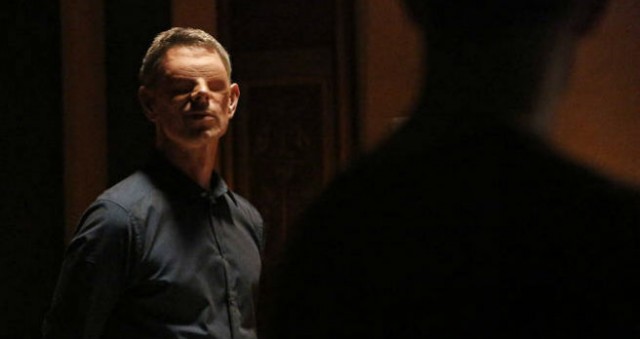 In the end, “Afterlife” was a reasonably good episode, even if it felt like it was largely setting up for future episodes in the end. Still, given all of the craziness of the past couple of weeks, maybe the show taking a bit of a breather here isn’t so bad. With the team fractured and plenty of questions being raised even now, we should have enough of a healthy push toward the season finale, even with the show apparently not taking any breaks since its return last month.

Agents of S.H.I.E.L.D. 2.16: "Afterlife" Review
Agents of S.H.I.E.L.D. took a small breather this week, largely laying the foundation for future episodes, though it featured some interesting changes in the team dynamic, and had quite the surprise in store for Skye!
THE GOOD STUFF
THE NOT-SO-GOOD STUFF
2015-04-08
84%Overall Score
Reader Rating: (0 Votes)
0%