While most of the cast members of Deadpool have had their characters come to light, the movie’s villain has so far remained shrouded in secrecy, beyond the fact that he’s being played by Ed Skrein. Finally though, Skrein took to Twitter today to set the record straight; He’ll be playing Ajax in 20th Century Fox’s upcoming X-Men movie spin-off. 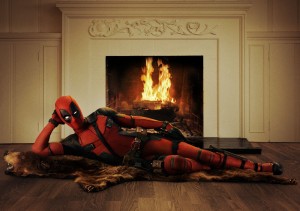 Interestingly, despite the X-Men and Deadpool screen rights sitting firmly at 20th Century Fox, a variant of Ajax recently showed up in the shared Marvel Cinematic Universe of Marvel’s own Marvel Studios, being one of the minor villains assembled by Skye’s father in a recent episode of Agents of S.H.I.E.L.D. This may have been a loophole of sorts however, since Ajax was only referred to by his civilian name, Francis, and given the surname, Noche in the show. It’s possible that Marvel could have passed him off as a different character, should Fox’s feathers have been ruffled.

Regardless, Ajax has appeared in two forms in Marvel Comics, the first being a demigod, and the second being a mercenary. While the former version of Ajax was an enemy of The Hulk, the second is a mercenary, only otherwise known as ‘Francis’, and a frequent enemy of Deadpool. With super strength and an inability to feel pain, Ajax stalks Deadpool mercilessly, having a vendetta against him, and other survivors of the Weapon X program that developed Deadpool’s healing factor and fighting abilities.

In the Deadpool movie, Skrein’s Ajax will be an influential part of Deadpool’s origin, and will presumably hunt the character in a similar fashion. Naturally though, much of his villain psychology is being kept in the dark for now, beyond the likelihood that his incredible strength will be maintained for his big screen bout against the Merc with a Mouth.

Deadpool hits theatres on February 12th, 2016, the first of three movies that will be set in Fox’s dedicated X-Men movie universe next year.

Keep hunting Eggplante for all news and updates on Deadpool, and other X-Men movie projects,