UPDATE: With their #CantKillProgress ARG Twitch stream ending, Square Enix has now finally come clean about the existence of Deus Ex: Mankind Divided. They have also released a rather impressive reveal trailer, which is currently making the rounds online, and confirmed that the game is already available to pre-order at various retailers, albeit without any specific pre-order incentives announced yet. 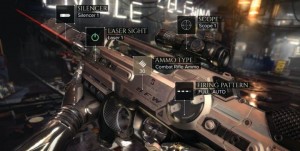 Over the past two days, Square Enix has been running an ARG sequence on Twitch, showcasing a captive man being kept prisoner, and both tormented and interrogated by various means. It’s all for show of course, meant to tease a mysterious new game project from Square Enix’s Western arm, which was speculated by most to be a new Deus Ex game.

Turns out, that’s exactly what’s being teased, as Gamestop-owned magazine, Game Informer revealed their cover subject for next month, and appears to have jumped the gun, or simply shrugged at Square Enix’s timetable. Emblazoned on the cover of next issue is Deus Ex: Mankind Divided, which Square Enix seemingly planned to officially announce at the end of the ARG promotion tomorrow. Oops.

Adding insult to injury is the fact that Game Informer has some juicy early details on the game, along with several screenshots. Interestingly, no matter which of the multiple endings you earned at the end of the previous Deus Ex: Human Revolution, none of them are canonical, though Adam Jensen is confirmed to return as the protagonist in Deus Ex: Humanity Divided, which will deal with society being split over the paranoia around augmented persons.

As with Deus Ex: Human Revolution, Deus Ex: Mankind Divided will be a first-person action game with stealth and RPG elements. It will feature cover-based shooting, along with a new helping of both weapon and cybernetic upgrades for Jensen, with similar branching paths as Deus Ex: Human Revolution, depending on your play style, and personal preference when it comes to making Adam more or less human.

Deus Ex: Humanity Divided will release for PC, PlayStation 4 and Xbox One, and currently has no release information set. Given the generous helping of screenshots and info though, it’s possible that the game may launch either before the end of 2015, or possibly in early 2016.

This marks the latest in an increasing number of veteran game properties to officially abandon the last-gen Xbox 360 and PlayStation 3. Wii U players are also once again being left in the cold, despite Deus Ex: Human Revolution – Director’s Cut originally planned as a Wii U-exclusive game release, before it ultimately expanded to the original PC, Xbox 360 and PlayStation 3 platforms of the initial build.

Be sure to augment Eggplante with your presence for all news and updates on Deus Ex.