The Big Bang Theory continued to deliver high-quality laughs this week with “The Fortification Implementation”, an episode that delivered on all fronts with the humour, and even provided some good progress forward for our lead personalities. This is especially true of Howard, who learned of a rather shocking addition to his family tree this episode.

It seemed like each pairing of characters had a great story to start, with Leonard and Penny confronting some surprising relationship revelations on Wil Wheaton’s podcast (great to see Wil Wheaton again, by the way!), Sheldon discovering a childhood coping mechanism with Amy after he’s snubbed by some fellow scientists, and best of all, Howard discovering that he has a half-brother!

Yes, while Howard and Bernadette take care of the legal arrangements to inherit the late Mrs. Wolowitz’s house, which is where we also learn the name of Howard’s father (Sam Wolowitz), a young man comes to the door when he learns that a house is in his father’s name. Turns out, it’s Josh Wolowitz, the younger half-brother that Howard didn’t even know he had. This marks a pretty big step for Howard’s character, who, up to this point, was believed to be an only child.

The jokes surrounding this startling revelation were all well-written, with Howard’s reliable immaturity carrying them nicely. Likewise, Bernadette’s blunt scheming was also a highlight, particularly when she aggressively tells Raj that the second Howard is at Comic-Con, she’s taking a wrecking ball to her late mother-in-law’s interior decorating.

At first, the episode skews a bit close to Howard handling the half-brother situation in a bit of an annoying way, simply aiming to eject Josh from the house, and roping Raj into it. He quickly reverses the decision however when Josh becomes impressed at Howard’s exploits, namely his trip to space. The two end up getting along great, without needless drama, and that’s probably the best possible result. It would have been tedious to have Howard try and push his half-brother away, since he should be smart enough to know that, legally, he can’t deny Josh’s claim to Mrs. Wolowitz’s house, if it’s in their father’s name. Antagonizing Josh wouldn’t solve anything, and hopefully Bernadette would have stepped in, had Howard and Raj gone through with their plan to try and get rid of the guy. 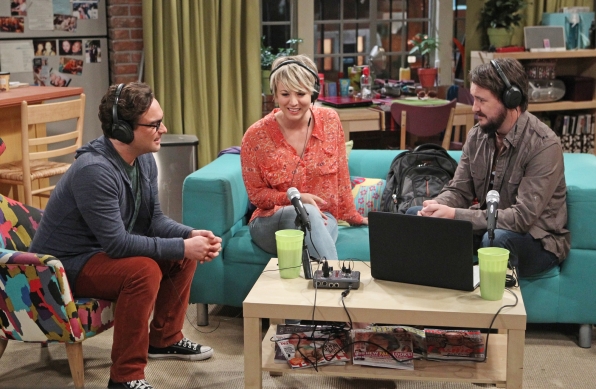 The only slight disappointment with Josh is that he wasn’t really given much to do, beyond be a plot device. Hopefully this character returns again at some point, since it would be good to see Howard’s family tree fleshed out more, beyond the memory of his late mother.

Over on Sheldon and Amy’s end, the story gets off to a slow start, but eventually gives way to a very amusing set of jokes. Amy and Sheldon build a blanket fort, and go back to their childhoods within it, so Sheldon can feel better about his scientific snub. The initial attempt by Sheldon to avoid being grumpy by holding an obnoxiously happy picture of his face up to Amy was pretty funny, but this gave way to even better jokes once the fort got built. Don’t touch Batman, he’s a load-bearing blanket!

The plot ended perfectly as well, with Sheldon finally allowing Amy to sleep over for the first time in their years-long relationship. Amy’s revelation that she’s hid toiletries around Sheldon’s apartment on the chance that she would one day get a chance to sleep over was incredibly funny as well. Even better was Sheldon saying that he should be upset, but respects preparedness too much. It was an all-around awesome storyline for these two! 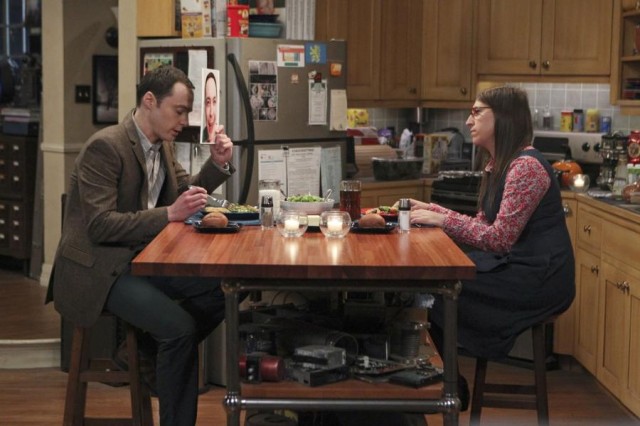 Lastly, Wil Wheaton had an especially funny turn this week, attempting to host a podcast with Penny, over her infamous turn acting in “Serial Ape-ist 2: Monkey See, Monkey Kill”, the fictional movie that seemingly ruined Penny’s credibility as an actress. Apparently, the movie actually has a cult following, with Penny enjoying the positive attention, including a guest role (in voiceover) by filmmaker, Kevin Smith, which was a cool surprise for this episode. The dynamic between Smith and Wheaton was already funny, but things only got better when Leonard joins the podcast, and ends up entangled in an argument with Penny, much to the amusement of Wheaton, and the listeners.

Some surprising information was revealed here, namely that Penny makes twice as much money as Leonard (seriously? How poorly-paid is Leonard?!), and that she may be interested in resuming her acting career. Penny tricking Leonard into supporting her auditioning for a role in Clerks 3 was also pretty funny, and it would be cool to see Kaley Cuoco-Sweeting actually end up with a bit cameo in Clerks 3, as sort of an augmented reality tie-in to The Big Bang Theory, similar to how Community’s Danny Pudi pulled off something similar with a walk-on role in  his Community character, Abed’s favourite show, Cougar Town.

Regardless, Leonard forced to submit to Penny’s success, new and old, was a satisfying result for the storyline, particularly when Leonard just sheepishly fesses up on the podcast that he was played like a violin. The idea of Penny resuming her acting career may lead to a backtracking of her character for the end of the season, though hopefully it’s not simply a way to regress her back to how she was before Season 8. 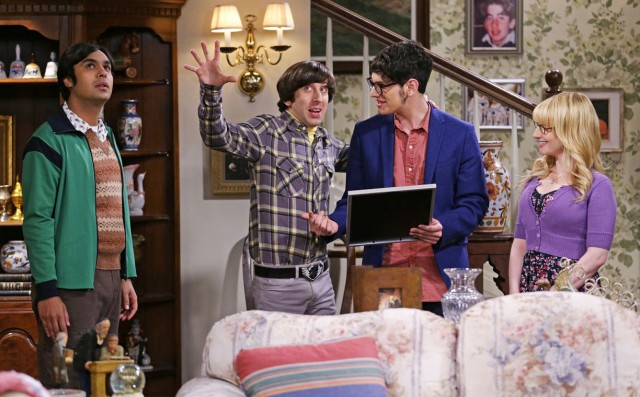 The Big Bang Theory yet again did superbly this week, continuing some very healthy comedic momentum as we move toward the season finale. Every character had a great storyline with great comedy throughout this episode, with every new development presenting plenty of entertaining possibilities about where the show could go next.

The Big Bang Theory 8.20: "The Fortification Implementation" Review
The Big Bang Theory impressed once again with "The Fortification Implementation", which delivered great developments for every character pairing, and had plenty of standout comedy throughout.
THE GOOD STUFF
THE NOT-SO-GOOD STUFF
2015-04-10
90%Overall Score
Reader Rating: (0 Votes)
0%