iZombie threw more additional zombies into the series this week, with another effective case-of-the-week that saw Liv getting some added insight into a late sorority sister.

After said sorority mate is found dead and impaled on a tree following a skydiving accident, Liv eats her brain and discovers a newfound zest for life. This also allows her to relate to someone that she formerly found to be a huge nuisance, but from the perspective of never really understanding where she came from. It made for another interesting way to explore something useful with Liv’s brain-eating tendencies, allowing her to take on the perspectives of people that she failed to understand before becoming a zombie, even if the price comes from that person being dead first. 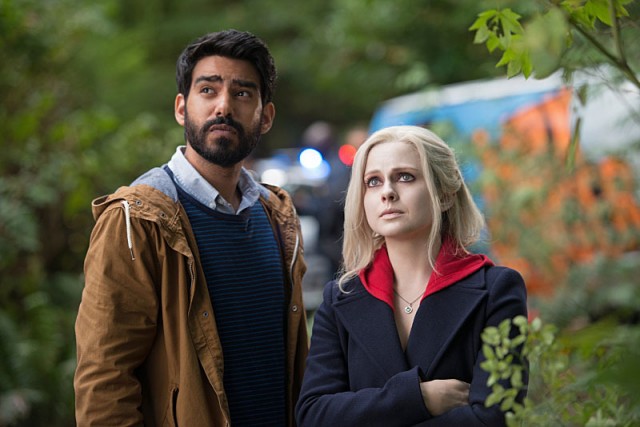 Naturally, Liv must yet again try to get Detective Babineaux involved in proceedings, after Babineaux claims to have two active cases already, and rightfully pointing out that Liv doesn’t have real proof that her sorority mate’s death was a homocide, when all evidence points to it being an accident. While waiting on toxicology results, Liv is instead left to explore mortality in a very ironic way, with Peyton in tow, and also make contact with Major again, who is still hunting the lost troubled youth that he was trying to mentor for.

Things work out nicely for Liv during her investigation however, when she must poke around the victim’s place off the books. It’s here that she discovers that one of the suspicious men from the investigation, Lowell, is revealed to be an undercover zombie. Lowell tries to hit on Liv, before being interrupted by Major, left to pursue her later at the morgue.

At this point, I really have to wonder why people can so easily enter and exit the morgue. Would the police department really install a revolving door there for just anyone to get in? It’s probably a nitpick to dwell too much on that, but it’s odd. Likewise, it seemed strange that Liv wasn’t more curious about Lowell’s history, namely how he became a zombie in the first place. She simply gushes to Ravi about the prospect of having a zombie boyfriend. You could chalk it up to Liv currently sated by an impulsive brain, but it seems strange that Liv isn’t the least bit curious about where this latest zombie came from, and especially how he’s stayed fed. 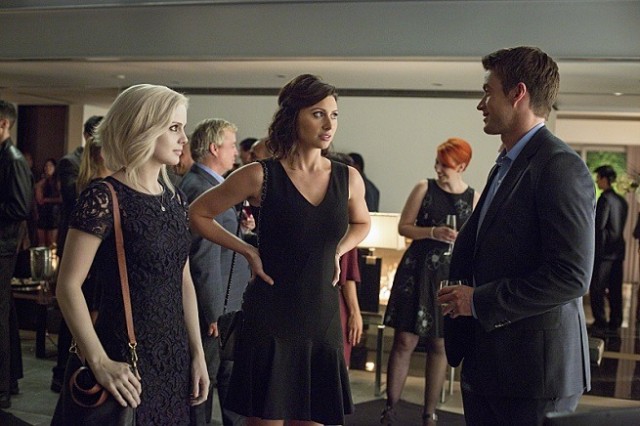 The case-of-the-week was a less remarkable one in the end, right up until its final resolution, which broke from the format a tad. When the true culprit is revealed, the only other female skydiver, who is revealed to do advertising for the company sponsoring the victim’s skydiving team, the police invade the woman’s house, only to find her missing. Did she flee? Was she captured by Blaine or something? The former is more likely, though it was refreshing to see a victim get away, and Babineaux only justify the case by the skin of his teeth, after Liv found traces of a strong sedative in the victim’s system.

Again, slight nitpick, but would the police formally rule the death an accident before getting the lab results? That seems unrealistic. Then again, this episode seemed to quickly tease that Babineaux’s superior is a zombie, possibly in service to Blaine, since he drinks hot sauce out of his drawer after kicking a nosy Babineaux out of his office at one point. I guess the hot sauce really is a zombie thing?

The show is starting to fill up with more and more zombies, though not to the point where they override the human cast. This isn’t a zombie apolcaypse series though, thankfully (we already have The Walking Dead for that), even if the zombie protocol could be brought into sharper focus a tad. I really love that iZombie is a more light-hearted take on zombie lore, but hopefully that doesn’t override any semblance of consistency with the show’s stories.

Anyway, the episode ends with Major tipping Babineaux off to a huge missing persons racket that he doesn’t know is the result of Blaine, something that his zombie boss blows off (another hint that he may be in Blaine’s pocket), and Major eventually finding evidence that his troubled youth friend has gone to a better place. Major is then severely beaten and left for dead in the middle of a skate park. It actually looks like he might have died for a second, though it’s no doubt too early to kill off a major character for the show. Still, Liv’s circumstances should heat up next week at this rate.

iZombie is upping the zombie quotient with “Flight of the Living Dead”, even if it is starting to stretch the show’s logic a tad. Still, iZombie is certainly not wanting for entertainment value in this week’s episode, as usual, even with Liv and Babineaux’s perp ultimately escaping. Another ally for Blaine? Either way, another satisfying case wrapped, for now.

iZombie 1.5: "Flight of the Living Dead" Review
iZombie introduced more zombies and a potential new romantic pursuit for Liv this week, even if it needs to shed a bit more light on what should be done when more undead are identified.
THE GOOD STUFF
THE NOT-SO-GOOD STUFF
2015-04-15
84%Overall Score
Reader Rating: (2 Votes)
93%