The penultimate episode of this season of The Big Bang Theory had a surprisingly overdue idea behind it. Leonard and Sheldon’s mothers come to visit them at the same time, and finally meet each other. Naturally, the jokes write themselves. “The Maternal Combustion” is more in line with the stronger offerings that the show has enjoyed in its second half, beyond some of the stumbles it’s had over the past couple of weeks, even if the subplot didn’t feel quite up to the great idea of the main plot.

Since Leonard’s mother is a harsh, cold woman of science, and Sheldon’s mother is a God-fearing Texan, you have to know that these two are going to have some interesting interactions. Naturally, Leonard also suffers the butt of his mother’s distance pretty fast, with a highlight point being when Sheldon’s mother says that she must be proud of her son, with Leonard’s mother responding that she is, because he just argued a case in front of the supreme court, before realizing that Mrs. Cooper meant her other son, Leonard. Wow, poor Leonard. This was nicely complemented by a hysterical recount from Mrs. Cooper of when she learned that Sheldon may be gifted. Apparently, when he was purchasing Yellow Cake Uranium from Chad, she thought he was simply borrowing some sort of Twinkie-like treat from a friend. 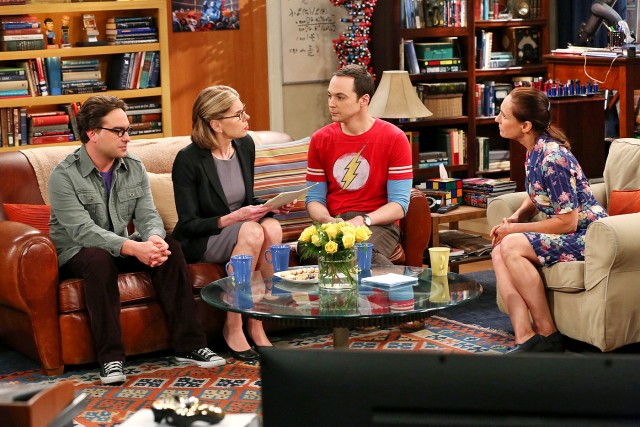 On this note, we really need to meet Leonard’s siblings soon. They’ve been talked about so much, and yet, they’ve never graced the show. Literally every other guy in the lead cast has had a sibling appear now, so why not Leonard? Surely, Leonard’s brothers and sisters can’t be that busy!

Anyway, when Penny gets introduced to proceedings, things only get worse, with the two mothers escalating into a full-scale fight over their separate beliefs. Penny’s attempts to defuse the situation naturally go nowhere, particularly since Leonard’s mother still appears to dislike her. It gets a bit awkward, but that’s probably the point. Even Sheldon has to coach Leonard’s mother afterward, discussing his own mother’s parenting methods, and how Sheldon nonetheless flourished in that environment, despite his own brother and sister being, “Mouth-breathing idiots.” 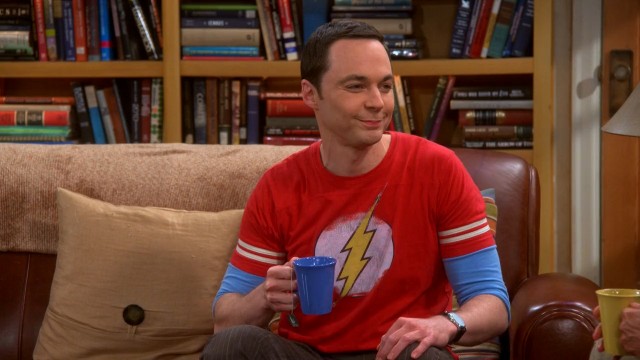 This leads to Mrs. Hofstadter attempting a new paradigm where she, “Showers Leonard with affection”, leading to a spectacularly awkward hug that feels pretty amusing. Likewise, it’s satisfying to see the two mothers make up in the end, and not stick to a stubborn feud that made us think less of them. If they have another interaction, they’ll probably squabble again, but it’s good to see that they’re ultimately able to get past their egos for the good of their sons. It was pretty funny when Mrs. Cooper said that a good Christian would forgive Leonard’s mother, even if a good Texan would have shot her though.

The B-plot this episode involved Stuart living with Howard and Bernadette. Oh yeah, that’s a thing, isn’t it? Anyway, Stuart, Howard and Raj have all gotten a little lazy, and pants-less, with Bernadette losing patience with them, and ordering them to clean up the kitchen. Naturally, this goes about as well as planned, until the kitchen was cleaned. That’s it. 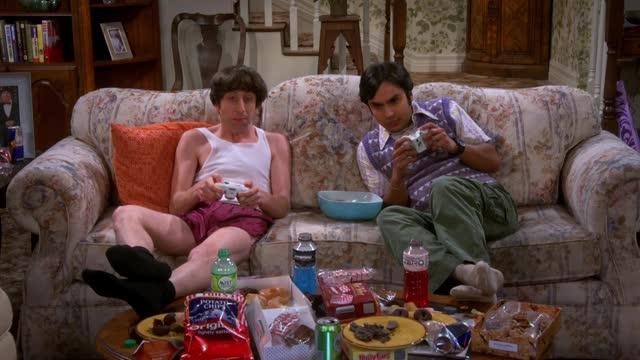 If I’m being honest, while it did have a solid joke or two, and a surprisingly well-executed Annie musical bit in the end (don’t ask), the subplot just felt like filler. It’s something that The Big Bang Theory has touched on before with Howard and Bernadette, not to mention that it’s a husband/wife cliche from plenty of other sitcoms. It ultimately wasn’t that interesting, and didn’t do that much for the episode, unfortunately.

Once again, Amy was entirely absent this week as well. That was annoying, since it would have been interesting to see her interacting with the two mothers. 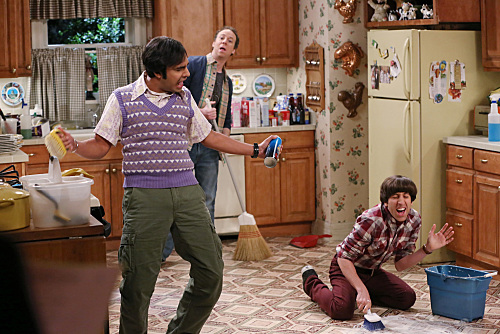 On the bright side though, “The Maternal Combustion” was still a good episode overall. It delivered on the idea of its title, even if the subplot with Bernadette and the other guys felt like a forgettable throwaway arc. Still, the show is in a healthy spot for next week’s season finale, continuing to defy The Big Bang Theory’s age with some generally solid comedy.

The Big Bang Theory 8.23: "The Maternal Combustion" Review
The Big Bang Theory delivered a clash of faith this week, as Leonard and Sheldon's mothers finally meet, to hysterical effect, even if the subplot in the Wolowitz household largely failed to make an impact.
THE GOOD STUFF
THE NOT-SO-GOOD STUFF
2015-05-01
83%Overall Score
Reader Rating: (1 Vote)
84%