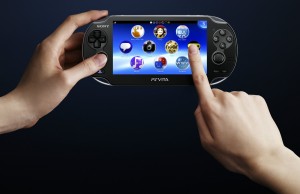 Well, the bad news doesn’t stop there for PlayStation Vita supporters. Speaking about their omission of the handheld during their E3 conference this year, Sony’s Worldwide Studios President, Shuhei Yoshida flat-out admitted that the PlayStation maker has pretty much nothing in development for PlayStation Vita anymore. If you were crossing your fingers for a new Uncharted or Killzone offering to come to the handheld, it’s not happening.

Fortunately, PlayStation Vita support is certainly not stopping cold at this point. Sony will continue to authorize third-party developers to make games for their handheld, which is a slightly bigger draw in Japan, resulting in a reasonable supply of Japanese games coming to the platform. Sony also continues to encourage indie developers to make games for PlayStation Vita, as well as exploit its ease of connectivity with PlayStation 4, allowing opportunities for cross-buy indie games made for the PlayStation Store that can be played both at home, and on the go.

Whether you’re apathetic or devastated by the news that Sony has pretty much moved on from directly supporting the PlayStation Vita, keep carrying Eggplante for all news and updates on Sony’s gaming platforms.