forma.8 is incredibly immersive, which is pretty impressive when one considers its lowly hero. The game is an open-ended adventure-style game from Turin, Italy-based deveoper, Mixed Bag (who previously made shoot ’em up game, Futuridium), where players control the titular space probe, forma.8, which becomes lost in a mysterious alien world. It’s up to the player to guide forma.8 through the mysterious planet’s alien threats and obstacles. With a setup like that, I must say that, yes, the game does evoke the feel of Metroid, despite its humble, inanimate protagonist. 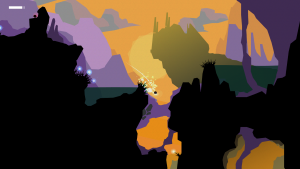 After going hands-on with the Wii U build of forma.8, which is also set to release for PC, Mac, Linux, iOS, PS4 and PS Vita, I walked away quite impressed. There’s a lot of care put into the level and enemy design, which feels exciting to experience, particularly when paired with forma.8’s unique style of navigation and self-defense. It’s a very promising project that should be high on the radar of those who enjoy high-quality adventure games, particularly those who are really hungering for a new Metroid-like experience.

To start, the forma.8 probe is defenseless. You’re simply left to bumble around, using the left control stick to propel forma.8, with your sole means of defense being a paltry shield blast of sorts that you trigger with the B Button. Fortunately, it’s not long before you get your hands on better means of offense as the demo’s first power-up, a bomb that you can drop with the Y Button. If left alone, bombs will eventually explode, with players able to drop another one after a few seconds have passed, thankfully having an unlimited supply. I also discovered a clever (and necessary) trick that allows you to combine the shield with a bomb, which will thrust the bomb in whichever direction forma.8’s rear exhaust is pointing. This takes practice, especially since the tiny bombs must be aimed carefully to actually connect with their targets, but it’s an incredibly neat way to attack enemies, especially as I run into an impassable spider-like robot that must be dealt with by using this little bomb trick. 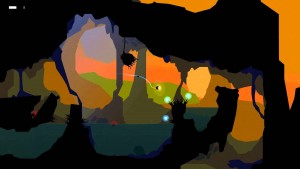 forma.8 doesn’t tell you how to use the bomb attack, and merely tips you off to the ability to drop bombs when you press Y. I’m a bit embarrassed to admit that I was stuck on that obnoxious robot spider for longer than I care to admit, before I had the bright idea to try using my shield to push a bomb toward it, and even then, it took me many more tries to actually hit the thing’s weak point. While it may seem frustrating that forma.8 doesn’t tip you off to this key gameplay mechanic, I must admit that it was kind of satisfying to discover it myself. It makes sense, really, and it rewards the player for thinking outside the box, with forma.8 giving you very little in the way of feedback, though never to the point where you feel hopelessly lost.

The demo featured a good mix of enemies, between tiny leaping bug-like critters, hidden lungers that launch from a wall, subterranean beasts that spit lava, and more. All of these enemies require you to master the rather strict physics when it comes to moving forma.8, who can turn pretty well, but can’t stop or reverse on a dime. The simple left control stick movement is complemented by a demand for players to be careful with how forma.8 approaches threats. You can’t quickly weave and duck around enemies. Your little probe is reliant on jet-propelled power, and this means that charging into a situation will leave you very vulnerable to enemy attacks. This is on top of the fact that enemies can drain your health pretty quickly, potentially sending you all the way back to the beginning of an area if forma.8 is destroyed. This losing condition is a bit harsh (even if solved puzzles remain solved), though at least health refills are plentiful, so you shouldn’t be too overwhelmed by the many foes, so long as you don’t play carelessly.

Fortunately, the demo wasn’t all combat either. Some clever and intuitive puzzles were thrown in to spice up progression, whether it be finding and triggering a hidden switch, pushing a gear-like mechanism, or detonating a bomb to collapse some rocks and change the stage layout so you can move forward. The way that the puzzles feel natural and organic is very cool, even with the game’s lack of feedback about where you’re supposed to go.

Still, exploring the game world feels like its own reward. The stylish polygonal art design looks great, especially with the shining, wafting lighting physics in things like health refills and forma.8’s own exhaust trail. not to mention the heavy atmosphere really drawing players into the experience, in a way that’s quite surprising for a seemingly humble indie game like this. This engrossing immersion is largely thanks to the cloying, eerie soundtrack, which makes you feel quite small and vulnerable in hostile territory, yet also determined to succeed. This game seems to pack some great production values, and the way that it feels so alien, and yet so familiar, is a great mix between what gamers will instinctively embrace, and what they’ll want to discover for the first time.

I can’t speak about how forma.8 may handle on other platforms, but on Wii U, the game works very well. The demo only allowed use of the Wii U Gamepad unfortunately, and I would have liked to try out something like the Wii U Pro Controller to really emulate that classic gaming feel, but I will say that the Wii U Gamepad controls are still pretty reliable and comfortable. The demo featured off-TV play as well, as the image on the television was effortlessly replicated on the Wii U Gamepad Screen. It’s also pleasant and intuitive to have one thumb masterfully swiveling your probe with the left control stick, while the other has ready access to the necessary face buttons that allow you to defend yourself on the fly. I hope the final Wii U release of forma.8 has more control options beyond the Wii U Gamepad, but for the demo, the Wii U Gamepad controls were perfectly acceptable and manageable. 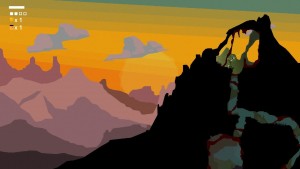 The further I played in the demo, the more treacherous, and yet more compelling the environment became. The rock formations started to become more erratic and unstable as I played on, necessitating trickier flying maneuvers and more careful decision-making when it came to engaging or avoiding enemies, leading to a difficulty curve that feels polished and smart. Likewise, pools of lava, complete with fireballs leaping from them at periodic intervals, started to become more common, with their imagined heat almost making me sweat as I carefully flew my probe around their fiery wrath. With each passing minute, I found myself gradually more sucked in to forma.8. Moments like a short stop within a mountain range that showed an outdoor sunset and canyon area felt like delightfully mischievous teases, making forma.8’s escape feel so close, and yet so far, barred beyond a small wall of rock that just can’t be passed. I simply can’t praise the environmental design of this game enough, and little touches like the mountain view that players may or may not discover, feel like great incentives for venturing off the beaten path to find surprises. 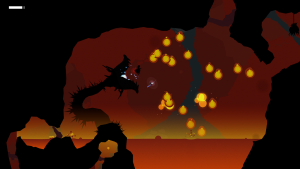 I found myself falling for forma.8’s charming immersion so much in fact that I let out an audible groan when the demo ended, just as soon as I’d found myself face-to-face with a dragon-like lava-dwelling beastie, no doubt some sort of boss enemy. Rather than getting the chance to figure out how to bypass this fiend, I was instead yanked out of the experience, and told to keep my eye on the Wii U eShop for the final release soon. I won’t lie, it was a bit painful.

But, that pain simply speaks to how much I absolutely adored forma.8 in my short, but so very sweet time with it. This fantastic demo points to this game being a real gem amongst this year’s indie releases, on Wii U or otherwise, and Metroid fans especially should really be keeping an eye on it! I absolutely can’t wait to get my hands on this, and Mixed Bag should be very proud of their work here!

And when I do get my hands on the final release of forma.8, I’ll be coming for you, mysterious lava beast!