After reports came in that the arrangement between Channing Tatum and 20th Century Fox was in danger of falling apart, which might have threatened the entire Gambit movie if negotiations broke down, it appears that the crisis has been averted. On behalf of Fox, The Hollywood Reporter has now confirmed that Tatum and Fox have worked out a new agreement, which will allow X-Men movie spin-off, Gambit to proceed as scheduled, and keep its October 7th, 2016 release date. 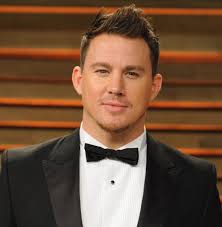 Fox denied allegations that the movie would be scrapped if the deal with Tatum to star in the film fell apart, stating that Gambit is definitely going to hit theatres, one way or another. They admit that negotiations did hit a tense spot, and it looked like Tatum may have walked away, but that’s past now, and everything is great. Fortunately, it is indeed a non-issue now, as Tatum has worked out his contract, and he will officially be tearing it up as the Ragin’ Cajun later next year… Again.

The dispute apparently came about due to Fox wanting Tatum to make a rather large commitment to the part of Gambit, potentially wanting him to keep returning to the role for the better part of a decade, and perhaps even longer. This demand came about after Fox and Hugh Jackman decided that 2017’s third Wolverine movie would be the final time that Jackman dons the adamantium claws as the titular mutant, after nearly two decades playing the role, and an appearance in every X-Men movie to date in some capacity. Fox wanted a new face for the X-Men film franchise to replace Jackman, and it seems that they’re looking at Tatum’s Gambit to be the X-Men movies’ new star player.

Gambit, a.k.a. Remy LeBeau, has been a fan-favourite X-Men character in all X-Men media, since making his debut in Marvel comic book, Uncanny X-Men #266 in August of 1990. He is a frequent ally to and member of the X-Men, though also has a rich history of operating independently as a thief and a gambler, making him somewhat of an anti-hero. Gambit’s mutant power grants him the ability to charge any object with kinetic energy, to the point where he can turn anything into both a deadly projectile or explosive. His weapon of choice is often a deck of playing cards, which his mutant abilities allow him to wield as dangerous tools of destruction, and this also serves as the inspiration for his mutant name, Gambit.

Gambit was previously portrayed in a live-action movie by Taylor Kitsch, whose Gambit played a small part in 2009’s maligned X-Men Origins: Wolverine. Fox has since declared that movie non-canon however, after last year’s X-Men: Days of Future Past erased most of the events of both Wolverine movies, along with the somewhat ill-received X-Men: The Last Stand, from the series’ history. This means that Tatum’s Gambit will be a fully retconned Gambit that has nothing to do with Kitsch’s version, who now doesn’t exist in the series’ lore.

Keep dealing Eggplante for all news and updates on Gambit, and other developments in the X-Men movie franchise.