If you’re among those in North America interested in Nintendo’s upgraded New 3DS line of handhelds, but lamenting the fact that only the New 3DS XL was released in North American territories after the handheld’s February debut in the West, then you can finally rejoice! Nintendo has confirmed today that the smaller New 3DS model, the one more akin to the dimensions of the launch model 3DS from way back in 2011, is finally coming to North American territories such as Canada and the U.S.! It’s also arriving surprisingly soon! 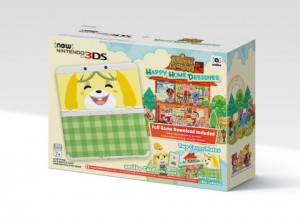 There is a catch however, as the initial North American package for the smaller New 3DS is only being made available as part of a bundle for now. That bundle sells for $219.99 USD, and comes with a copy of Animal Crossing: Happy Home Designer, along with an Animal Crossing Amiibo card that can be used with the game, and two face plates for the handheld. Face plates were the major reason for complaints regarding the smaller New 3DS being withheld from North America originally, since the New 3DS XL isn’t compatible with any of them, leading to the New 3DS face plates not even being sold in North America at this point, despite them being a huge marketing incentive in Japan, Europe and Australia, in regards to the smaller New 3DS.

The bundle is launching on September 25th, which isn’t too far away. Obviously, this is meant to coincide with the standalone game release of Animal Crossing: Happy Home Designer for all 3DS and 2DS owners. Nintendo is also using the date to launch a line of Animal Crossing Amiibo cards that can be used in the game (not to be confused with an Animal Crossing set of Amiibo figures that is launching on November 13th, alongside Animal Crossing: Amiibo Festival for Wii U), as well as an NFC reader adapter, which grants Amiibo scanning capabilities to classic 3DS, 3DS XL and 2DS handhelds. This attachment is unnecessary with New 3DS and New 3DS XL however, as Amiibo support is naturally built into these upgraded handhelds.

Along with announcing the smaller New 3DS bundle for Animal Crossing: Happy Home Designer, Nintendo also revealed a new variation on their larger New 3DS XL handheld, which North America has been able to get their hands on since this past February. This is a second Legend of Zelda-themed New 3DS XL, to follow the very rare, pricey and highly sought-after The Legend of Zelda: Majora’s Mask 3D-themed New 3DS XL that released for the handheld’s launch in February. As with the previous one, this New 3DS XL is gold in colour, only this time, it now features a Triforce symbol on the back, rather than the Majora decals from the The Legend of Zelda: Majora’s Mask 3D-themed rendition. This version of the New 3DS XL will release on October 30th, exclusively at Gamestop/EB Games stores in North American territories. While it’s not bundled with the game, the handheld is meant to tie in with October 23rd’s release of The Legend of Zelda: Triforce Heroes for all 3DS and 2DS owners. 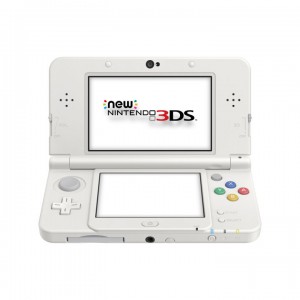 Are you happy about the smaller New 3DS model finally launching in North America, even if it is limited to a bundle for now? Are you indifferent on account of already owning and loving a New 3DS XL? Do you reject the 3DS line wholesale? As usual, your comments are welcome below.

Keep designing Eggplante for all news and updates on 3DS hardware bundles.