Last week’s “The Girl Who Died”, the beginning of a two-part storyline that featured the anticipated guest role of Game of Thrones’ Maisie Williams, wasn’t a Series Nine highlight for Doctor Who by any means, but it was still a fine episode that ended on an interesting, and downright chilling note. This leads into a somewhat disconnected second half in “The Woman Who Lived” this week, taking place in an entirely different time period, and being entirely unrelated to the events that occurred last week, beyond the episode’s ending. Even Clara almost entirely sat out the episode, in favour of an exclusive rapport between The Doctor, and the now-undying Ashildr.

The episode takes place in England, 1651, where The Doctor quickly bumbles into a robbery being carried out by The Knightmare, a notorious masked highway robber. Not long afterward, it’s revealed that The Knightmare is actually Ashildr, now going under the name, “Me”, as she’s forgotten her origins in the Viking village so many centuries past. Apparently, despite the alien medical chip making her effectively immortal, she still maintains a normal-sized memory, so she tends to forget the events of previous lifetimes as she enters new ones, keeping her old memories in a diary, to avoid losing track of her past.

This is the main thing that elevated “The Woman Who Lived” above its predecessor last week. Ashildr’s clearly-documented past lives and personal growth long beyond the years she should have had, even in flashback, was excellently done. The Doctor reads Ashildr’s diary, learning of how she survived plagues and wars, and even had children that died soon afterward. Certain pages are ripped out of the diary as well, when they contain memories that Ashildr no longer wishes to be reminded of. It was a very clever device that showed the true toll of immortality in the Doctor Who universe, more so than the seemingly carefree, unbothered disposition of Captain Jack Harkness, the last character that was accidentally made immortal in New Who. Captain Jack even got a name drop towards the end of the episode, though he’s probably not likely to return in the flesh any time soon, given that John Barrowman is currently a series regular on The CW’s highly successful DC Comics drama, Arrow.

Also done well were the parallels between The Doctor and Ashildr, particularly since Ashildr is left to, “Take the long way” through time, not having the advantage of being able to move through time and space like The Doctor. After being confined to Earth and longing to escape the tired bore of human existence, as humans go through history repeating the same mistakes over and over again, she begs The Doctor to take her away and make her a companion. The Doctor refuses however, not initially making his reasons known, much to Ashildr’s frustration.

We do have a macguffin in this episode however, and that comes in the form of an amulet, the only reason why Ashildr bothered to adopt her highwayman character, The Knightmare, which The Doctor is roped into trying to steal alongside his controversial save. The heist elements and banter between these two were done incredibly well, and made for a surprisingly thrilling sequence of amulet-swiping, especially when, as I predicted, The Doctor simply pulls out a new pair of Sonic Glasses like they were never even broken last week. We also get to meet an acquaintance of Ashildr called Sam Swift the Quick, resulting in more fun dialogue, especially as Sam becomes important later. 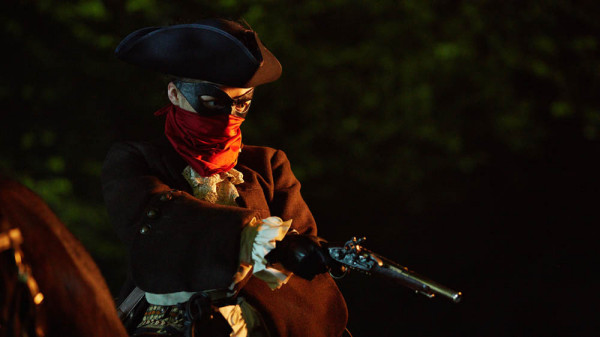 Towards the final bit of the episode, we learn that Ashildr has actually been in cahoots with a lion-like alien humanoid called Leandro, who has promised to take Ashildr to the stars, if she gets him the amulet. Leandro also breathes fire, so obviously, he’s up to no good. There’s some question over whether Ashildr has truly gone to the dark side, but after Leandro tricks Ashildr into using the amulet to kill Sam upon his capture and public execution, a battle fleet of lion people starts to come through a portal that opens in the sky. Ashildr realizes that she still cares about humanity, and, at the suggestion of The Doctor, uses the other Mire medical chip that she was given in last week’s episode to disable the amulet by cancelling Sam’s sacrifice, which shuts the portal, and somehow ends up with Leandro magically vaporized.

This was the only part of the episode that sort of stumbled. The climax felt pretty rushed, even if it did make good use of Ashildr not using the second Mire medical chip yet, despite taking several husbands and lovers throughout the centuries. Leandro’s sudden death made no sense, even for Doctor Who standards, and it felt like the scale of the threat that was about to befall the planet was wrapped up far too easily, likely because this episode had to suddenly squish a larger story into just one offering, rather than the otherwise two-parter-exclusive story direction that Series Nine is striving to offer, which “The Girl Who Died” and “The Woman Who Loved” somewhat broke away from, beyond the common thread of Ashildr. 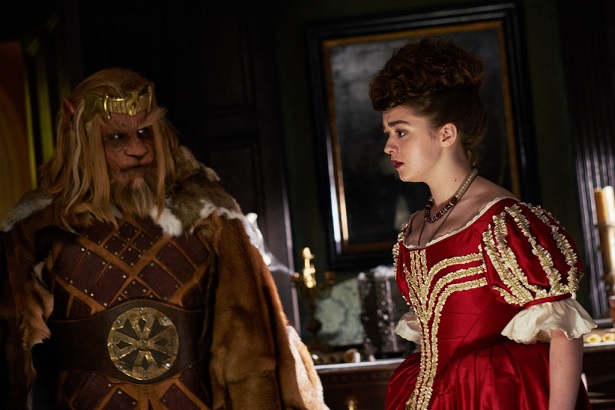 Regardless, Sam looks to be confined with Ashildr for eternity, or at least until one of them winds up dead for other reasons that the chip can’t fix, and Ashildr and The Doctor sit down at a bar to have a discussion. This was yet another standout dialogue scene in an episode filled with standout dialogue scenes between The Doctor and Ashildr, where the two come to an understanding that they’re not enemies, and that Ashildr can’t travel with The Doctor, because two immortals influencing history would become too disconnected from the rest of humanity, likely resulting in catastrophe. Ashildr then makes the promise that she will guard those left behind by The Doctor’s actions on Earth, and that’s where we leave her as The Doctor returns to the TARDIS.

The epilogue in the TARDIS is the only time in this entire episode that we see Clara, who casually walks in to say that The Doctor’s help getting a little girl a fake (read: real) interview with Winston Churchill resulted in her getting an A. The Doctor is initially humourously disinterested in the news, but upon looking at Clara’s phone, where a selfie was taken with Clara and her student, The Doctor sees Ashildr in the background, still observing in the present day, and opts not to tell Clara about that detail. It looks like this won’t be the end of The Doctor’s controversial save, as Ashildr is sure to meet him again someday. 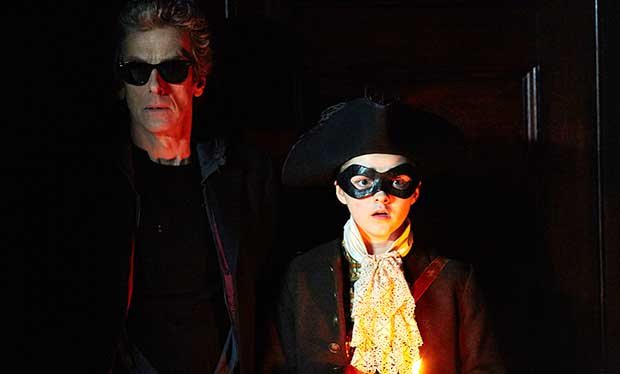 “The Woman Who Lived”, despite dealing with a mostly disconnected series of events in contrast to last week, was another fantastic episode for Series Nine, and established Ashildr as one of New Who’s best characters to come along in a while. Naturally, Maisie Williams was a big hit for this series, and worked wonderfully with Peter Capaldi’s Doctor, even to the point where Clara wasn’t even necessary for this week’s plot. Hopefully, Ashildr makes her way back to The Doctor’s travels sooner rather than later!

Doctor Who 9.6: "The Woman Who Lived" Review
The second half of the Ashildr storyline was even better than the first in "The Woman Who Lived", which drew plenty of superb parallels between The Doctor and Ashildr, and set up another very promising recurring foil for The Doctor's adventures to come!
THE GOOD STUFF
THE NOT-SO-GOOD STUFF
2015-10-25
91%Overall Score
Reader Rating: (0 Votes)
0%