The Big Bang Theory delivered a reasonably funny offering this week, and one that continued to spotlight Sheldon’s and Amy’s turbulent romantic situations. In fact, both the main plot and subplot entirely revolved around these two. This led to a satisfactory helping of good jokes, though if I’m being honest, “The Mystery Date Observation” felt a little bit underwhelming. It had good ideas, but it didn’t use them to their fullest potential.

The main plot of the episode properly kicks off when Amy tells Penny and Bernadette that she’s about to go on her third date with a mystery suitor. Overcome by curiosity, Bernadette encourages Penny to spy on Amy’s date, and get the lowdown on who the guy is directly, since Amy won’t talk about him. While not altogether realistic, at least the way that it’s executed here, this does lead to some decent comedic possibilities for the show. 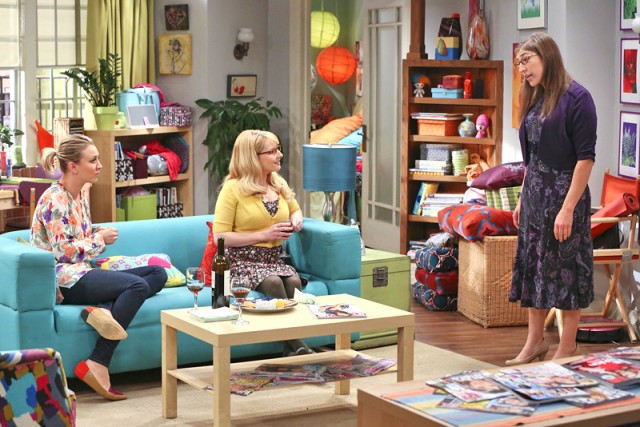 Meanwhile, a subplot takes place with Sheldon, Howard and Raj, as Sheldon enlists the two of them to help him find a new girlfriend, as they were indirectly responsible for Sheldon meeting Amy several seasons back. This leads to the idea that the men should put together a Craigslist ad that unfolds like a scavenger hunt for Sheldon’s contact information, which is hidden amidst a series of puzzles related to physics and, of course, The Lord of the Rings. Because why not?

Like the main Amy plot, the Sheldon plot is ripe with comedic possibility. That’s why it’s bizarre that the episode barely focuses on it. There just wasn’t enough material to carry a dedicated subplot, which means that Amy gets most of the screentime this week.

Fortunately, Amy’s date turns out to be a solid guest turn by British comedian, Stephen Merchant. Merchant plays a divorced math teacher named Dave, who initially seems to have great chemistry with Amy… Before Amy accidentally lets slip that she’s the ex-girlfriend of Sheldon Cooper. Dave is apparently a big fan of Sheldon Cooper, and spends the remainder of the date gushing over the fact that Amy used to date him. Naturally, it gets awkward pretty fast. 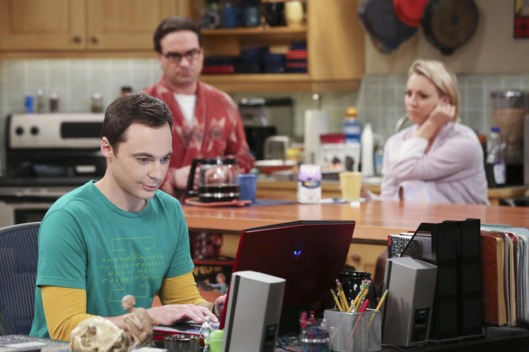 Over in a nearby car, Bernadette, Penny and Leonard spy on the date, with Bernadette apparently bringing along military-grade binoculars. Apparently, Bernadette used military equipment to spy on her former boyfriends, because, funny? This really stretched the realm of logic, and it felt like the writers were straining for jokes in what’s clearly another filler episode for The Big Bang Theory this week, though if you can forgive the inexplicable ownership of these gadgets by Bernadette, the jokes behind Bernadette’s spying were decent.

After a while though, the one-note joke of Dave obsessing over Sheldon gets old, and things kind of go in circles, until Bernadette panics, and accidentally backs into Dave’s car. This leads to Dave getting starstruck over Leonard soon afterward, resulting in a few more solid laughs, before Amy drives Dave home, and immediately dumps him soon afterward. I can’t say I blame her, though surely, there could have been more flexibility to the writing beyond the one joke of Dave being head-over-heels for the show’s established leads, and their scientific careers. 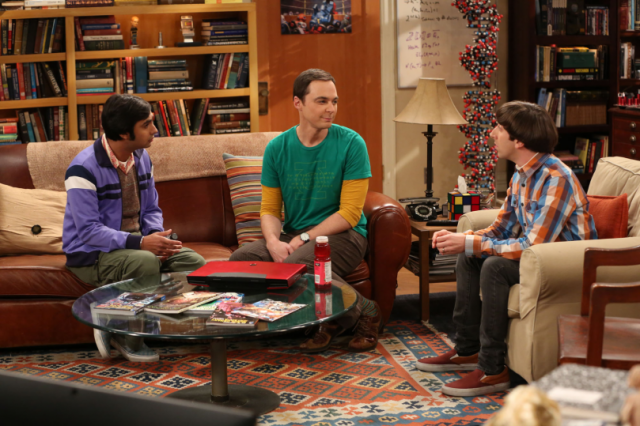 The Sheldon plot didn’t really aim any higher. It ultimately just unfolds with the timer on the puzzle running out, and honestly, the whole timer thing felt arbitrary. It just seemed like a way to have this subplot contained to this one episode, and didn’t really make sense, when one considers that Sheldon is dead set on finding a new female companion to keep him focused on his work.

After the timer runs out however, a woman soon after knocks on the door, and is revealed to be another cool guest appearance, this time by Analeigh Tipton! Hey, didn’t Analeigh Tipton already appear on this show, way back during the Season Two episode, “The Panty Pinata Polarization” in Season Two? Well, she’s an entirely different character this time, being a woman named Vanessa Bennett, who solved all of the ludicrous puzzles to find Sheldon’s apartment. While the initial love connection between Sheldon and Vanessa seems promising, Sheldon ends up shutting the door in her face when he reminds her that the timer is up. That admittedly hilarious excuse to nix the winner of the puzzle was bound to happen, frankly, since I doubt that Amy and Sheldon will be broken up forever. Still, much like Stephen Merchant having the same joke for his entire stint, this bit appearance largely felt like a waste of Analeigh Tipton, sadly. 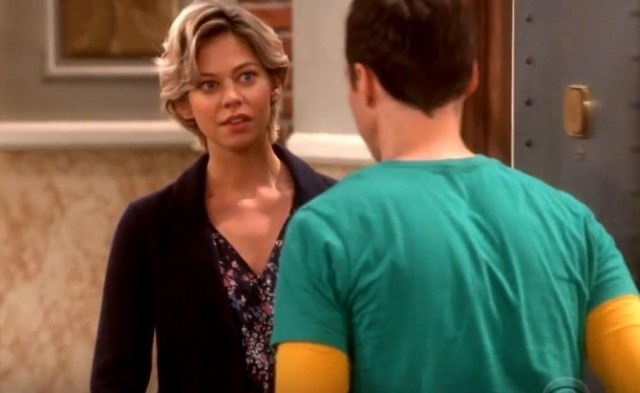 You’ll get an acceptable count of laughs from “The Mystery Date Observation”, but it’s pretty forgettable. Neither plot seemed to fully capitalize on its potential, and the seeming inevitability of Sheldon and Amy eventually getting back together seemed to hang over the entirety of the storytelling. There’s certainly been worse episodes of The Big Bang Theory, but now that the show is back in a comfortable groove, it seems to be settling for being merely lukewarm for now, while it prepares for big developments that are probably being reserved for 2016.

The Big Bang Theory 9.8: "The Mystery Date Observation" Review
The Big Bang Theory offered a satisfactory amount of laughs this week, but both its Sheldon/Amy-centric main plot and subplot felt underwhelming, and like they didn't fully capitalize on the potential of their ideas, nor the guest stars they offered.
THE GOOD STUFF
THE NOT-SO-GOOD STUFF
2015-11-13
71%Overall Score
Reader Rating: (1 Vote)
71%