Yikes. The Walking Dead got really off-track this week, hitting an even bigger slow point than “Now” achieved last week, resulting in an even more obvious filler episode. Despite some solid individual moments, most of “Always Accountable” was, sadly, a bore, which failed to engage for the majority of its runtime.

At the very least, the episode set out with an interesting idea, exploring the events that occurred with Daryl, Sasha and Abraham, now that they’ve been separated from the rest of the group. After continuing to lead the Walkers away from Alexandria, whichever ones weren’t diverted by the horn anyway, the group is ambushed by another batch of attackers, initially leading to a thrilling opening that makes up the episode’s only excitement. These attackers could be the Wolves, but the Wolves don’t seem to use guns. On that note, the show implies that these people may belong to a different faction, which is particularly explored in Daryl’s plotline. 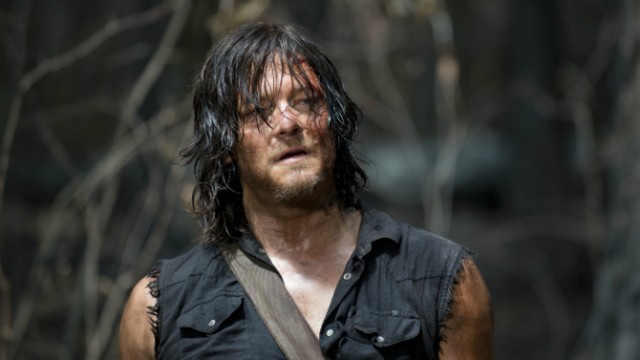 If you’re a fan of the Walking Dead comics, it’s easy to speculate that this could be our first look at The Saviors, another gang of brutal survivors that we know are going to play a big part in Season Seven next year. The show doesn’t confirm who the attackers are, almost to a frustrating extent, but it’s cool to see that teases are already being delivered for the inevitable coming of some fan-favourite Walking Dead villains.

Sadly, the thrilling opening led to a separation of the group, with Daryl getting separated from Sasha and Abraham. This worked to mixed effect, with the Sasha/Abraham storyline seeming to fall particularly flat. Daryl. meanwhile, encounters a trio of other survivors, who don’t seem to be affiliated with the Wolves, or the mystery attackers, though they seem to believe that Daryl is part of the mystery attack faction, and decide to take him hostage.

To a point, the exploration of Daryl, and revisiting of him as a tracker and an outdoorsman, is kind of interesting, especially when we see how being around Rick’s group has altered Daryl’s psychology during the Walker apocalypse. Daryl and the survivors alike are just trying to get by, as we see when Daryl isn’t above stealing the survivors’ supplies, only to discover that the supplies merely contain insulin, as the youngest of the survivors is diabetic. Surprisingly, Daryl returns the insulin directly to the survivors, and enters sort of a tense alliance with them.

Again, this is an interesting idea, on paper, but it’s undermined by a pretty big problem; These survivors are too undeveloped, and too uninteresting. They’re just another batch of questionable survivors that don’t really stand apart. Even when the youngest one is surprised by Walkers and eaten, it’s impossible to really feel anything, since it’s difficult for the viewers to feel like they sympathize with or care about these people, whoever they are.

What’s even more frustrating is that, towards the end of the episode, the remaining two survivors hold Daryl up, and demand both his crossbow and motorcycle, essentially taking away his identity, or so it seems. Some fans may be upset by Daryl losing his identifying possessions, but the objectors who feel like Daryl needs to stop relying on a crossbow, which is indeed clunkier and less reliable than you would think in a scenario like the Walker apocalypse, should be happy that Daryl might continue to evolve into an even better character now. Don’t be upset by that. Be upset by the fact that this heel-turn with the survivors comes completely out of nowhere, and again, we can’t feel any sense of drama from them inexplicably deciding to hold Daryl at gunpoint, nor Daryl telling them that they’ll be sorry. We don’t know these people. We don’t know their story, beyond a passing hint that maybe they belonged to this other gang at one point. We don’t follow their motivations. That’s why the ending twist, sadly, rings kind of hollow, especially when Daryl just discovers a convenient fuel truck, and effortlessly reunites with Sasha and Abraham for the episode’s conclusion, with no trouble, giving them easy transportation back to Alexandria to boot.

As for what Sasha and Abraham did for most of the episode, they basically just sat in an office and continued the debate that began at the start of the season. The episode really gave an honest effort to giving Abraham some solid development, namely when Sasha claims that Abraham is addicted to battle as a way to distract himself from his personal issues and grief about his family. This is a decent idea, and the scene of Abraham screaming impotently at an impaled Walker as he grabbed a rocket launcher was kind of dramatic, but sadly, the very bland dialogue made every moment with these two a snore. The debate never really went forward, the dialogue often went in circles, and despite the suggestion that Abraham and Sasha might have an attraction to one another that neither has acknowledged until Abraham brings it up, nothing was done with this. It just felt like talking for the sake of talking, because the script clearly didn’t know what to do with Abraham or Sasha. 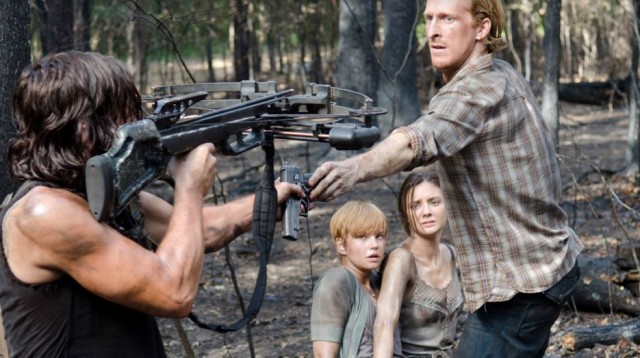 “Always Accountable” is, sadly, another watchable, but dull filler episode for The Walking Dead, which seems to be conserving a lot of its best energy and inspiration for the midseason finale in a couple of weeks. There’s nothing wrong with episodes that focus on a single character, as the superb “Here’s Not Here” proved two weeks ago, but none of the trio of characters felt effectively utilized, thanks to a storyline that was very phoned-in and uninteresting. Not even Daryl made much of an impact this week, beyond losing his things. Not every episode can be murderous bandits and Walker carnage, I know, but even a show like The Walking Dead needs to try a little harder than this to maintain interest.

The Walking Dead 6.6: "Always Accountable" Review
The Walking Dead sadly disappointed this week, with a dull, phoned-in plotline that attempted to explore the events of Daryl, Sasha and Abraham's separation, but sadly only felt like it wasted the viewer's time for the most part.
THE GOOD STUFF
THE NOT-SO-GOOD STUFF
2015-11-16
62%Overall Score
Reader Rating: (0 Votes)
0%