I’m calling it. The Walking Dead is officially stuck in a rut. Granted, it appears to be hopefully getting out of that rut during the midseason finale next Sunday, given how “Heads Up” ended this week, but the journey to that point is yet another tired re-tread of material that the season has already hammered into the ground. This results in yet another filler episode that feels like it doesn’t accomplish anything of note, beyond one big revelation that some predicted in advance.

Yes, Glenn is not dead. His ‘death’ was a fake-out, predictably, though before I go off on a tirade about The Walking Dead wimping out and trolling fans, which is still true, and the showrunners should still be ashamed of themselves for it, I will at least say that the justification for Glenn’s survival wasn’t awful. He managed to roll underneath a nearby dumpster, took out some Walkers who were grabbing at him, and this created sort of a ‘shield’ that had the Walkers not noticing him, and eventually moving on, while Glenn was forced to hide the entire time, with little more than a mostly-finished water bottle. Ok, fine, I’ll give the show that. Glenn’s survival wasn’t as contrived as I imagined it would be. 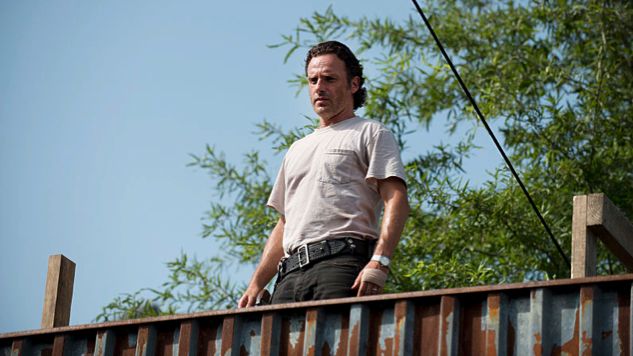 Even the idea to have Glenn pair up with Enid, who is still wandering around after ditching Alexandria, isn’t a bad one. The two enter something of an uneasy alliance, with Glenn twisting Enid’s arm to return with him to Alexandria, though Enid wants to move on. The two have some semi-interesting discussions about why they carry on, and what there is to stand for when everything seems hopeless, and the dialogue between these two is pretty solid. Glenn does eventually convince Enid to return to Alexandria, with the two signaling the town with some balloons they find when they see that Walkers have surrounded the entire community.

Unfortunately, everything that unfolded within the walls of Alexandria felt tedious and tired. There’s some effort made to further the fallout within Alexandria, but it all hovers around the idea that the Alexandrians need to be smarter and more prepared, which “Now” already dealt with. There’s also a debate with Morgan about whether or not he was right to let some of the Wolves go during the events of “JSS” towards the start of the season. Morgan admits having trouble with not killing anyone, especially people as clearly evil as the Wolves, though says that he still must believe that all life is precious, because it’s what keeps him going post-apocalypse. Too much of this debate was a re-tread of the same material from “Here’s Not Here” however, minus the novelty of flipping the debate around so that Morgan was the peacekeeper this time. 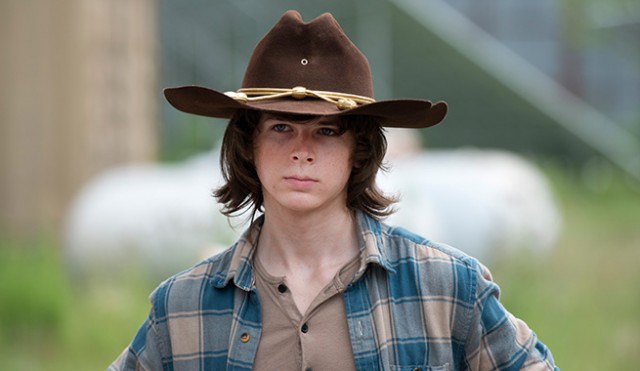 We also finally, at long last, get a chance to have a decent scene with Rosita, who has been extremely overlooked this season so far. Rosita is teaching a group of Alexandrians how to wield a machete, including Eugene, though Eugene still has trouble wielding a weapon. Rosita gets in his face about it, and her speech about the anguish behind being the one living, and death being simple, was one of the episode’s more inspired moments. The Walking Dead has also made this speech before, though this differed context and the fact that Rosita and Eugene both have connections to Abraham, who is believed to be missing or dead in Alexandria at this point (even though we know he’s alive), was a nice way to bring the point back, especially as Eugene is no doubt struggling with the loss of a strong man that he clearly looked up to.

Surprisingly though, the Rick material was a little faulty this week. after being mostly good all season so far. Rick once again decided to be a bit of a bully, seemingly at random, and started doing petty things like tearing down Gabriel’s advertisements for a prayer circle, and chewing out Tara simply for trying to save the life of another citizen, despite the fact that she was clearly not in danger. Rick does eventually apologize to Tara, on the bright side, but it’s still somewhat of a back-handed apology. This behaviour leads to Deanna yet again expressing some disapproval of Rick’s methods, though honestly, he deserves it, especially since his nasty demeanour really wasn’t called for this week.

The exception is a nice scene where Rick helps to fortify the wall with an Alexandrian man, who confesses that the town feared him and thought he was seeing issues that weren’t there, though admitted that Rick was right to be paranoid. The show already went over this, yet again, though in this case, this was a Season Five debate that was called back to. Regardless though, Rick randomly becoming a jerk in Alexandria is tired and overdone, not to mention contrived, and the show needs to cut it out, especially now that Rick is in charge of the place, and really doesn’t need to court more dissent by being a dick for no reason. 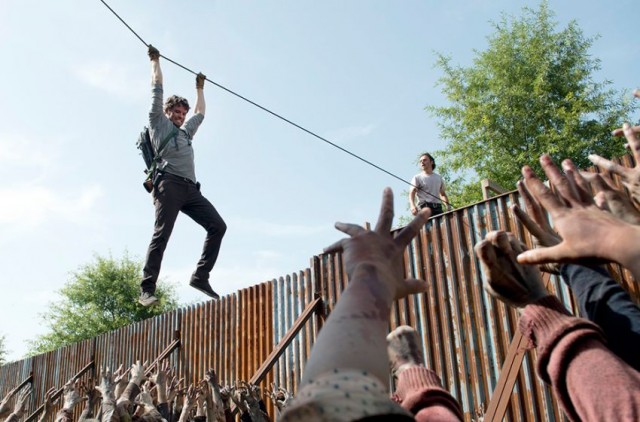 The other major scene that happened this week involved Spencer trying to escape, using a grappling hook, in a foolish attempt to lead the Walkers away, and help the town. This is the most exciting scene in the episode, though Spencer does survive, losing little more than a shoe. Deanna confesses to Rick that what her son did was stupid, but she didn’t feel that he was wrong. This is shortly after Deanna presents plans to Rick regarding how to rebuild Alexandria after everything is sorted as well. Yeah, Deanna was a little inconsistent this week. Is she behind Rick, or not? The show is kind of flip-flopping there.

Lastly, Carol also follows Morgan, who brings Denise with him, to the secret spot where Morgan is hiding the captive Wolf… Except, nothing comes of this. Carol simply asks Morgan who he’s hiding in the cell, but the point is quickly moot, as a watchtower tumbles into a wall, right as Maggie sees Glenn’s balloon signal (and assumes it’s Glenn immediately, for some reason), and this is where the episode ends, with the legion of Walkers now set to overrun Alexandria. Well, at least we get a solid midseason finale to look forward to next week, by the look of things. 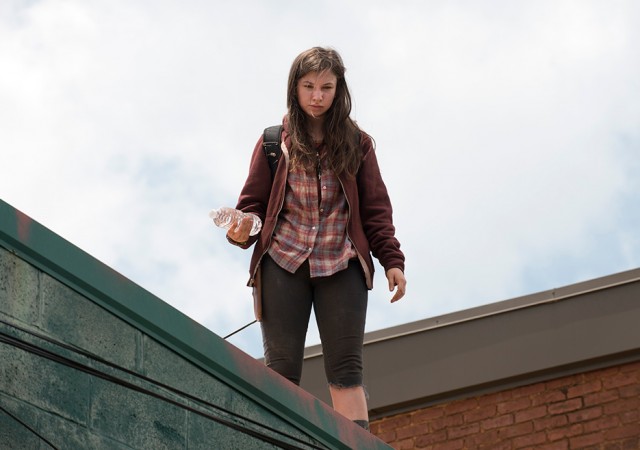 Yet again though, “Heads Up” reinforced the feeling that The Walking Dead is completely out of ideas for the Alexandria arc, and is now merely sitting around and twiddling its thumbs, simply so it can kill time before the midseason finale. The show recycled most of its material from former episodes this season, and last season, and didn’t really do anything of note beyond confirming that Glenn is alive, and breaching Alexandria for the Walkers, and possibly the Wolves too. Nothing else really happened, and the show didn’t move forward until the very end of the episode. Even then, we won’t see the result of this new danger until next week’s midseason finale. Hopefully at that point, the show can quit procrastinating, and finally push the cast into exciting new territory once again.

The Walking Dead 6.7: "Heads Up" Review
The Walking Dead yet again suffered through another filler episode, which completely recycled most of its material from prior episodes of this season and last, even if Alexandria being breached and Glenn being alive offered some decent promise for later.
THE GOOD STUFF
THE NOT-SO-GOOD STUFF
2015-11-23
61%Overall Score
Reader Rating: (0 Votes)
0%