After kicking off 2016 with a duo of standout episodes over the past couple of weeks, The Flash seemed to hit a pretty big speed bump with this week’s episode, “Fast Lane.” Since the show is kicking off a two-part event on Earth-Two next week, it felt like this episode simply had an obligatory space to fill in the seasonal order. It’s not often that we have filler episodes of The Flash, which usually manages to consistently feel like it’s going somewhere interesting, but this episode is definitely a filler episode, and a disappointing one at that.

A big part of the issues with this week’s episode is that it had to yet again fall back on a forgettable C-list DC Comics villain to serve as a disposable metahuman-of-the-week, in this case, Joe Monteleone, a.k.a. Tar Pit. After Monteleone is dropped in a pit of boiling tar by two of his fellow gangsters on the night of the Particle Accelerator explosion, he becomes a living embodiment of boiling liquid asphalt, and starts seeking revenge on the criminals that killed him. 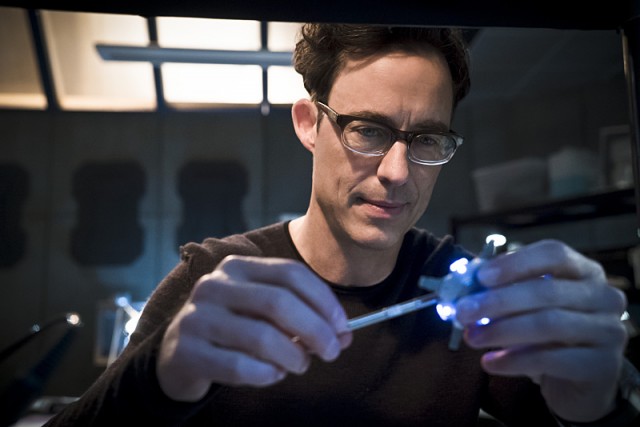 This is the blandest setup imaginable for a disposable villain on this series, and Tar Pit has to be one of the least remarkable metahumans on the show to date, which is saying a lot, because it’s had some very forgettable weekly throwaway baddies. In fact, a lot of the episode almost has Tar Pit feeling like an afterthought, simply serving as a shoehorned plot device to push forward other attempted developments with the West family and Wells, particularly when he’s given a laboured connection to the street racing overseers that Wally is racing for. Even Tar Pit’s defeat feels laughable, as Detective West uses the surviving criminal (the only one that actually willfully dropped Monteleone, to add insult to injury) to lure him out, then Barry throws some science macguffins at him, which freeze and shatter his tar form, so that Detective West can just punch him out and arrest him. Seriously? What a disappointment.

At the very least, the episode was held up on some great material for the West family, namely in how they struggle to deal with Wally continuing to put his life on the line to street race. Iris even tries to go undercover to expose the street racing ring for CCPN, getting pretty viciously threatened by the races’ organizer in the process, though Tar Pit provides the real danger, when Iris and Detective West come to a race that Tar Pit attacks, leading to Iris getting a shard of glass in the chest, since The Flash isn’t fast enough to move her out of the way. Don’t worry, she’s alright. It just leads to some good old family bonding in the hospital. 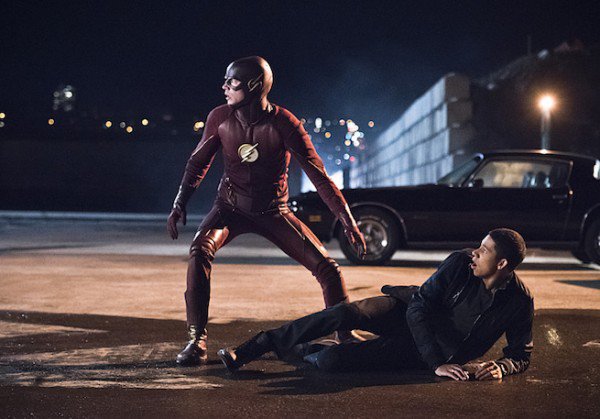 Barry being slower is a conscious plot point this week too, as Wells begins to start stealing his speed for Zoom. This is the reason why Barry isn’t fast enough to save Iris, especially when Barry ignores the slower speed ratings he’s generating, despite the warnings of Cisco and Caitlin. Wells does ultimately fess up, leading to an angered Detective West giving him a good punch, and tossing him in the pipeline, though surprisingly, Barry ends up taking Wells’ side again. Barry says that anyone in Wells’ position would have done the same thing, even citing when Cisco ended up assisting the Rogues to save his brother last season, and that no one on Team Flash would have done anything differently. This has the group making a big decision, whereupon they decide to all go to Earth-Two together to save Jesse, and that’s how the episode ends.

And therein, the hand of the episode is exposed. This whole episode just felt like a very roundabout setup for what’s hopefully a duo of far better episodes over the next couple of weeks, as a two-part Earth-Two event is put into motion. Sometimes, these bouts of slowing down are inevitable for any show, but it felt like the show in general just wanted to spin its wheels this week. Rather than continue setting up for the adventures of Earth-Two, the episode just seems to meander around and do the bare minimum, at least outside of the West family plot, and a couple of standout scenes with Wells. In fact, the show strangely seemed to want to do the opposite of setting up for the Earth-Two jaunt, which the group seems to agree to on a whim right at the end, since Barry and Wells discover a way to start individually closing the dimensional breaches. When they seem to talk as if they have a way to close them all from Earth-Two right at the end, all of these scenes of Barry and Wells trying to put their heads together to individually close the breaches on Earth-One just feel like a complete waste of time. 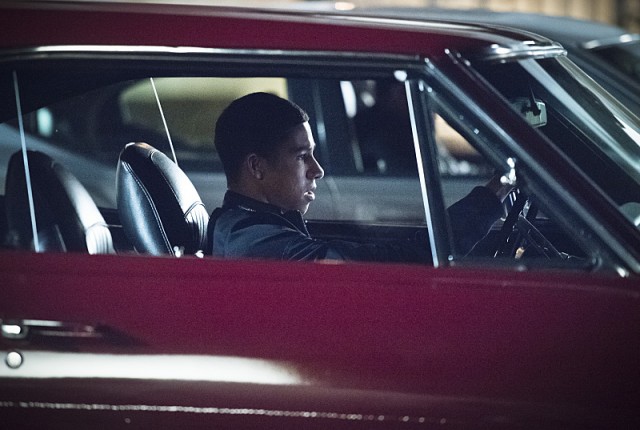 Even in a weaker episode, there’s still a lot of fun and charm for The Flash to carry itself on, but regardless, “Fast Lane” was sadly a real stumbling block for the series, and the first lacklustre episode that it’s delivered in 2016. Hopefully, the big adventure to Earth-Two will get the show back on track next week. If nothing else, at least we can rest assured that we’ll get at least two weeks without any other throwaway metahuman baddies.

The Flash 2.12: "Fast Lane" Review
The Flash unfortunately stumbled through its first lacklustre episode of 2016 this week, completely spinning its wheels with a filler offering that largely just wasted time, beyond a standout West family dynamic, and a shocking turn for Wells.
THE GOOD STUFF
THE NOT-SO-GOOD STUFF
2016-02-03
64%Overall Score
Reader Rating: (0 Votes)
0%