Legends of Tomorrow delivered a darker and more hair-raising episode this week, building on the grim ending of last week’s offering. “Fail-Safe” once again had the Legends banding together to save the timeline, though this time, Sara in particular is forced to grapple with the possibility of doing something very extreme for the good of the future.

Seeing as this episode built off of last week’s episode, the show is once again dealing with the efforts of Vandal Savage and Valentina Vostok to build their own Soviet version of Firestorm. With Martin captured and forced to finish the project, while Ray and Mick are left to suffer in prison, the stakes are getting higher, though Sara has a whole new personal conflict when Rip shows her how history has changed with Martin’s capture, leading to the Star City of 2016 now being decimated by several Firestorm’s, all commanded by Vandal Savage. Time is starting to solidify, and should the team fail to rescue Martin, Sara is the only one that can be trusted to kill him, since that will be the only way to save the future. 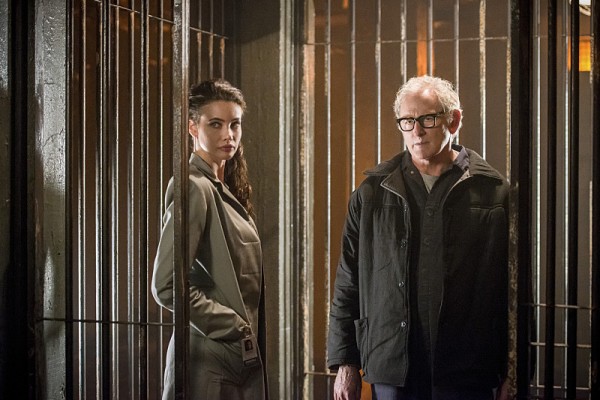 Legends of Tomorrow has tapped on dark territory like this before, namely with the death of Hawkman during the second half of the pilot, though this story angle delved into a whole new level of Rip’s cynicism and sense of duty to the timeline, even after fleeing the Time Masters. The fact that Rip is perfectly willing to sacrifice the Legends for the good of history was laid bare, and this re-interpreted the character in a very shocking way. We’ve already gotten the sense that Rip isn’t above lying or cheating to get what he wants, and this yet again casts him in a suspicious, yet intriguing light, on top of adding more thrilling danger to the Legends’ rescue efforts, of course.

On the flip side, Mick had something of the opposite journey this week, as Ray predictably doesn’t adjust well to the prison climate, getting beat up pretty severely after trying to be friendly to the inmates. Later, when Savage and Valentina start torturing Mick to try and get Martin to talk, Ray provokes the Russians into torturing him instead, later leaving Mick to feel a sense of confusion and guilt. The show has demonstrated the ‘good’ side of Leonard over the past couple of episodes, and it was interesting to see Mick get the same treatment here, as he later convinces Leonard not to abandon Ray, since Mick owes him for saving him a beating. In a strange way, Leonard and Mick continue to have their own unique moral code, which makes them two of the most surprising additions to Legends of Tomorrow, even now, though also two of the best additions too. 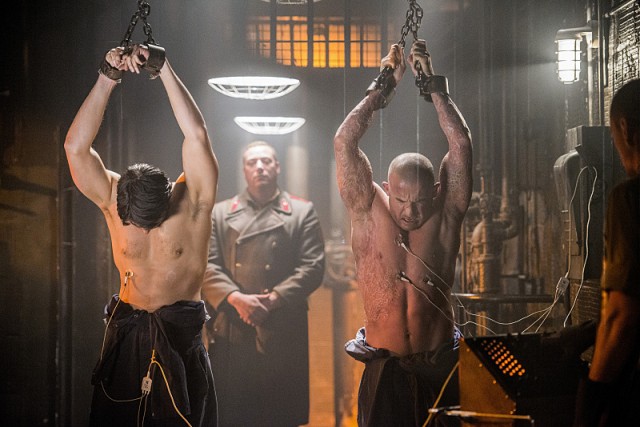 In fact, it’s Leonard that ultimately convinces Sara not to take the shot, as he says that it’s not proper to murder one’s teammate, even for the greater good. Sara lets history slip away as Martin is taken to a new reactor room, and forcibly merged with Valentina, to create a whole new kind of Firestorm, and seemingly doom the future. It’s another big moment, and one that continues to develop the core dynamic of the team well, as they are starting to take viable risks in the name of trusting each other. Only Rip seems to struggle with that, after he benches Kendra and Jefferson, again, at the start of the mission. Fortunately, he later changes his mind, ultimately deciding against his own fail-safe of killing Martin to save the future.

When Kendra and Jefferson return to the fray, a pretty cool climax is set into motion, as Jefferson defies his foot injury to avoid the prison sharpshooters and shut off the power, leading to a riot of inmates that allows Leonard and Mick to carry Ray out, against Leonard’s wishes, while Jefferson tries to fend off the Valentina version of Firestorm, urging Martin to fight her influence. Meanwhile, Rip confronts Savage again, who is lured onto the scene by the presence of Kendra, with Rip taking back his family locket before blowing up Savage and making his escape. That explosion proves to be the calm before the storm too, as Jefferson successfully separates Martin from Valentina, though this leads to Valentina’s nuclear powers becoming unstable, causing the united team to just barely flee a huge nuclear explosion, escaping into the time stream! Damn!

Of course, they’re not safe yet though, as Chronos once again locks on to Rip’s ship, and almost blows them out of the time stream. After managing to escape, the ship crashes through the time stream, and ends up in a mysterious new destination. The group quickly realizes that they’re in a ruined version of Star City, despite saving the future, though they’re not in 2016. Apparently, they jumped even further ahead, to 2046! As the episode ends, the Legends are confronted by a mysterious black-cloaked archer, whom they initially mistake for Oliver Queen’s Green Arrow, though he’s later revealed to be another man entirely, who opens fire on them right as the final scene fades out! Is this the DC Television Universe version of Green Arrow’s successor and son, Connor Hawke? It sure looks that way, though I suppose we’ll have to find out next week, especially since the showrunners have already confirmed that the DC Television Universe version of Connor Hawke won’t have any relation to Oliver Queen, unlike in DC Comics lore. 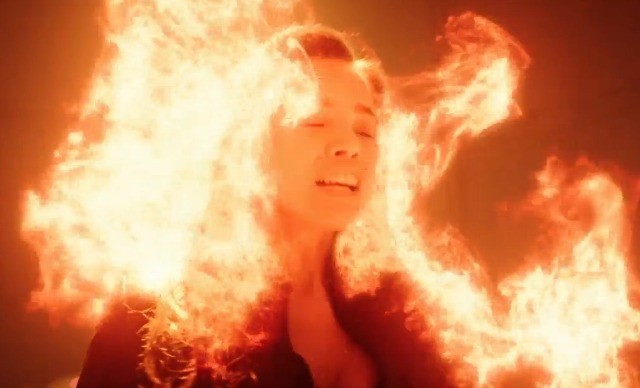 “Fail-Safe” was a very dark, surprisingly humourless episode for the most part, though as long as the show doesn’t completely abandon its light-hearted direction, episodes like this can be great when used sparingly. This episode proved to be another highlight episode for Legends of Tomorrow thus far as well, as it really dove deep into the struggles and pain of its title characters, and put them through their most difficult test yet, with the future once again hanging in the balance. At last, we’ll finally get to see the crew travel to the future instead of the past now as well, where we’ll possibly get a glimpse into how the battles of Oliver Queen and Barry Allen ultimately play out long after their shows would have wrapped.

Legends of Tomorrow 1.5: "Fail-Safe" Review
Legends of Tomorrow attempted an especially dark, harrowing episode this week, though pulled it off with superb results, as the team is forced to balance preserving history with preserving each other, while Ray and Mick find their separate moralities put to the test.
THE GOOD STUFF
2016-02-19
92%Overall Score
Reader Rating: (0 Votes)
0%