Microsoft announced some heavy duty restructuring today, which will no doubt leave fans of the Fable franchise with heavy hearts. After an initial post on Xbox Wire, by Microsoft Europe’s General Manager, Hanno Lemke, the Xbox maker issued a statement confirming what some had recently suspected for several weeks; Fable Legends has ceased development, and its final, complete version will never see the light of day on Xbox One or Windows 10. 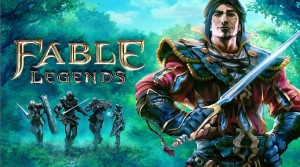 This cancellation of Fable Legends is nonetheless a bit of a shock, considering that Microsoft heavily promoted the free-to-play asymmetric multiplayer action-RPG since it was announced shortly after the unveiling of the Xbox One console (it was later confirmed to also be in development for Windows 10 PC’s), and the game has had a lengthy beta period since the ending weeks of 2014, first on Xbox One, then later on Windows 10. At the start of 2016 however, the beta periods for Fable Legends started to virtually disappear, having one last big beta offering to tempt more users into signing up at the start of this year, though it seems that this wasn’t enough, with the beta yet again going quiet soon afterward. From there, it was only a matter of time before Microsoft killed the project, which was clearly becoming a money sink that just wasn’t worth it anymore.

It gets worse too, as Lionhead Studios itself is now being threatened with closure, which the company confirmed in its official statement, where they claimed that they are helping Lionhead’s employees find new jobs with other Microsoft studios, and other game developers. Lionhead’s key founder and Fable creator, Peter Molyneux has long since left the outfit, to formulate his own independent studio, 22 Cans (which has been hit with its own share of controversies over Kickstarter-funded god game, Godus), with Microsoft then assigning Lionhead to work on the heavily re-tooled Fable Legends after Molyneux’s departure. 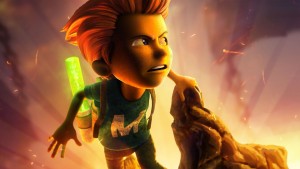 This proved to be a seemingly fatal move for the studio, and would also possibly obliterate any chance of a Fable IV ever materializing. Microsoft will of course retain the IP and publishing rights for Fable, though given that Fable is one of the company’s most high-profile gaming franchises, and Microsoft prefers to have entire studios single-handedly devoted to just one game franchise (i.e. 343 Industries on Halo, The Coalition on Gears of War, Turn 10 Studios on Forza, etc..), the closure of Lionhead doesn’t bode well for the Fable brand. At worst, it could be a sign of Microsoft wanting to put the franchise on ice, and believing that it’s no longer viable in any form at this point, not just the ambitious free-to-play design of Fable Legends.

Lionhead isn’t the only victim of the company’s re-focusing efforts too, as another Microsoft subsidiary, Press Play Studios, most recently known for Max: The Curse of Brotherhood on Xbox One and Xbox 360, is also being threatened with closure, according to the original Xbox Wire post, though Microsoft’s official statement so far only mentions the impending Lionhead Studios closure. Press Play was developing a mysterious new game called ‘Project Knoxville‘, a multiplayer-driven action-survival game, though this game has also apparently been axed now, alongside Fable Legends.

We join the gaming industry in offering our prayers and best wishes for the well-being and good fortune of the employees for both Lionhead Studios and Press Play Studios, as they move on to new ventures.

Keep questing to Eggplante for all major news and updates on Fable.