Supergirl really knocked it out of the park with the superb, “Falling” last week, but fortunately, “Manhunter” didn’t feel like the steep downgrade that some of those follow-up episodes to especially great Supergirl offerings can be. This episode kept the storytelling quite strong, especially since it effectively carried over from Kara’s Red Kryptonite-induced mayhem, namely when she forced J’onn J’onzz to reveal his true self to the world, with the human population now predictably terrified of him.

Much of the episode dealt with the fallout of the now-unmasked impostor of Hank Henshaw, as Hank/J’onn is interrogated by government officials, led by Colonel James Harper, and Lucy Lane, who has now returned to her post as a U.S. Military Major since quitting CatCo. With Kara and Alex helpless to do anything about the situation, they’re forced to watch Earth hate and distrust Hank’s true form, despite them knowing that the undercover alien that leads the DEO has nothing but goodness and heroism in his heart. 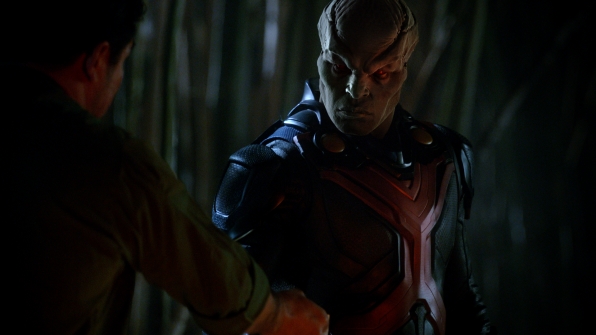 Fortunately, the drama led to some especially strong flashback scenes, which gave insight into not only J’onn J’onzz, but also Alex, who has some particularly surprising background in her short time before joining the DEO. We only see so much of J’onn, before he would become Hank, in his first encounter with Jeremiah Danvers, but this sequence was nonetheless strong. It’s also seemingly inevitable to DC fans that the real Hank Henshaw is indeed a xenophobic, bloodthirsty prick, seemingly setting up a dramatic return for his character as Cyborg Superman, or some similar tech-fueled super-villain menace, as he becomes in DC Comics lore.

This episode gave us one of our best chances in a while to see Dean Cain reprise the role of Jeremiah Danvers, and his good-hearted researcher is definitely the kind of devoted father that you can easily root for. His first meeting with J’onn is rather heartwarming, and even touches a bit upon Martian Manhunter’s familiar hatred and weakness of fire from DC Comics lore, though this is interrupted by the real Hank Henshaw when he gets J’onn in his sights. Jeremiah ultimately manages to wrestle Hank off of a cliff, seemingly killing him (from the nature of this turnout, and given how comic book villains roll, his fate now seems a lot more uncertain), though Jeremiah also dies from a stab wound in the process. This is what motivates J’onn to assume Hank’s identity as the boss of the DEO, even if it does somewhat beg the question of why the organization never noticed that Hank seemed to abandon his alien hate-boner almost instantly after one of their biggest missions. Maybe J’onn altered their minds somehow? 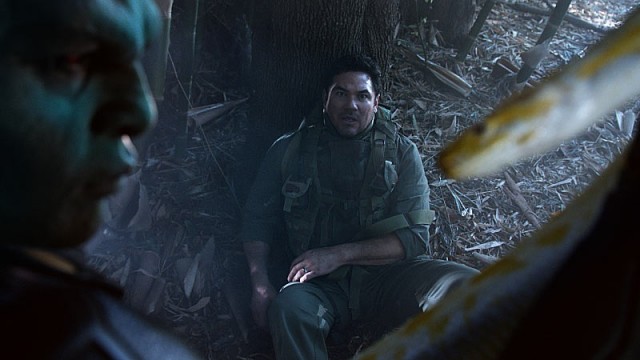 Some of these story beats are a bit predictable with J’onn, given what we’ve already heard from his account of the story in prior episodes of Supergirl, but it was nonetheless appealing to see how things really went down, even if J’onn was being pretty truthful. The bigger twists came from the flashbacks involving Alex, who quickly sees the potential of Kara’s power and heroics during their childhood. The show even demonstrated that Alex sank pretty far in her envy with Kara too, ultimately growing up to be a destructive, reckless party animal that was arrested for attempting to drive drunk after a night at the club, which is how J’onn/Hank first met her. Alex was very green at this point, which was neat to see, since it suggests that her ‘tough gal’ persona wasn’t always there, and like Supergirl’s now-damaged reputation in National City, Alex had to earn her stripes as a DEO badass for quite a while.

Even if Kara doesn’t really get to mending her superhero reputation yet, her superhero identity still plays a big part in the episode’s events this week, as she ends up backed into a corner after Alex gets herself arrested alongside her boss, and is forced to get James to set up a private meeting with herself and Lucy. Here, at last, Kara reveals her secret identity to Lucy, which was a pretty cool moment, especially when Lucy finally admits that she always knew, but didn’t allow herself to put the pieces together, due to her former relationship with James. Lucy’s become more useful and interesting than she’s ever been in this episode, after helping Kara bust out Alex and Hank/J’onn, and subsequently being appointed as the new acting head of the DEO, after Colonel Harper is given some mind altering by his Martian captor. This new direction is both surprising and inspired, and at last, it feels like Lucy’s character finally fits into the dynamic of the show in a good way, beyond being an unwelcome supplier of tedious relationship drama for James and Kara. 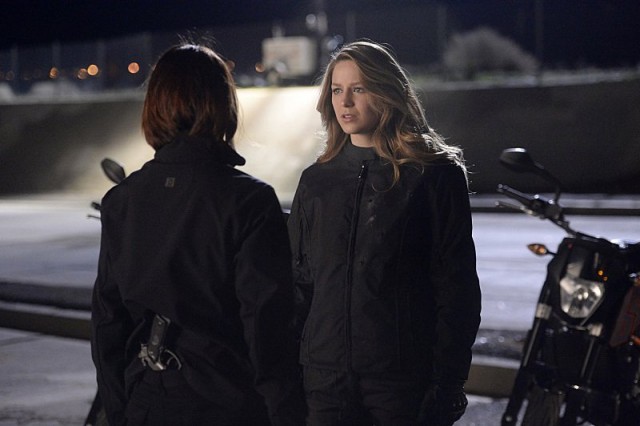 The only story element in this rather strong episode that didn’t work as well was a subplot with Siobahn, who whines to Winn for a bit about Cat firing her, then decides to enact an idiotic revenge plot of breaking into CatCo and sending a forged E-mail to Cat’s account, seemingly outing Kara’s angry feelings about her superior. This story arc not only makes no sense, namely because Siobahn could somehow sneak into the one of the highest-security buildings in National City undetected, and could just access Kara’s work computer without any passwords or other such nonsense, but is also a stupid plan, because Siobahn is inevitably caught. Obviously, Kara’s not an angry bitch, so I don’t know what Siobahn was expecting to happen, especially when she’s romantically involved with a computer expert who can obviously tell Cat that the E-mail is bogus, and he does.

Since Cat is not an idiot, she naturally knows that Winn is telling the truth, and Siobahn is told never to come back, because next time she’ll be dealing with the police. The episode then ends with Siobahn drunkenly ranting on a roof, which Winn mistakes for a suicide attempt, before Siobahn breaks a heel and actually does fall off the roof, before screaming with sonic-powered strength and bandaging her fall. Yes, Siobahn is apparently already DC villainess, Silver Banshee on Supergirl, which even she didn’t seem to be aware of, or so the episode appeared to portray. Frankly, this silly subplot merely felt like a laboured excuse to expose Siobahn’s powers, and it dragged down the many other great narrative elements that were at play this week, even if only slightly. 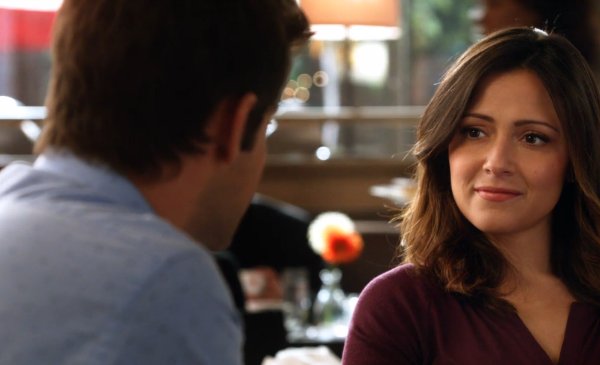 Still, “Manhunter” was another very strong episode of Supergirl, and one that was exceptionally dramatic for most of the show’s leads. The Siobahn arc was a bit of a dud, but at least the promise of her fully embracing her super-villain identity as Silver Banshee for the big crossover episode with The Flash next week should make up for that. The show’s entire dynamic has been changed in an effective way with this episode too, as Lucy assumes control of the DEO, and both a fugitive Alex and Hank/J’onn are left to try and infiltrate Project Cadmus, a familiar alien-probing location from DC Comics lore, which may house a not-so-dead Jeremiah Danvers. It looks like Supergirl is really starting to amp up towards its Season One climax, and if it can keep up this great story quality, the season’s final three episodes will surely be a blast, especially with The Flash joining the fun next week!