The Flash finally returned after its month off this week, and given the recent big reveals we’ve had with Zoom, this new episode, “Versus Zoom”, was all about diving into the backstory of the dangerous super-villain. Apparently, the false identity of Jay Garrick was indeed adopted by the Hunter Zolomon of Earth-Two, which may seem anti-climactic to DC fans, who would already know that ‘Zoom’ from DC Comics lore is Hunter Zolomon in the printed panels as well, but for more casual fans, the idea of Jay being an undercover serial killer from Earth-Two is still a pretty great one.

It was also neat to have Zoom’s backstory eerily parallel a darker antithesis of Barry’s backstory, sort of like the relationship between Batman and Hush, if we reference another well-known DC character and an iconic villain of his. Witnessing Hunter Zolomon as a child see his mother murdered at the hands of his father, who then went to prison, while Hunter was then placed in an orphanage, was both clever and unsettling, effectively setting up the dangerous menace that would come to be this season’s big bad later.

Overall, this episode had a fantastic emphasis on the importance of family, especially in how it showed the thin thread of difference between the path of Barry Allen, and the path of Hunter Zolomon. This idea was also explored with Cisco, who is revealed to be the key to tapping into the energies of the DC Television Multiverse, due to his abilities being able to open the fabric of dimensions by aligning the frequencies of parallel Earth vibrations. On this note actually, Barry takes a new tachyon speed enhancer for a test run in this episode, which briefly appears to blink him out of existence, leaving him confused as to how long he was gone for when he returns to S.T.A.R. Labs. If you’re a sharp fan of DC’s television shows, you no doubt noticed that this is where Supergirl’s crossover with The Flash took place in The Flash’s timeline, especially since it explains the weird gizmo that Barry was wearing on his chest when he appeared in the Supergirl universe for said crossover episode.

Anyway, when Wells finds a way to shrink down the tachyon enhancer, Barry is finally able to run as fast as Zoom, leaving him itching to take on the villain and defeat him once and for all. Trying to encourage Cisco to open a path to Earth-Two, Barry is surprised to see that Cisco won’t do it. Cisco gives the justifiable example that the outstanding power of Reverb turned him to the dark side, even using a Star Wars analogy to illustrate how new powers will tempt Cisco to become like his evil doppelganger from Earth-Two over time. This was another effective way to bring up the episode’s emphasis on family themes, as Barry explains that Cisco was always there keeping him in check every time he developed a new ability as The Flash, and Cisco has plenty of people that will keep him in check just the same. Fortunately, this seems to give Cisco the resolve to open a breach again. 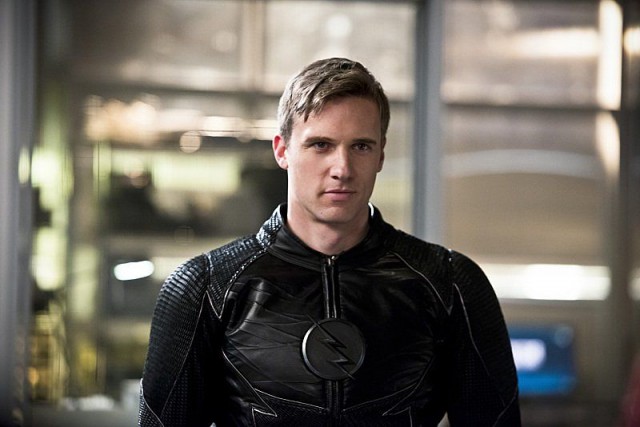 Cisco can’t open the breaches at first, but after Wells gives him his recognizable Vibe goggles, Cisco manages to open a portal to Earth-Two, just in time to lure Zoom, and bring him to S.T.A.R. Labs, where some convenient cardboard cutouts of his parents distract him while Barry manages to neutralize him with one of those speed-canceling rings. This was another very clever way to use Zoom’s family against him, especially after Wells outlined the twisted history of Hunter Zolomon for Team Flash, though unfortunately, Zoom gets out of his confinement, and runs off, taking Wally hostage and threatening his life, if he doesn’t get Barry’s speed in an exchange.

Unfortunately, here’s where an otherwise great episode starts making a fatal error. Using Wally as Zoom’s hostage is a big mistake, especially since he hasn’t been around long enough to actually motivate Barry to give up his speed, which he stupidly does with only a short while of thinking it over. Hell, even Detective West somewhat pushes Barry to do this, despite the obvious danger that this would present for Central City, and possibly even the world at large. If it was someone like Henry Allen, maybe this would have made more sense, or even Jesse Quick, though the latter would have resulted in another Wells betrayal, and the show has already gone down that route this season. 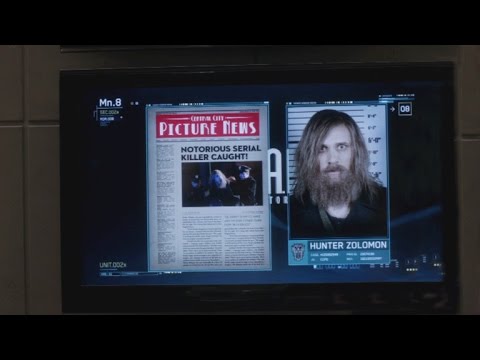 Whatever the case, Barry gives up his speed, which Zoom injects himself with, nearly killing Barry in a fit of rage afterward, until Caitlin talks him down. Caitlin appeals to the Jay Garrick side of Zoom, which still seems to exist somewhere in Hunter Zolomon’s corrupted mind, but while it’s enough to save a de-powered Barry, it unfortunately also results in Zoom snatching Caitlin and running off with her as the episode ends. Figures. This was a really frustrating ending, honestly, and it would have been far more dramatically interesting if Barry and co. actually put Wally’s life on the line to try and figure out another solution, which might have actually justified Wally’s excessively angry schtick in that case. Given that Wally had just recently agreed to move in with Barry and the West family in this episode though, I guess the episode couldn’t start immediately throwing wrenches into that story turn.

It’s annoying that, “Versus Zoom” trips up at the finish line, despite packing in lots of great Zoom material, and giving Cisco an exciting new ability that boosts the scale of the show in a satisfying way. Even the idea of Barry losing his powers might have been fine, had he forcibly lost them, rather than voluntarily gave them up for his dickhead stepbrother like an idiot, but sadly, that’s the hand we were dealt this week. Perhaps next week’s episode will pack in a tighter-executed storyline, as Barry must no doubt face a new threat without his powers, but at least Zoom continues to be a worthy villain, especially now that S.T.A.R. Labs is going to be extra crippled in the fight against him.

The Flash 2.18: "Versus Zoom" Review
The Flash dove into the backstory of Zoom this week, humanizing the monstrous villain in an effective way, even if the episode is tripped up by a frustrating conclusion.
THE GOOD STUFF
THE NOT-SO-GOOD STUFF
2016-04-20
85%Overall Score
Reader Rating: (2 Votes)
82%