HBO is premiering several of their most beloved shows’ latest seasons this Sunday, and they’ve already started thinking beyond that as well. The premium cable network confirmed today that they’ve officially renewed Game of Thrones, Silicon Valley and Veep ahead of their Sunday season premieres, ensuring that all three shows will return in 2017, even before their upcoming seasons have aired.

Game of Thrones’ renewal is more or less a formality at this point, since HBO already previously confirmed that both a seventh and eighth season were being planned for the epic hour-long fantasy drama series inspired by George R.R. Martin’s novel saga, A Song of Ice and Fire. The series is currently planned to conclude with Season Eight, though a ninth season can be planned if necessary, according to the network. While the episode order for Game of Thrones’ seventh season is currently unknown, executive producer, David Benioff has hinted that it could be shortened from the series’ usual ten-episode seasons, and that negotiations with HBO are ongoing for now. The series airs between 9:00-10:00 P.M on Sundays.

Silicon Valley continues to be a highly celebrated half-hour HBO sitcom going into its third season this Sunday, winning both Emmy’s and Golden Globes. The series revolves around the gold rush of tech startups within the titular setting, providing a comical take on how the people most qualified to succeed are the least capable of handling success. Created by King of the Hill’s Mike Judge, alongside fellow showrunners, John Altschuler and Dave Krinsky, and loosely inspired by Judge’s formative years in Silicon Valley, it’s assumed that Season Four of Silicon Valley will once again comprise a ten-episode length, as with its previous seasons. Silicon Valley airs between 10:00-10:30 P.M. on Sundays. 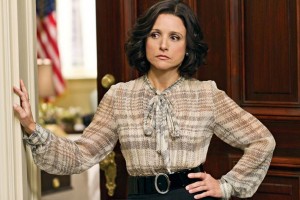 Finally, political satire, Veep, staring Seinfeld’s Julia Louis-Dreyfus, also an Emmy winner, will return for a sixth season in 2017, once again revolving around the grinds and misadventures of female President of the United States, Selina Meyer. Created by Armando Ianucci, and executive produced by Julia Louis-Dreyfus, alongside David Mandel, Frank Rich, Chris Godsick and Lew Morton, Veep airs from 10:30-11:00 P.M. on Sundays, and its sixth season will likely comprise the usual ten episode-length.

Keep amassing to Eggplante for all major news and updates on Game of Thrones, and other high-profile HBO shows.